How four Black artists made their way in music 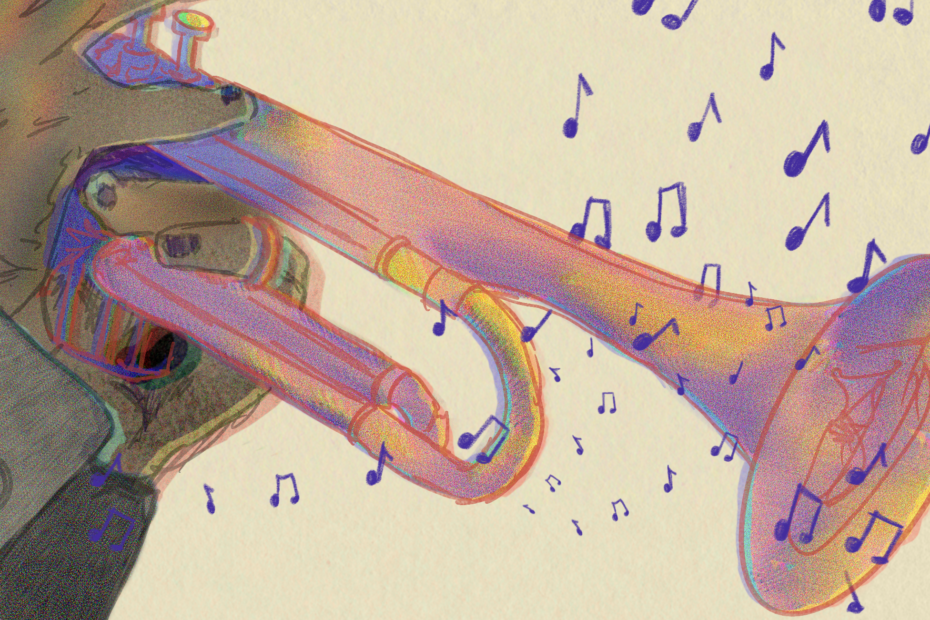 At McGill’s Black History Month event on February 9, “Black Perspectives: Artists Navigating Spaces,” panelists, Modibo Keita, Koudjo, Professor Camille Thurmon, and Sarah MK spoke about finding their way in their respective industries, their experiences navigating cultural and institutional spaces in Montreal, and the communities and mentorships that helped them along the way.

DJ and music journalist Antoine Alavo kicked things off by inviting the artists to introduce themselves. Professor Camille Thurman explained that this is her first year of teaching at McGill, specializing in jazz studies, specifically, voice and saxophone; she is a bandleader and composer and she works to encourage young women and students of color to get involved in the arts through her workshops and masterclasses. Koudjo, an entrepreneur and music producer from Togu, co-founded a media platform called QCLTUR which promotes Black music and culture. Modibo Keita, otherwise known by his artist name, Simb0, introduced himself as a jazz trombonist and freelance producer; Alavo chimes in that Keita is being modest and that he was the musical director for the Marvin Gaye tribute at the Montreal Jazz Festival in 2021. Sarah MK explained that she is a singer/songwriter, backing vocalist, producer, and teacher who studied jazz at the University of Montreal.

The significance of various cultures in music, especially jazz, could not be stressed enough throughout the event. Jazz originated in the Black communities of New Orleans, emerging from a blend of musical traditions, including ragtime, brass-band marches and blues. With regard to jazz music, Keita discussed a disconnect from Black culture within institutions, stating that jazz education will often be “what fits in academia and not so much what makes sense with the culture.” Professor Thurman voiced her agreement, adding that jazz education is a shell when you take out the culture, later stressing that you have to understand the culture that makes the music. Koudjo discussed the importance of creating his own space for hip hop music; he explains that there are a lot of people who “do not understand the culture” in hip hop –  which is why he started his media outlet, QCLTUR which promotes Francophone urban culture.

Each panelist had a different musical journey. Koudjo shared an anecdote about finding music back when his family first had access to the internet in 1998 while he was in high school in Kenya; that was how he taught himself how to compose and make music. Koudjo got his bachelor’s degree in economics, explaining that his African family did not see music as a legitimate first career choice (the other panelists smiled in apparent understanding). Professor Thurman said that she did not grow up with easy access to music and that she saw it as a luxury; she laughed as she explained what a hassle it was getting to her music lessons when she was younger. Sarah MK started out in health science with no music education and eventually auditioned at Vanier.

Sarah MK and Modibo Keita were both part of the  Kalmunity Vibe Collective, which has had a big impact on their musical and personal journeys. Sarah MK discussed that the collective, which started over 15 years ago in small places such as the Sablo Café, connects cultures and allows people to come together as musicians. Keita started going to Kalmunity around the age of twelve and said that it helped him find mentors and a community. Keita also mentioned how, even though he started the trombone later than his peers, his community mentored and supported him through it; he went on to say that he found his mentors by being in the right place at the right time.

Despite the panelists’ different journeys, they all emphasized the importance of community (such as Kalmunity and the Union Des Artistes, as mentioned by Sarah MK) and mentorship for young, Black artists; each panelist discussed their journey into music and how community and mentorship played a large role in it. Professor Thurman, who now mentors many students herself, said that she is teaching the way she was taught by her mentors. Professor Thurman stressed the importance of students being given the tools to succeed and explained that this is why she created a free mentorship series called “The Haven Hang” to bring together women artists. Professor Thurman expressed her frustration that many students are “disenfranchised from having access to the arts just based on their zip code” and how free resources and platforms for aspiring Black artists such as “The Haven Hang” are important to connect with people who “look just like you [the students].”

When asked “what’s next?,” all four panelists discussed new projects that they are working on. Sarah MK is touring Europe soon and Modibo Keita is focusing on The Shed, a pop-up concert series that he started himself, as well as a personal documentary he filmed in Mali while working on his latest album. Koudjo said QCLTUR will be putting out their second compilation album project and Professor Thurman is excited to be putting out an album with Professor Darrell Green, a jazz drummer and assistant professor in the McGill department of music performance. Surely the success of these outstanding artists will act as an inspiration to anyone hoping to pursue similar dreams. It is the hope of the panelists that knowledge and teachings can be passed down through mentorship and community. By providing accessible platforms and creative spaces, a pipeline to music education can be created for aspiring Black artists.