How PTA Masters the “Staying-of-Age” Flick

A review of ‘Licorice Pizza’ 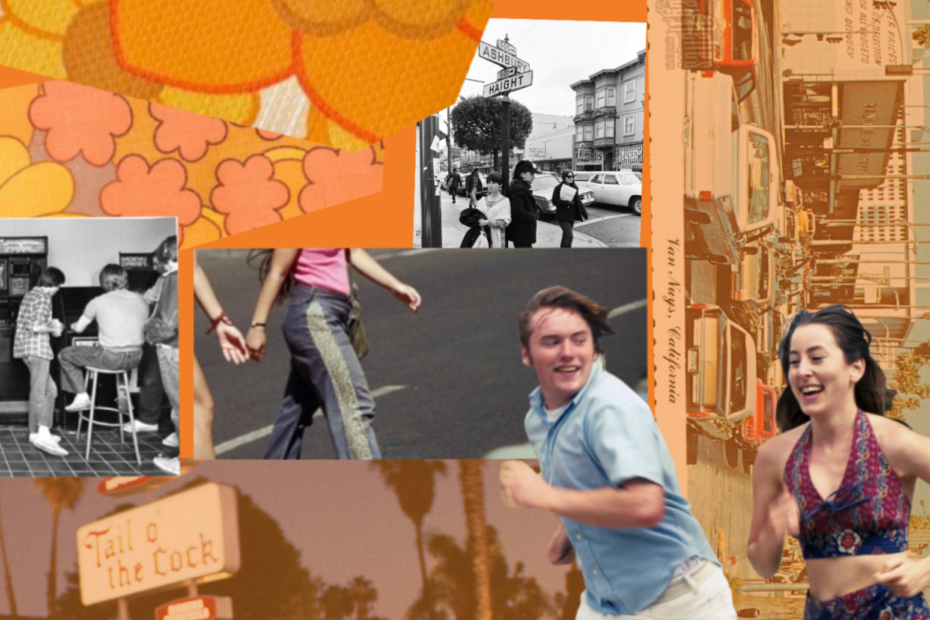 The phrase “Licorice Pizza” is a reference to the name of a defunct record store chain that existed in 70s era California. But it’s also the title of Paul Thomas Anderson’s (PTA) newest offbeat, witty, and vaguely seductive movie. Like the chain, this retro time capsule is a valentine to an era frequently remembered by the complicated legacy of sex, drugs, rock ‘n’ roll, and the restlessness of its younger generation. However, PTA also decidedly showcases the bad side to the ’70s, including multiple instances of antisemitism, police brutality, homophobia, and casual anti-Asian racism by including a white character who repeatedly breaks into an preposterous caricature of a Japanese accent.

You don’t have to be a teen, like Gary Valentine (Cooper Hoffman), or a young adult, like Alana Kane (Alana Haim), in the San Fernando Valley to find yourself thoroughly sucked into the kinetic, nostalgia-ridden, and entertaining world of Licorice Pizza. Even though the film has been widely marketed as a coming-of-age movie, PTA puts a distinct nostalgic twist on the genre. This is a love story which does not solely focus on a romantic relationship, but rather on a nostalgic love for adolescence itself and adolescent behaviour in general.

Licorice Pizza is a case study of young adults in their enthusiastic pursuits to identify meaning in their lives at their own pace. With no clear-cut plot, the film follows the precarious friendship between Alana and Gary as they find themselves part of an ever-expanding array of misadventures involving pinball palaces, election campaigns, waterbeds, and run-ins with eccentric Hollywood figures. The movie is filled with children acting like adults, such as the 15-year-old Gary, and adults acting as children, like the 25-year-old Alana. Blurring these lines is precisely the point of this anti-coming-of-age tale, as every character is in an equal state of pretending to be mature or immature at all times.

Still living at home with her family, Alana is embarrassed yet also intrigued that Gary, a pimple-popping adolescent, has accomplished more in his short life than in her slightly longer one. She is immature – acting anxious, naive, and aggressively angsty, but more than anything, she longs to feel important. Alana is not presented as typically feminine – not wearing makeup, having crooked teeth, and rebellious to a fault. She feels like an authentic young woman who has none of the superficiality of many other Hollywood idealized examples from similar films. It is these qualities that make her so magnetic to both Gary and the viewer. The film paints Alana in the realm of a disillusioned “girl with mousy hair,” This description also has a direct connection to one of the many ’70s throwback needle drops infused throughout the film, here as through the lens of David Bowie’s “Life on Mars.”

Gary is a slightly-successful child actor with so much confidence it almost seems silly that he hasn’t been handed the key to the city itself. He is the charming ringleader of a group of boys who assist him in his hustles, from selling waterbeds to opening up pinball palaces.

Some viewers have problems with the romantic elements between the two leads, considering their age gap implies pedophilia and grooming within the relationship. Their relationship consists mostly of flirtation and Alana frequently reminds Gary that there is a line that cannot be crossed as he remains hopelessly devoted to her. Nonetheless, there is a scene in which Alana shows her breasts to Gary and the film ends with them kissing as the camera closes in, implying a “happily-ever-after-ending” and therefore condoning the inappropriate relationship. It is questionable whether the romantic aspect of their relationship contributed to the plot, but showing both stages of growing up from Gary and Alana’s perspectives makes the film feel fully formed. The chemistry between Alana Haim and Cooper Hoffman is undeniable, and they carry the film with flying colours. Hoffman has the chops to sculpt a wholly believable and relatively complex character, while Haim’s character is hilarious, realistic, and intensely crushable.

As business partners, Alana and Gary orbit each other as they come of age, with each character wanting not to grow up. Gary believes in his big-shot adult-like abilities despite being trapped in a teen’s body while Alana is trying to find herself within the endless whirlpool of adulthood. While they develop a kinship amid their crazy lives, there always seems to be a longing for something more. They each want someone to take themselves seriously and listen to what they have to say. This makes them perfect matches for one another even if they can’t stop the fast pace of their lives to realize it right away.

PTA injects a boatload of rapidly-paced sequences that sometimes makes it hard for a viewer to reflect on what has just taken place. But aren’t the weird one-off events that seem to pop out of nowhere and yet make up for timeless stories exactly what defines many moments of anyone’s adolescence? Nothing is more apt of an example than Bradley Cooper’s hyped-up role as a Hollywood producer and beau of Barbara Streisand. Cooper’s couple of scenes with Gary and Alana are some of the funniest of the year, blurring the line of absurdity and celebrity realism.

Other names like Sean Penn, Skyler Gisondo, Tom Waits, and the smile-inducing presence of Benny Safdie round out just some of the rest of the eclectic supporting cast. Perhaps the best of all is Harriet Sansom Harris, who has one magisterial scene as Gary’s crazed casting agent. The whole sequence is framed in such extreme closeups that it induced the biggest laugh I’ve had all year.

The cinematography, done by PTA himself alongside Michael Bauman, has a kind of golden lushness that makes the viewer feel as if they are inhabiting memories from their own childhood. Even when it is nighttime, it still feels like the world is glowing with a youthful picturesque lens. The sun-bleached streets look like a place where anything can happen.

A motif of this film, present in many of PTA’s previous works, is the action of running. It happens over and over again throughout this movie. Alana and Gary are on the move and questing for something, but unlike other coming-of-age movies, their race is ultimately futile. You can’t have life happen to you, you have to happen to it. Licorice Pizza is a film about memory, and striving for more as a younger person would. It is an affectionate portrait of a nostalgic and universal pursuit: pure unadulterated youth. Licorice Pizza is about the extraordinarily relatable and powerful emotions that each of us feels as we come of age. So many pivotal moments in our youth are wrapped in the idea of wanting to stay young forever, so that we can hang onto our dreams a bit longer. It emphatically illustrates that if you can grasp any existing aspect of your innocence left, you must sprint towards it like Alana and Gary do, and never let it go.