The legacy of colonialism in the museum space 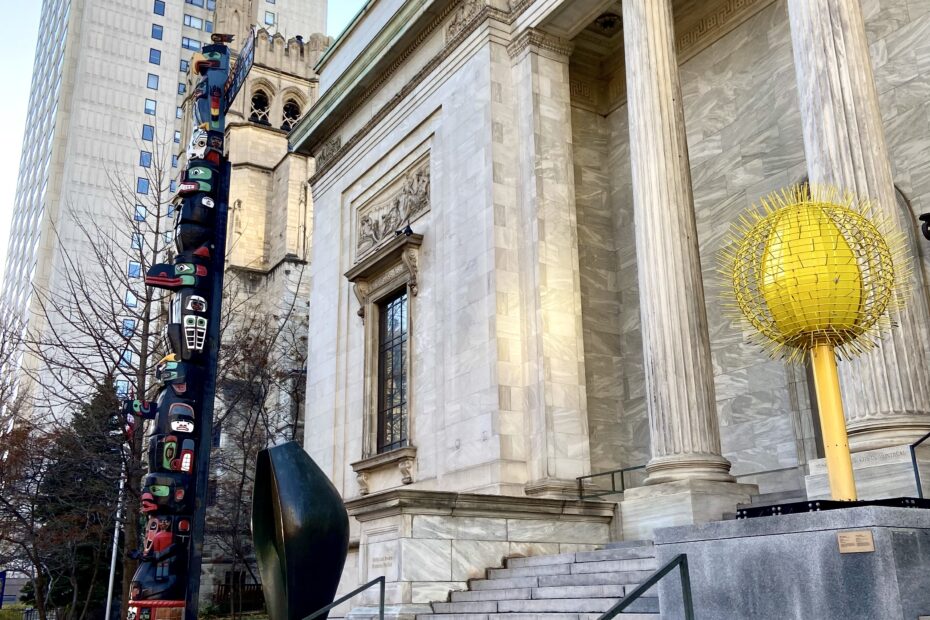 By design, a museum is a place of great significance. Whether on a scale of the universal or the ultra-niche, they house narratives which allow us to physically walk through and wonder at a microcosm of the world. They are also important sites for cultural preservation, public history and education.

However, the museum is, has been, and always will be, a colonial institution. The modern museum may try to contend with this legacy, but it has yet to evolve.

From the curio cabinets of wealthy 16th century European families, collecting art and artifacts has historically been a display of power and its material embodiment. By the colonial era, Western powers celebrated their conquests by exhibiting pillaged items, which were divorced from their original contexts in order to impose their superiority over colonized nations.

The museum as an institution is based on a specifically Western relationship to the world. Objects of cultural heritage on display in large, survey-style museums like the Montreal Museum of Archaeology and History, the British Museum or the Metropolitan Museum of Art date back to the colonial period, and were often attained through what we now understand as looting. As these collections are in fact the legacy of many modern museums, they remain a testament not just to a dominant culture, but a culture of dominance.

Museums reaffirm the disparity that some people are invited to be the audience, while others are made into a spectacle. When there is no perceived need for respectful representation, it will not happen. Most commonly, museums will merge different cultures together on the basis of their colonial pasts. The Arts of Africa, Oceania, and the Americas wing at the Metropolitan Museum of Art in New York and the Musée du quai Branly in Paris are but two examples of this particular kind of otherization.

The heritage of these cultures entered the museum in the 19th and 20th centuries not as artwork, but as objects or fetishes. And even today, this is how they are treated: no artists’ names are attached – more accurately, no names were ever collected. The understanding becomes that certain cultures create art, while others are only capable of producing artifacts.

Yet it matters that these relics remain part of the experience. The value of a display is not inherent, but rather in its orientation of the gaze. A collection does not impart its prestige unto its objects, but onto the structure – whether institutional or imperial – that owns it. Perhaps nothing is more important to a museum than this concept of ownership.

Ideally, tracing back the lineage of an item’s ownership – known as provenance – would safeguard the arts of the world against looting by verifying who has had legitimate custody of an artwork. But when one considers the impossible number of artifacts stolen and still being displayed in the museums of colonizing countries, the custodial question becomes hypocritical. Even if there are relics attained scrupulously, the pain of this history outweighs their presence.

Countries like Egypt, Mexico, Greece, Ethiopia, and Bangladesh have consistently petitioned for the restitution of their artifacts since at least the 19th century. Small wonder that activists like Emery Mwazulu Diyabanza would attempt to abscond with a Congolese statue from a French museum – does the West only accept pillage when Western institutions commit it?

In response, institutions like the British Museum portray themselves as beset on all sides by enemies as it attempts to single-handedly preserve the heritage of the empire. A number of condescending assertions will be thrown out in defense of these museums, most commonly that former subjects are not in a position to care for their own heritage.

Perhaps most lamentably, the vast majority of their artifacts sit in storage, where the average museumgoer would never find them.

The existence of modern museums is so reliant on this stranglehold over the world, yet they do not do enough to address the humanity of the cultures on display. Exoticism and decontextualization plague even contemporary exhibitions, since they cannot escape the legacy that physically houses them.

Representation in the museum remains an extremely complicated reality.

This is more complicated than guests wanting to connect with the collection or to see themselves in the works on display. Rather, it is concerning how little the decision makers in museology have sought to expand their ranks to better reflect a diverse cross-section of our modern society. Power over the museum exists not just in its collections, but in the hands of its board, its trustees, its curators. These positions are few and their requirements are many. This ranges from the advanced degree requirements for higher positions, to their reliance on networking relationships.

As a result, museums are overwhelmingly wealthy, overwhelmingly white spaces. These institutions, however, seem more interested in cursory gestures than real, committed integration. In 2019, the Guggenheim Museum’s first Black curator, Chaédria LaBouvier, was left off of the panel discussion related to her own exhibition “Basquiat’s ‘Defacement’: The Untold Story,” amongst a litany of other abuses.

The fitful reopening of doors shuttered by the COVID-19 pandemic has also reopened old wounds about accessibility. In the thick of the crisis’ earliest days, many museums looked to digitize their collections to serve their lost audiences.

This sudden push to make collections as widely available as possible only served to further highlight the discrepancies embedded into the physical space of most museums. The architecture is often an accessibility nightmare because it is not commonly recognized as an obligation. The discrepancy between the abled and disabled audience deepens further when you consider vision and hearing impairments.

Stepping into a museum and back into public life may certainly feel like a lost art, but for many, it has always been a luxury. There is often the barrier of admission fees, but financial pressures within a museum will also foster exclusion.

The Royal Academy of Arts in London had the opportunity in 2020 to save scores of jobs by selling its Taddei Tondo by Michelangelo. This was swiftly denounced and thrown out by its board, adamant in holding onto the prestige of ownership. This was despite the obvious detriment to the operations of the museum – how can the museum hope to educate the public at large when it refuses to provide its education staff a living wage?

Unpaid internships and income disparities for positions will often dissuade lower-income candidates from applying. The pandemic has also only worsened burnout for an already overworked, underpaid workforce.

The pandemic has thrown the dire straits of the modern museum into high relief: the cost of lockdown could equal up to a third of American museums closing permanently. In the face of difficult decisions and ensuing austerity, it seems unlikely that museums will be in any position to radically rethink their approach or operations.

However, it is still being done. Small museums in rural Britain have spearheaded their own decolonization initiatives while direct inclusion of Indigenous populations has become increasingly common across the globe. Community involvement and activation addresses the issue of representation by returning context to the works on display. Even more importantly, these practices centre the people responsible for these cultures and respect their stewardship over their own heritage. Other passive and active attempts at decolonization are also possible, but still require ongoing discussion. We can’t hope to address every colonial wrongdoing in one exhibition, but we can start somewhere.

Rethinking the modern museum requires operating them for the living – a breathing room, rather than a mausoleum.