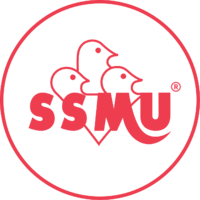 On November 25, SSMU’s Legislative Council convened for their last meeting of the semester. Councillors discussed President Darshan Daryanani’s ongoing absence; later in the evening, Councillors and Executives had a heated exchange regarding a lack of consultation in two of the motions submitted for review.

A number of questions for SSMU executives were submitted by students prior to the meeting. The first question asked for a “complete and unredacted explanation as to the whereabouts of the President and General Manager [GM],” or a citation of the “aspect of confidentiality” which may prevent Executives from providing such an explanation. VP Finance Éric Sader, who said he felt “like a broken record,” explained that the President’s absence is a human resources (HR) issue; because the Legislative Council is a political body which does not concern HR affairs, Daryanani’s absence cannot be discussed publicly with the Council. In response to the request for an explanation of why the reason for Daryanani’s absence is confidential, Sader claimed that “it would absolutely defeat the purpose for me to reveal what part of confidentiality is relevant here […] I refuse to answer that part of the question.” The following question also concerned the absence of Daryanani and the GM, and asked Executives whether the student body and Legislative Council are entitled to know why these crucial members of SSMU have been absent for months. Sader reiterated that HR issues cannot be discussed within the Legislative Council, and claimed that HR issues are “not relevant” to the student body.

Yet another question regarding Daryanani’s absence was posed to executives: “What has happened to the $10,000 that has been allocated to the salary of the President and the General Manager?” Executives chose not to comment. However, in response to a question asking whether employees of the Society who have not fulfilled their duties should receive a salary, Sader said that “in the situation where there were no extenuating circumstances,” employees who failed to do their job or “suddenly went AWOL” should not receive compensation.  Another question asked why the absences of the President and GM have not been communicated to the student body; Executives did not comment. When asked why the Society has not announced the absence of the current GM even though the resignation of GMs have historically been made public, Sader said this comparison was faulty as the current GM has not resigned. He also claimed that “the Society is functioning better than ever,” despite the fact that the tasks of the GM and the President have been redistributed amongst Executives.

Later questions asked how the President’s absence may diminish student representation within McGill’s administrative body; VP University Affairs Claire Downie, who has filled Daryanani’s position on the Board of Governors (BoG) and Senate, stated that many SSMU and PGSS representatives also hold a place within the Senate. “There haven’t been any motions or any discussion points where one student vote […] would have really made a huge difference,” she said. Downie also explained why the Society did not have a representative at the university’s October 7 BoG meeting: Executives had been told that they would be able to act as a proxy for Daryanani, only to find out that this claim was incorrect upon being denied admission to the meeting. The issue has been resolved and Downie will continue to attend BoG meetings on behalf of SSMU.

One question asked how the safety of Palestinian and pro-Palestinian students is being ensured by the Society. Sader responded that SSMU is conducting an investigation into the allegations that a blacklist containing the names of pro-Palestinian students has been circulating among Society representatives. Sader continued that this issue is “currently in discussion on [the Board of Directors]” and that a master plan to address anti-Palestinian racism and sentiment on campus is currently being drafted. He also noted that he is troubled by the allegations, as blacklists are produced by “destructive institutions.”

Finally, executives addressed questions regarding how the Board of Directors (BoD) is meant to be held accountable as well as the nature of reforms recently implemented in SSMU’s HR Committee. Sader encouraged students interested in holding BoD members accountable to read SSMU’s Constitution – in particular, Article 6.8 details how BoD members can be removed from their positions. Later, he explained SSMU’s HR reforms: Executives have been removed from the HR Committee; the Equity Commissioner has been added to the Committee; and SSMU’s HR Manager and HR Director are now present on the Committee as non-voting members. These changes allow the HR Department to hold executives and high-level managers accountable, and reflect how the HR Departments of most non-profit corporations are structured.

The first motion to be discussed was the Motion Regarding Amendments to the Internal Regulations of Student Groups, written by 2019-2020 SSMU President Bryan Buraga, moved by Arts Representative Yara Coussa and seconded by Arts Representative Ghania Javed. As Coussa explained, Affiliated Political Campaigns – that is, those campaigns which have received a mandate from the Legislative Council, or by Referendum or General Assembly – are not entitled to free room bookings or tabling in the University Centre, unlike Full Status Clubs. Additionally, the motion stated that “Affiliated Political Campaigns have faced hardships when attempting to receive financial and non-financial support from the Society” because the VP External has failed to approve campaigns’ requests in a timely manner. As such, the motion called for Interim Provisions to be made to SSMU’s Internal Regulations of Governance; these provisions would allow Affiliated Political Campaigns 15 hours of free room booking and eight hours for kiosk/tabling in the University Centre, the same provisions which Full Status Clubs are entitled to.

Sader expressed frustration over the lack of consultation with Executives. “The fact  that the mover and the seconder were completely unable to answer very basic questions is honestly a little bit debilitating […] [the fact that] Bryan Buraga, who was previously President, has such a lack of understanding of governance procedures […] is honestly baffling.” Speaker of Council Alexandre Ashkir interrupted with a call to order and asked Sader to retract his comment; Sader complied, but maintained that the motion was fundamentally unconstitutional. VP External Sacha Delouvrier and VP Student Life Karla Heisele Cubilla echoed Sader’s frustration. Delouvrier characterized  the lack of consultation as “inappropriate” and also expressed disappointment in Buraga – Ashkir again had to remind executives to “watch [their] language.” Coussa later asked Sader to apologize: “there is no need to be rude and impolite to the mover and seconder who wanted to empathize with advocacy groups on campus.”

Next, Sader presented the Motion Regarding the Fall 2021 Budget Revision; such revisions are conducted every October, but this year’s revision had to be postponed due to “operational difficulties.” The motion passed, with 24 representatives in favour and one abstention.

Finally, Management Representative Nathaniel Saad presented the Motion Regarding the Absence of the SSMU President. Seeing as the President has not attended any Legislative Council or Executive Committee meetings this semester, the motion calls for the President to submit a letter of resignation within 48 hours of the motion’s ratification by the BoD. If Daryanani does not submit this letter within the allotted time, a Special General Assembly will be held during the first week of the Winter 2022 Semester; students may submit a motion to the General Assembly calling for the President’s impeachment. Saad pointed out the ramifications of Daryanani’s absence: not only does the President collect a salary of “around $32,000” – again, Executives have not confirmed whether Daryanani is on paid leave – but his absence has caused extra labour for other Executives, which Saad said “is really not a sustainable situation.”

Neither Councillors nor Executives raised concerns about the motion during its question and debate period, so the motion was put to a vote by roll call immediately. 18 representatives voted in favour of the motion, while nine abstained – all five of the Executives chose to abstain. This year’s BoD includes Executives Éric Sader, Claire Downie, Sarah Paulin, and Karla Heisele Cubilla; Councillors Ghania Javed, Benson Wan, Charlotte Gurung, and Yara Coussa; and while there are four seats available for students who are not part of Legislative Council, these positions have yet to be filled, according to the SSMU website. The Board must reach a two-thirds majority to ratify the motion.