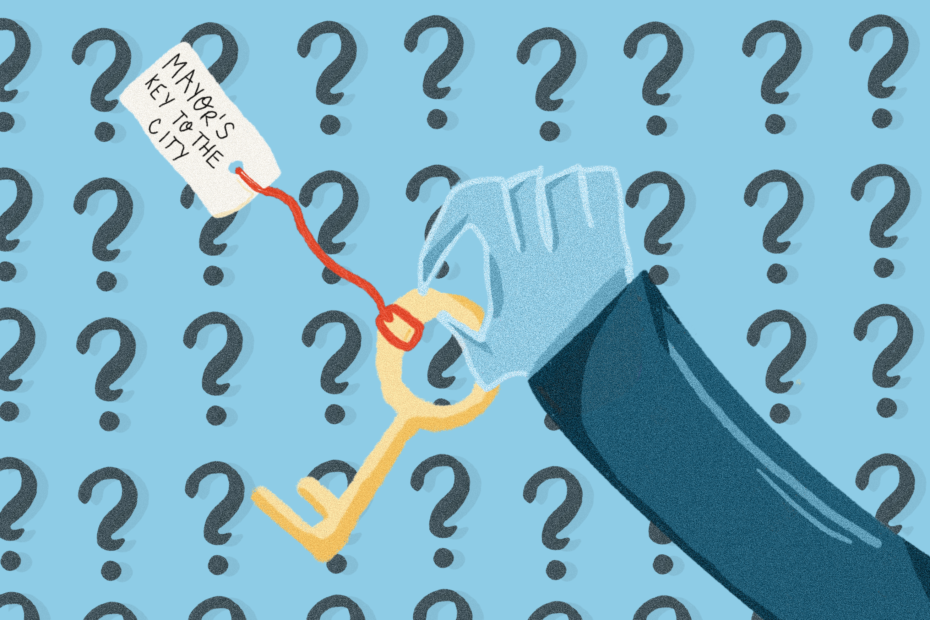 Just over one month following the conclusion of the Canadian federal election, Montrealers once again headed to the polls. In what was expected to be one of the closest elections in decades, three candidates vied for Montreal’s top job in the November 7 mayoral election. Here’s what you need to know:

Following an upset win that made her Montreal’s first ever elected female Mayor in 2017, Valérie Plante sought re-election for the first time. Plante had pulled off what many considered the improbable by defeating then incumbent Denis Coderre, despite trailing by as many as 14 percentage points early in the campaign. An activist turned politician, Plante started her career fighting against tuition hikes and hydraulic fracking before becoming Montreal City Councillor for Sainte-Marie and eventually Mayor. Plante serves as the leader of Projet Montréal.

Ensemble Montréal candidate Denis Coderre sought to become Montreal’s Mayor by challenging Valérie Plante for the second time. Coderre served as a Liberal Member of Canadian Parliament for Bourassa from 1997 to 2013 (where he briefly served as Immigration Minister), before launching a successful bid for Montreal’s top job in 2013. Serving as Mayor until 2017, Coderre lost re-election to Plante. By seeking a second term, Coderre looked to become the first Montreal Mayor in almost 50 years to win non-consecutive terms. Coderre serves as the leader of Ensemble Montréal.

The youngest of the three frontrunners, Balarama Holness is a professional football player turned lawyer and political activist. Serving as leader of Mouvement Montréal, Holness played in the Canadian Football League for five years. Following retirement, he pursued a legal career, recently graduating from McGill University’s Faculty of Law. In 2017, while studying at McGill, he ran for borough mayor of Montréal-Nord (as a member of Plante’s Projet Montréal), losing to Ensemble Montréal’s Christine Black. If elected, Holness would have become Montreal’s first Mayor of colour.

Coderre has claimed he is  the “only party leader capable of bringing spending under control.” His economic plan uses a combination of price controls and relief funds to reduce municipal spending and provide support for small businesses.

Ensemble Montréal, as reiterated by Coderre during Montréal’s English debate, cites a commitment to “not increase taxes above inflation” while also “capping… [the] increase… [of property taxes to] 2% for [2022].” Coderre and his team also pledged, if elected, to conduct an audit of all the city’s expenses in order “to reduce the debt affecting the metropolis.” Finally, Ensemble Montréal plans on setting aside $50 million for merchants’ associations and community groups.

Leveraging her past two years as Mayor during the pandemic, Plante’s economic plan builds on her already implemented recovery measures – measures that froze the property tax rate and cut city spending throughout COVID-19.

Projet Montréal now aims to continue recovery efforts by aligning property tax increases with the rate of inflation. Plante said her party will invest in the city, pledging an additional $16.7 million in funding to The Village, doubling its support to the homeless, and promising to spend $1 million on helping neighbourhood cinemas and artist studios if re-elected.

Holness, comparatively, is pushing for a complete legal reimagination of Montreal, advocating it to receive “city-state status”; he argues that the move would grant the city more taxation powers. Mouvement Montréal is also proposing that Ville-Marie have its own borough mayor to “help better manage downtown.” Finally, Holness is advocating for the creation of “ tax exemption zones in [struggling] commercial sectors,” such as LaSalle.

“We are about mixed squadrons, we are about helping community organizations, better training for police, de-escalation,” said Holness in an October mayoral debate.  “There’s this idea that we can invest in firearms and police to solve these crimes and that is not the correct solution.” As part of his plan, Holness aims to mandate yearly training for all police officers, including specialization training for incidents of domestic violence. Mouvement Montréal also aims to reallocate some funding from the SPVM towards affordable housing and health services.

Accusing both Holness and Plante of being “for defunding the police,” Coderre opposes Holness, arguing for an increased police force in favour of community outreach programs.

To do so, Coderre plans on hiring 250 more police officers if elected, while also promising to double the number of psychosocial emergency and mobile reference support teams available in the city. His platform also pledges to purchase body cameras for all police officers within the first 100 days of their hire. Finally, Ensemble Montréal plans on improving lighting in public places like parks, while adding more security cameras at metro stations — where Coderre claims hate crimes are likely to occur.

Incumbent Valérie Plante aims to strengthen community ties with police officers. Plante’s platform would require officers to serve in the same neighbourhood for at least three years, claiming that “community ties are a critical crime prevention tool.” Projet Montréal then plans to invest $5 million annually to support community organizations that “work in the prevention of violence and crime among young people and in urban safety.” Plante also supports equipping Montréal’s police officers with body cameras by 2022, and supports the creation of shelters for women who “are victims of violence.”

Projet Montréal builds on their previous housing plan, advocating for what they claim is the continued success of the Montréal housing market. By using land already owned by Montreal — such as the former hippodrome, Louvain Est, and surplus land belonging to the federal government — Plante calls for the creation of 60,000 long term affordable housing units, including an additional 2,000 for students within 10 years; Projet Montréal defines “affordable” as costing 10 per cent below market price. Plante’s Projet Montréal also plans on renewing the Réflexe Montréal housing agreement, as well as allocating $100 million over 10 years towards acquiring land for social housing purposes.

Expressing his belief that “Housing is a fundamental right,” Holness has spent the campaign lamenting “the Plante administration [for taking] 3.5 years to address the housing crisis.”

Mouvement Montréal also plans to build new affordable homes, to the tune of 30,000 (though the timeline has yet to be announced) while also proposing a provincial and federal tax credit for contractors that build affordable rental homes. A Holness administration would vow to close the loophole on the 20-20-20 bylaw. Finally, he plans on steadily increasing the city’s housing budget by  2 per cent each year between 2021 and 2025.

Coderre has attacked Plante’s 20-20-20 bylaw, suggesting that it is chasing developers away. He has instead proposed a plan to increase affordable housing by over 10,000 over the next four years. Ensemble Montréal, if elected, would also encourage the conversion of disused office towers to residential use, and invest $25 million in a social and community housing investment fund. Curtially, Denis Coderre is the only leading candidate that seeks to outright abolish the 20-20-20 bylaw; Plante stands by the bylaw while Holness seeks to close perceived loopholes.

Balarama Holness is the only leading candidate that seeks to recognize Montreal as bilingual. The Mouvement Montréal plan includes the immediate translation of all government documents, reports, and publicly accessible information into both French and English languages. Holness also opposes Bill-96.

Valérie Plante joins Coderre’s positions on both Bill-96 and Holness’ bilingual proposal, expressing her belief that Montréalers are “united by the French language.”

In a statement released to the general public, Coderre announced that “to join in the climate transition, Montrealers will have the wholehearted support of the Coderre-Gelly administration, who will fully assume its role in achieving carbon neutrality by 2045.” They also pledge to continue developing ecological urban farming on farmland in the West End and create neighbourhood markets in disadvantaged areas.

Similarly, Holness also plans for Montréal’s to achieve net neutrality by 2050 — the target date set by the Canadian government. He also vows to establish an Independent Advisory Council on Climate Justice to advise the Mayor on environmental policy, and to help with the implementation of the city’s climate plan.