An interview with Director Mi-Jeong Lee 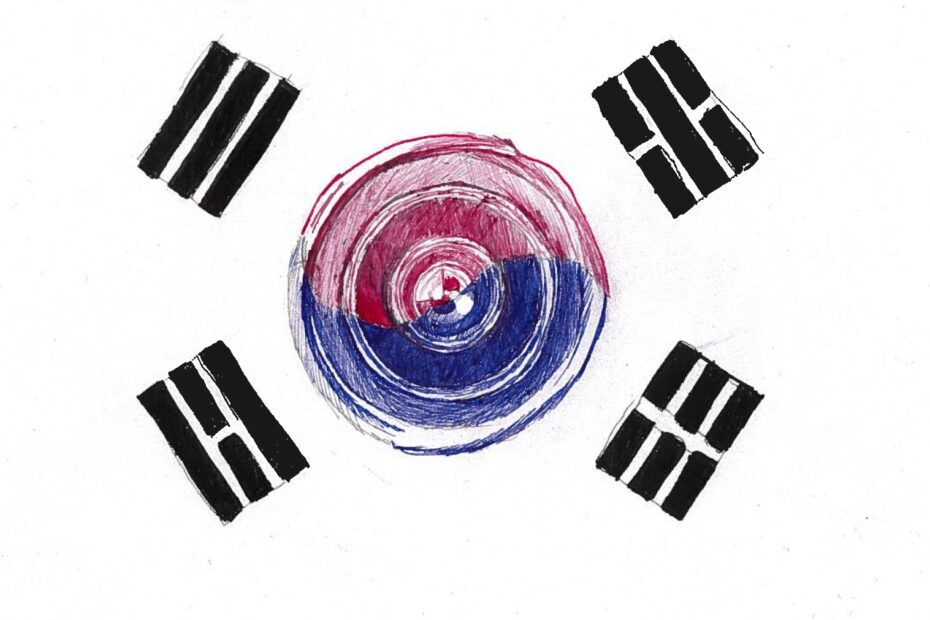 The Korean Film Festival Canada (KFFC) is an artist-driven and artist-collective organization based in Montreal. This year the KFFC had its 8th anniversary, held online from September 30 to October 30. It presented film screenings, seminars, workshops, artist talks, and publications. I spoke to director Mi-jeong Lee and we talked about the history of the film festival and its mandates, as well as reflected on this year’s program and theme: women’s perspectives.

Hyeyoon Cho for the McGill Daily (MD): Could you tell us about how the film festival came about?

Mi-jeong Lee: Actually, this film festival never planned to make an organization at all. So in 1996, while I was a masters student in film studies, I noticed there was a lack of visibility and an understanding of Korean cinema, both in academia and in broader Montreal. That’s how I contacted Cinémathèque Québécoise and we started to showcase Korean films. I realized I cannot do all this by myself so I invited a couple of other students and we made a collective, which was like an Asian cinema club. In 2013, we started to have the first edition of the Korean Film Festival Canada. Before that, I was also working for the Fantasia Film Festival and when we made a spotlight on Korean cinema, it was centered on genre films because what Fantasia is looking for is very particular. So the type of films we present now in KFFC, I couldn’t present them at Fantasia. This is why I thought, “genre films are fine, but other kinds of Korean cinema need to be showcased.” So that’s how in 2013, the Korean Film Festival Canada was born.

MD: Was there a reason why you chose “women’s perspectives” as the theme for this year’s KFFC?

Lee: Yeah, actually, this is the second series of that theme. Last year we started to focus on women’s perspectives because they are less heard, especially in Korean cinema. Recently, Korean women directors have been in the spotlight but their works have been disregarded in the past. And I thought it’s the right timing to bring this up and that’s how we started last year, under the theme of “women’s perspective beyond borders.” This year, we expanded the theme and featured a wide range of films that are not exclusively made by women directors. For example, we highlighted women’s labour in the category “Warzone Bodies.” This highlighted narratives about comfort women and featured three films: I Can Speak, Murmuring Voices II and The Apology. Comfort women were abducted by the Japanese army during Japanese colonialism when they were very young. They had to serve male soldiers. After the war, their stories got lost; whether they are alive or dead, it doesn’t matter whether they were able to come back to their own country afterwards. However, this sense of loss and trauma affected them their whole lives. But this kind of life and memories, I don’t know, how can I say, they cannot be archived, right? It cannot be archived, it’s not a tangible object to put in the archive. So we wanted to feature films that amplify the voices of women, who still want to talk despite the archival and institutional silence. That’s why we emphasize war zone bodies.

MD: I find that this year’s program reflects on the genealogy of women directors and the works they crafted, but it also features films that capture the vantage points of women in contemporary Korea. It is almost like they are speaking to each other. I wonder, what was the programming process like?

Lee: Yeah, I think time travel is very important because the past always informs the present, but the present also reflects the past. They are almost mingled in a way. So in that manner, I think bringing back classic films points us to look at what was there at that time, and how they are also reflected in today’s narrative. Also, contemporary cinema borrows from the formal and aesthetic languages that were invented by classic films. So this time travel is interesting. When I study art, I’d like to go back. I make genealogical connections, and I adopt a kind of archaeological approach. I love that personally. So I thought it’d be interesting to bring different temporalities and times. And we also have a new section called  Zainichi Korean living in Japan. And we see a lot of Zainichi diaspora becoming artists in Japan. Why? Think about it. When there is pressure, then there is also the emergence of creative resistance, right? So I think that’s the way I see the art form as a way of expressing resistance. This Korean Film Festival in Canada is also a form of resistance that speaks to our lived experiences in Canada. We don’t need to make another commercial film festival, because there are already so many.

MD: This year, films such as The House of Hummingbird, Our Body, Our Home, directed by women filmmakers, were featured. They also show a revival of women’s narratives by the new millennium directors. What are your thoughts on this revival, and do you think it is significant?

Lee: I don’t think these artists necessarily showcased their works as films made by women; I think they just wanted to express themselves as artists. So when we look at those films, of course, there are some differences. For example, Our Home sees the world from the children’s eyes. I want them to be perceived as artists. The reason that we emphasize  women’s perspectives for the film festival is because films are rarely looked at from women’s perspectives. It is very male-oriented, and it exclusively props up narratives about masculinity. So we were trying to look at these works again, and re-discover their narratives from an alternative vision. .

MD: What’s the driving force that makes you do this work? And why is it important for your team as well to sustain this film festival?

Lee: I never, ever thought I would be continuing to do this. But it has become a way to express my identity and to look at it. Identity means that it’s not a fixed form but fluid. It fluctuates, depending on the environment you’re in. Why do people look at me as a token of cultural diversity? Why do they say to me, you are part of the minority group or visible minority? All these questions make me want to express something. So I think, this film festival is a kind of a social intervention, done through artistic form. This is one way of doing the Korean Film Festival with my colleagues, because I know that I cannot do it by myself. So therefore, I have some sort of anxiety towards this kind of, I don’t say discrimination, but it’s just some divisions that are always putting us outside [the mainstream]. It was very natural for me to keep on doing this work. For me, it’s not about how many tickets we are able to sell. If people learn about Korea through these films and appreciate the visual languages, this is what we care about. We also express ourselves through these types of films. We also showcased not only Korean movies, but we were able to touch on this diasporic sensibility by including films situated in Asian Canadian context. So that’s why the festival is no longer a National Cinema festival.

I also believe KFFC must be a playground for artists, and also for our team members too. I think it’s very important that our team feels that they belong here. When you are always seen as an immigrant coming from the outside world, there is a sense of emotional detachment.

So there’s this kind of a barrier that’s hard to break through. But I want KFFC to be a space for these youths, and I’m slowly stepping down from leadership roles. And I really hope this next generation takes the lead. So that’s how we are shifting right now. Since this year, we’ve been treating KFFC like an artistic playground, where we fall, make mistakes, will get hurt, but it is also much more creative and safe for us. We can always adjust, both internally and externally. And that’s what I want to make. It takes time, but it’s okay.

MD: How has conducting the festival’s activities online impacted you and your team’s experiences?

Lee: Last year when COVID-19 hit, we shifted the format of the festival and our working environment from offline to online. Somehow it was very, very successful, but much more successful this year. Since it’s held online, viewers based in Korea could also watch the films and interact with Montrealers or people from elsewhere. It was an amazing experience we had, especially when we had the opening reception. Over 20 people participated as a guest speaker, as well as 57 people showing up to the meetings. It was really wonderful.

This interview has been edited for clarity.