Prisoners denied medication and time outside their cells 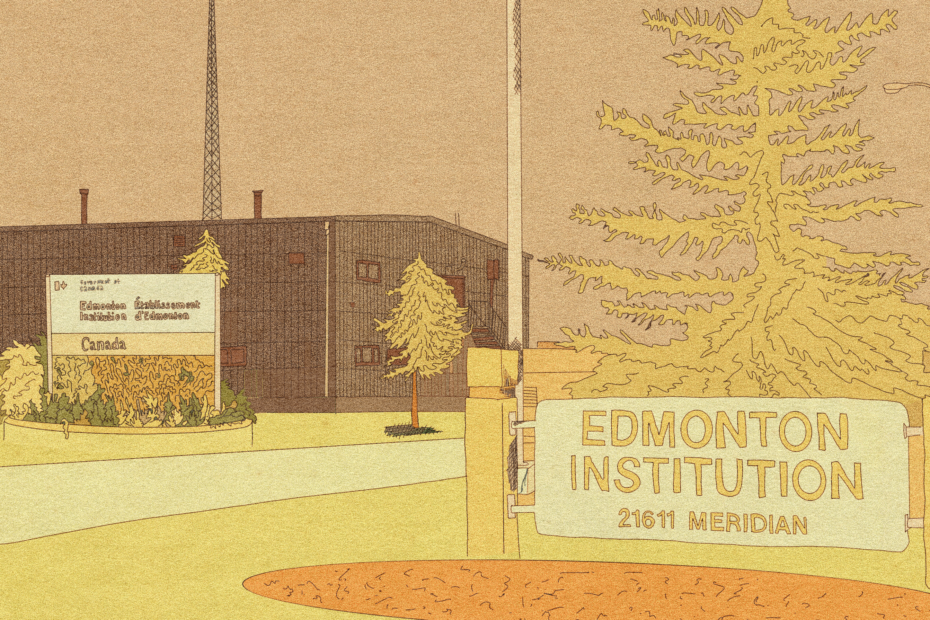 * names have been changed to protect anonymity

In September, the John Howard Society of Canada sent a letter to Edmonton’s Police Chief pressing for a formal investigation into internal conditions at Edmonton Institution – also known as Edmonton Max – the city’s maximum security men’s facility built to detain around 300 prisoners. According to the society’s executive director, Catherine Latimer, reports from inmates detail “maltreatment in medical care and in the use of solitary confinement” by facility staff and management – in some cases, staff have withheld medication from prisoners. In the past, Edmonton Max has been reported to deny inmates of their prescribed medication in a rampant display of “corruption” and “significant workplace dysfunction,” according to those investigating the institution.

The John Howard Society’s letter called to attention once again the inhumane conditions of the institution. Following the release of this letter, the Daily spoke with Sherri Maier, president and founder of Beyond Prison Walls Canada, as well as several inmates* of Edmonton Max, who provided a more in-depth account of the abuse of misplaced medical authority by prison staff and management. Among others, the prescriptions being withheld include Wellbutrin, Vyvanse, as well as critical diabetic and asthmatic medication.

Though Correctional Service Canada (CSC) phased out solitary confinement – referred to as “administrative segregation” – in favour of structured intervention units (SIUs), Maier expresses that isolation periods in Edmonton Max SIUs have been inhumanely prolonged. Despite CSC regulations which state that inmates in SIUs are entitled to a minimum of four hours per day outside their cell, inmates in Edmonton Max are getting as little as 30 minutes per day for weeks on end. Additionally, although the CSC requires daily health checks and a mental health assessment every 28 days for prisoners in SIUs, sources the Daily have spoken with say that healthcare is extremely inaccessible at the Edmonton Max.

Maier stresses the resounding impact this lack of mobility has had on inmates’ mental conditions. Further, she emphasizes the inaccessibility of essential healthcare services that further exacerbate existing mental health conditions. The already limited amount of doctor visits is controlled by Edmonton Max management, who frequently and arbitrarily “cut [inmates] off” and deny them visits that might allow them to seek help.

As remote consultations have become increasingly popular as a medical practice during the COVID-19 pandemic, Maier believes video or phone calls to be potential alternatives for inmates to better connect with mental health professionals or advocates. When psychologists offered remote services to Edmonton Max inmates, however, management refused to cooperate with these requests. This denial, to Maier, is an active refusal to accommodate inmates: “This is something that seems to be impossible in the penitentiary. It’s like they don’t want to offer things to help them.”

On one occasion, Maier says, one of the inmates, Richard*, committed acts of self-harm in front of guards during a visitation call, and only then did the warden agree to let him see mental health professionals. “You almost have to go to that sort of extreme in order to get any kind of mental health help,” she added, “and [he] still never really got full mental health help.” Following this, management immediately disconnected the call and proceeded to lock the inmate in an SIU. Three to four days later, Maier says, “a [psychologist] came in and asked if he was okay, he said no, and then [management] let him back in a cell in the regular unit.”

According to Maier, this practice of withholding medication is actively dangerous for inmate health. Wellbutrin and Vyvanse are often prescribed to the inmates at dosages which range from 500-1100 milligrams, per Maier. To prevent withdrawal, the only safe way of decreasing intake of antidepressants such as Wellbutrin is through close consultation with a doctor, incrementally and gradually reducing intake over the course of several weeks. Instead, says Maier, inmates are being “completely cut off […] right off the bat” by facility nurses and upper management who are not medically licensed to do so, an especially dangerous and irresponsible practice given the inmates’ high average prescribed dosage levels.

This has resulted in further worsening health conditions for inmates, including Jack*, a diabetic inmate who was prescribed insulin. In an interview with the Daily, he attested to the nurses’ dangerous negligence in bringing his medication at an appropriate time. According to the inmate, “it took [sic] me having two diabetic seizures before they finally started giving me [medication].” John Howard Society’s letter in September also mentioned claims from inmates that they were also being denied access to medication prescribed to treat other serious health conditions, such as asthma.

Reportedly, Edmonton Max’s practice of restricting access to medication for inmates is largely motivated by a concern for cost by cutting back on medical expenses, or under the pretext of preventing the recreational circulation of drugs. In the John Howard Society’s letter, however, Latimer added that “in some cases it looks like [staff] would just do it as sort of an informal way of punishing the prisoner.”

Bill*, an Edmonton Max inmate, adds that he has been waiting for a response from upper management since June. According to him, the facility’s chief of healthcare at the time agreed to advocate for his cause when he sought help, stating that “there is no reason why you shouldn’t be on a non-narcotic medication that is actually pretty cheap to prescribe compared to the […] medications that inmates abuse.” Though he was promised action by the end of September, he had not yet received a response from management at the time of his interview with the Daily.

“There are so many inconsistencies,” he says, especially with the developing conditions of the COVID-19 pandemic, with employees claiming to be short-staffed, or that “[their] arms are tied.” Though the CSC has stated that they are reviewing the allegations, Edmonton Max staff continue to leverage medication against inmates.