A Guided Tour Through Episode One of ‘Metal Shop Masters’

Let’s get something out of the way: you should not watch Metal Shop Masters 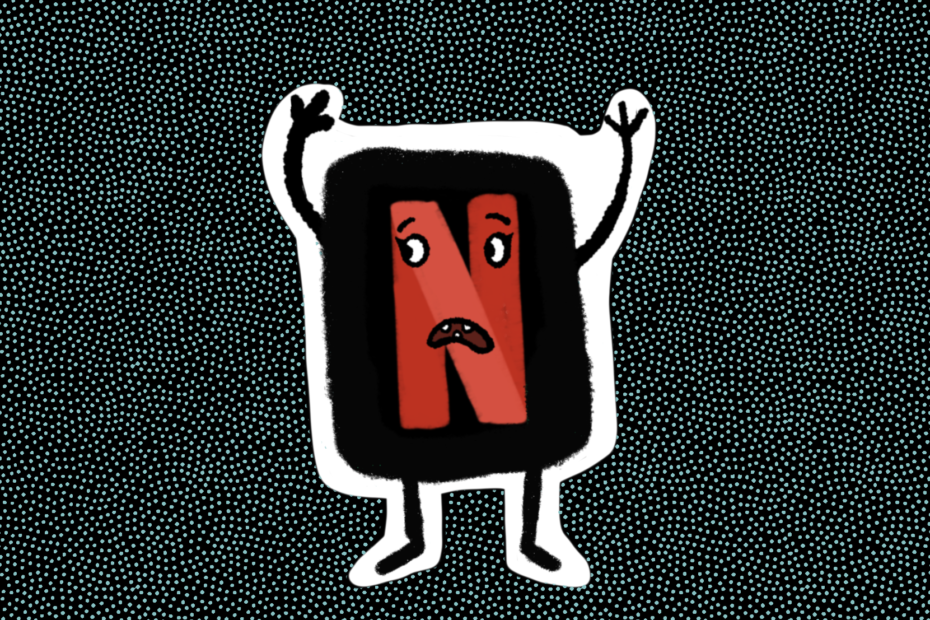 As breakout hits like Squid Game dominate the platform, Netflix is working hard behind the scenes producing original shows – more specifically, a steady stream of competition series. Trying to ride the coattails of wildly successful series like Great British Bake off, Chopped, and Netflix’s own breakout hit Glow Up, these shows range from polished and engaging to downright upsetting. Metal Shop Masters is just one in a long line of art-centric competition shows, each no more remarkable than the next.

Except Metal Shop Masters has a key element that distinguishes it from all other such shows. Like the youngest child on Passover, let us ask: how is this show different from all other shows?

It’s bad, and I don’t say that lightly.

I am an avid reality competition show enjoyer, to the misery of my loved ones. I will watch literally any series that pits two or more strangers against each other. But I will not watch even one more episode of Metal Shop Masters.

Other art-as-competition shows on Netflix have raised the question of how to judge artistic creations in a fair, equitable way. Competitive glassblowing show Blown Away, also a Netflix Original, dances around the question, loosely defining art as something that looks nice, is meaningful, and is technically sophisticated enough to be more than a gift-shop collectible. Metal Shop Masters takes the bold way out by refusing to define anything at all.

Even the rules – those sacred instructions by which each contestant is fairly judged – aren’t clear to the contestants themselves. In the very first episode, not one but two metalworkers are forced to completely restart their projects well into the challenge’s hours-long runtime.

Unlike rags-to-riches shows like Great British Bake off or Glow Up, many of the contestants on Metal Shop Masters are established, respected metal artists. This is a must – metalworking can be extremely dangerous, and injuries on set are the last thing Netflix wants.

Prior to filming the first episode, each metalworker is given the same prompt and allowed to plan a design and fabricate their own pieces ahead of the show. The only rules, as the judges emphasize in the introduction, are no prefabricated pieces – you can only bring metal you shaped yourself – and no soldering ahead of time – you need to assemble your creation in the studio shop.

The first contestant who is forced to restart is a young, single mom handcrafting a set of working wings attached to a flowing metal dress. Her name is Rae Ripple, and she has accidentally broken one of the rules in the first round. As the judges wander from artist to artist grabbing soundbites – a tradition across Netflix competition shows – they notice an issue with her pieces. Many of the component parts had already been soldered together at home.

Pulling the contestant aside, both judges apprehensively explain, hours into the limited time of the challenge, that she will have to disconnect every single piece she has brought before re-soldering them together one by one. In the face of such a crushing setback, the contestant’s grit and determination are outstanding.

As the judges look on like troubled parents, the viewer can’t help but ask more questions. Questions like, “Hey guys, how did you let this happen?”

Each contestant’s metal pieces are stored in wooden crates decorated with their names. Did the producers not check all of the crates out beforehand? How did the judges only catch this mistake well into the challenge’s time limit? This can’t help but make the viewer wonder: how unclear were the original instructions the contestants received?

With the unfortunate contestant left to desperately unmake her best work, the exceptionally uncharismatic host tries to distract us from this bizarre and uncomfortable situation. But lightning has struck twice — another contestant’s metal components are flagged by the judges.

But no. No, it’s not. Because the thing Seven, and everyone else on this cursed show, has forgotten about is that recycled materials are inherently prefabricated.

Because they broke the first and cardinal rule by virtue of simply doing the kind of art they are known for doing, Seven is forced to set aside almost all of their metal pieces. They are now working with scraps of scraps.

This is bad enough, but it gets worse!

The art they intended to make was a towering outstretched hand clenched in a fist, with a small compartment in its palm. Inside, Seven intended to place their intentions and reminders of their power and resilience as a Black person. After they are stripped of their primary materials for creating art, Seven still manages to create a smaller, sadder version of the powerful statement they intended with their original piece.

The panel of all-white judges solemnly acknowledges the meaning of their piece, and after an unceremonious round of judging, Seven becomes the first to leave the titular Metal Shop.

There is so much to question about this single moment. Seven is the second person to break a rule, but the only one whose style of artistic creation fundamentally opposed that rule in the first place. Why were they invited on the show, if the show’s rules forbid the use of prefabricated materials?

By eliminating them in the first episode, Metal Shop Masters overlooked the glaring inequities inherent in how they enforce and inform the rules of their own show. Seven got kicked off because they were unable to make something good enough out of the tiny scraps of their primary materials, which were — like the other contestants’ — presumably checked prior to filming.

Did Metal Shop Masters deliberately allow two contestants to keep illegal materials to heighten the drama of it all? Did they simply not think about the consequences of hitting a young single mother and the only Black queer person on the show with two spiked curveballs in the show’s first episode?Frankly, the world may never know. All that we’re left with is a sense that perhaps acknowledging artistic preferences, focusing on technical prowess, and highlighting the professional qualities that can define success and failure in the world of metalworking were just too difficult for Metal Shop Masters to tackle. Artificial, unfair tension should work just fine!