Laval’s LVL UP Festival Cancelled Due to “Security Concerns” 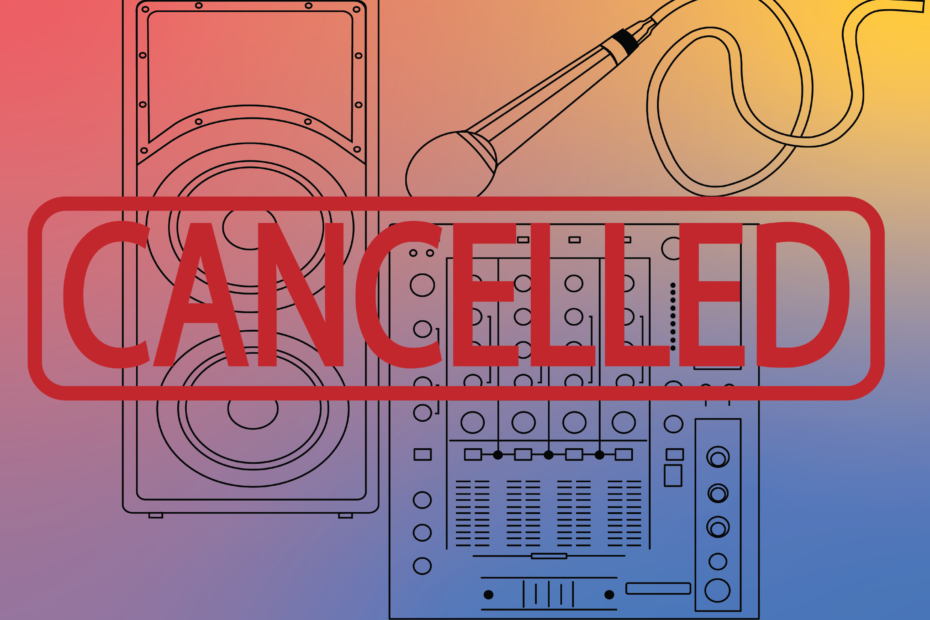 Earlier this month, musicians, music fans, and organizers eagerly awaited the second annual LVL UP Digital and Music Lab in Laval, an event held over the course of three evenings featuring digital art installations and performances from hip hop artists. Returning after a year-long hiatus, the festival was set to take place from September 17 to September 19. Quebec rappers Loud, Souldia, and rap group 5sang14 were set to headline the event, and innovative installations from artists such as Max Boutin and Sabrina Ratté were to be featured.

On September 9, however, it was announced that the festival would be cancelled at the request of Laval’s public security department. In a September 10 statement, Service de police de Laval (SPL) chief Jean-François Roussell defended the decision, claiming that artists at the festival were promoting “firearm culture” and attracting “criminal individuals from the street gangs.” He claimed that there have been 32 shooting incidents this year in Laval, and didn’t want to incite “conflict between street gangs.” Recent shootings, which have received a significant amount of attention in the media, have led city officials to grant the SPL an additional $1.2 million in funding.

The Daily spoke with several experts on the hip hop genre and its cultural context to understand the greater implications of the festival’s cancellation.

Hip Hop in Montreal and Quebec

Hip hop music and culture was introduced in Quebec in the late ‘70s after its inception in South Bronx, NYC. Quebec rap initially mimicked the style of American rap, but by the early ‘90s, Quebec rappers had developed a style unique to the province that utilized both French and English and heavily featured Quebec slang. In an interview with the Daily, Philippe Néméh Nombré, PhD candidate in sociology at UDeM, explained that Quebecois hip hop and rap remained underground until the late ‘90s when artists like Sans Pression, Dubmatique, and Muzion began to enter the mainstream.

Néméh-Nombré added that artists of this generation dominated the genre until fairly recently, but within the past decade there has been an influx of white hip hop artists making music and gaining recognition, shifting the genre. “What happened at that point was that we distinguished what was good hip hop and what was violent hip hop,” according to Néméh-Nombré, “What came to be violent was hip hop that was produced by Black people, mostly, but marginalized people more broadly.”

Anthony Mclachlan, graduate student at Concordia University, also articulates the division of hip hop culture in Quebec into two segments: “le Rap Keb” and street rap. Le Rap Keb is considered to be “more white Quebecois” and “cleaner and more polished,” while street rap is considered more “gritty” and most likely performed by racialized groups, according to Mclachlan.

Although symbolic, this segmentation has dire consequences for artists and their material survival. Néméh-Nombré explains that the difference between “good” and “bad” hip hop determines which artists are played on the radio, are invited to play shows, and so on. “Hip hop artists who are considered street or violent do not get the same kind of exposure and therefore can hardly live off their music, as opposed to rap [musicians who are] now considered listenable.” It is essential to examine the significance of race in LVL UP’s cancellation, according to Néméh-Nombré; hip hop is seen as a “kind of music that is associated with Black people, [who] are [seen as] the de facto dangerous in so many ways.”

Policing and Surveillance of Hip Hop

Hip hop music and culture has had a longstanding issue with law enforcement since its inception, explains Mclachlan. He elaborates that the justification for its policing is not grounded in the culture, music, or dancing, but the undesirable crowds and disorder the genre is perceived to attract. “A really good example is at the LVL UP festival,” he says, “In Laval there’s been an increase in gun violence, and as a result […] Chief Jean-Francois Roussell felt that it would be good to shut down this festival just because some of the artists do promote gun violence in their lyrics.” The lyrical content of hip hop music, he explains, is subject to a form of policing that no other music genre is. Hip hop lyrics are subject to judicial processes, such that they can be used to justify policing; they have been seen as a confession, threats, proof of gang association, and proof of intention, per Mclachlan. He states that other music genres, like country and emo, that dispel violent and misogynistic ideas aren’t subject to the same level of critique and surveillance.

In Quebec, lyrical content in hip hop has historically been seen as indicative of intent rather than artistic expression. Since its inception, the genre has been viewed as pathologically violent. Mclachlan explained that in the early ‘80s in Montreal, there was an increase in violent, anti-Black groups (such as skinheads) and consequently many Black communities organized themselves against these targeted attacks; “These groups became labelled as street gangs” he says, which “engendered a latent long standing suspicion and fear of not the music created by the pioneers of the Hip Hop genre, but by the individuals, creators, and audiences themselves, which persists to this day as we can see from Inspector Roussell’s comments and justification.”

Policing of the genre in the province remains incredibly pertinent to this day. Famously, in 2012, The Pioneer bar in Pointe-Claire Quebec had its liquor license revoked and reinstated on the condition that they were not to hold any more hip hop concerts at the venue.

The festival’s cancellation came at a time of alleged rise in crime and consequent media attention across jurisdictions in Quebec. Ted Rutland, associate professor at Concordia University, articulates this phenomenon as a “crisis narrative” – whereby the media exaggerates the extent of the problem, implies the problem is a crisis and necessitates immediate action, and consequently more resources are given to police to stop the problem in the short-term. A crisis narrative benefits the police, he explains, because there’s an idea that police repression works immediately, as it often culminates in very visible actions like the cancellation of the LVL UP festival. He adds that we’ve seen this narrative play out, considering that both the Laval and Montreal police departments have received millions more in funding over the past months. “There are all kinds of things that can be done to […] reduce violence in general and to reduce gun violence in particular, and it requires a whole series of things,” Rutland explains, “almost none of which involve the police.”