Claire L. Evans on “Broad Band: The Untold Story of the Women Who Made the Internet” 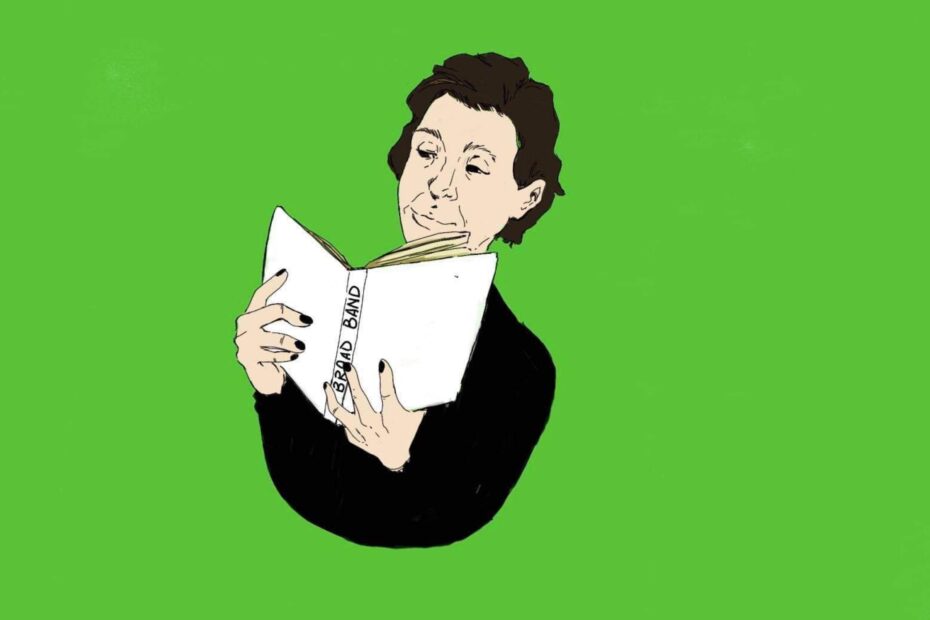 On September 8th, Claire L. Evans spoke at the Feminist and Accessible Publishing and Communications Technologies Speaker and Workshop Series, organized by Dr. Alex Ketchum from the IGSF institute at McGill. Claire L. Evans, a writer and a musician, kicked off season three of the speaker series with a talk on her book Broadband: The Untold Story of the Women Who Made the Internet.

Evans’ talk focused on women programmers and scientists who have often been excluded from making more visible contributions to the history of technology. During the event, she said that “every story we tell about the past implies thousands more” and emphasized that it’s important to investigate counter-narratives, especially since the history of technology usually only narrowly celebrates the stories of white male entrepreneurs and computer scientists. She presented some case studies, starting with the history of human computers during the war periods (1890s-1940s) where women working at computational offices operated almost all of the machines and formed the underlying computational infrastructure. Evans highlights that  they were “quite literally making the connections by hands or forming the synapses of larger machines.” She mentioned the Eniac Six, a team of female programmers who programmed the first all-digital, general-purpose computer for the United States Army in 1946, but who were also subsequently left out of the celebration over the computer, Eniac. Grace Hopper, who was one of the members of Eniac Six, developed COBOL – an English-like programming language still in use today. Hopper’s focus on access and democratization is reflected in her programming language because “it became not only possible, but quite practical to have engineers, scientists, and other people actually programming their own problems without the intermediary of a professional programmer.” Evans also introduced more recent case studies, such as Stacy Horn, who started an online community called Echo in 1989 before the emergence of the web. She developed her own bulletin board system (BBS) that was different from the cyber hippie culture of Silicon Valley, and created digital spaces hospitable to women, who made up only a small percentage of the online population.

It is equally important to recognize that the digital networks we inhabit are also composed of hierarchical, fragile, and overwhelming female and nonwhite labor and support. The development of technological sciences, and the labour needed for its development, was achieved through racialized and gendered labour. As many media scholars have examined, women of colour have worked as nodes of network infrastructure for a long time. It is their often exploited, cheapened labor which created the ideal conditions for “technological innovations” possible.

Behind the techno-political ideals of empowerment and innovation, there are also the hardwares, infrastructures, histories, and racial and gender formations of our digital culture. In Lisa Nakamura’s article on the racialization of early electronic manufacturing in the 1970s, she investigates the history of Fairchild semiconductors made  by Navajo women. Nakamura problematizes that the Fairchild company ​​exploited Navajo women’s labour as visual, symbolic and a material good by calling it “labour of love,” and depicted these women under the lens of certain mental and physical characteristics – such as docility, manual dexterity, and affective investment in native material craft. Hence, the incursions of Fairchild factories into Indigenous reservations was seen as a continuation of “traditional” Indigenous activities, and the existence of cheap female labour was taken for granted; as if it’s a precondition for digital production.

Above all, Evans emphasized that tech history is often told to us as narratives about  one solitary genius after the other, but in fact these geniuses have been  constantly surrounded by  their teams and the ideas of others; her talk showed how technology does not operate in a vacuum, but instead emerges along the much larger continuum of ideas. Hence, making technology requires communities. Indeed,  programming languages as we know them today wouldn’t exist if it weren’t for the ingenuity of countless female programmers in the 1950s. Social media wouldn’t exist without the decades of experimentation with online community building in the early internet age. Evans further notes, “when we don’t see the multiple histories of technology, we leave out a huge part of the story and we make it harder for the other versions of the history to work their influence on our world and make it better.”

All events of the Feminist and Accessible Publishing and Communications Technologies Speaker series are free and open to everyone. They are professionally captioned in English, and some of the event recordings are also available on their YouTube Channel. If you are interested in hearing more from scholars, creators, and professionals who work at the intersections of digital humanities, computer science, feminist studies, disability studies, communications studies, LGBTQ studies, history, and critical race theory, be sure to check their events out.