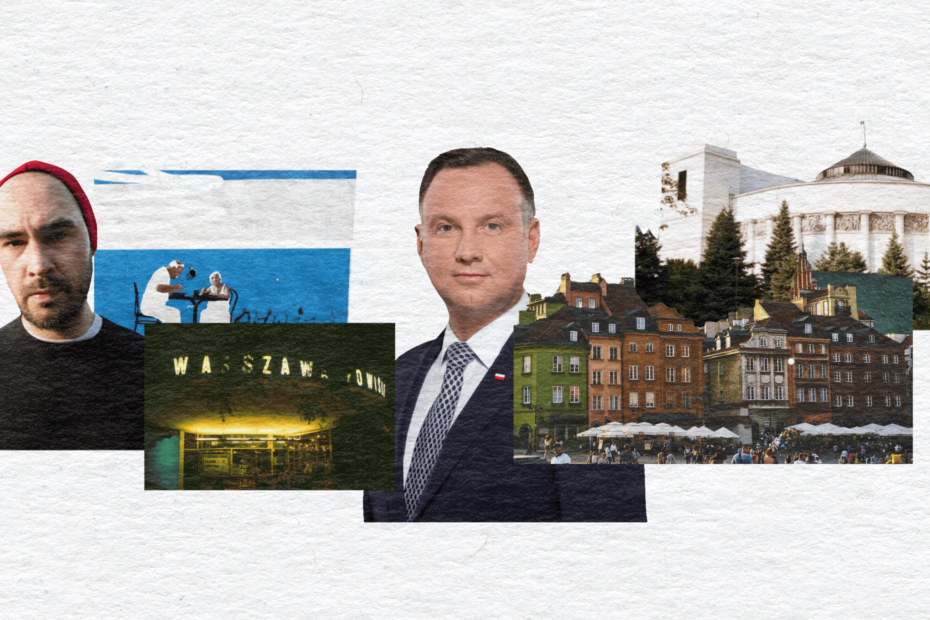 The authoritarianism of the Polish government knows no boundaries. When Joe Biden won the 2020 election to become the 46th president of the United States, Polish President Andrzej Duda was quick to dispute the results. Duda had an infamously close bond with former US President Donald Trump, since they agreed with some of one another’s policies, and both are populists – Duda wanted to strengthen the ties between Poland and the United States in order to receive funding for a military base that he wanted to name “Fort Trump.” Duda’s government is wary of Russia in particular, due to the 1940 Katyn Massacre, Poland’s past as a Soviet Union satellite state, and Russia’s 2014 annexation of Crimea. Consequently, Poland fears that Russia will attempt to exert its influence on Poland and its neighbors. As a result, Poland tends to align itself with the United States in a hopeful bid to benefit from the US military and to finance the country’s own weaponry.

Trump granted Duda a favour by ordering American soldiers deployed in Germany to relocate to Poland, an act which was rightfully criticized by Democrats, Mitt Romney, and NATO allies, since it was seen as a move that destabilized the region and heavily benefited Russia. Because of the cooperation between the Duda and Trump administrations, Duda pushed for a Trump victory. When the American press declared Biden as the president, Duda took to Twitter and expressed his uncertainty about the election result, mentioning that “[a]s we await the nomination by the Electoral College, Poland is determined to upkeep high-level and high-quality PL-US strategic partnership for an even stronger alliance.”

After Duda made his post, Polish writer Jakub Żulczyk responded to the president on Facebook, mentioning that he “never heard of such a thing as [an] Electoral College nomination” and that “Joe Biden is the 46th president of the USA.” He proceeded to make the claim that “Andrzej Duda is a moron.” Five months after these statements, on March 23, 2021, the Polish Constitutional Tribunal decided to charge the writer with defamation in accordance with Article 135 of the penal code. The article stipulates that those who publicly disparage the President of Poland can receive a sentence of up to three years in prison. In most cases, however, punishment usually entails a fine or community service. It remains to be seen whether the 37 year old will face any jail time, but it is worrisome that the top court in Poland is actively persecuting a writer for a critical Facebook post.

This event is part of a recent trend, in which the Duda administration tries to curb the power of the press. In December of 2020, the Polish government bought out Polska Press Group, a media organization that oversaw a group of newspapers and news websites whose total readership amounted to 17 million readers. In addition, the justice minister, Zbigniew Ziobro recently filed a lawsuit against Gazeta Wyborcza, a newspaper which has faced 60 lawsuits in the last couple of years from members of the ruling party, the Law and Justice party.

Duda’s rhetoric on the campaign trail was arguably much more divisive than Jakub’s comments. Duda has historically dehumanized the LGBTQ+ community by claiming that they are “not people – they are an ideology.” He accused Germany of meddling in the Polish election after a paper posted a story that upset him, has repeatedly tried to make abortion laws stricter, and has attempted to punish judges that do not agree with him in order to make unconstitutional changes to the election laws. For someone who talks such a big game, Duda’s fear of those who disagree with him exposes his true insecurity

If Poland decides to jail this writer, the European Union must convene and impose heavy sanctions and fines against the Duda government. Arresting a user for a social media post sets a dangerous precedent. What is stopping Duda from going after other critics of the government? He has already taken measures to silence judges that oppose his government by passing a bill that punishes those who openly criticize his policies. The polish courts have enforced Act 135 of the penal code in the past, mostly in the form of fines or community service. If the government starts jailing every dissident, it hampers civil society and its ability to hold Andrzej Duda accountable for his actions. With his attacks on the press and now private citizens, it appears that Duda is setting the stage for a tyranny.