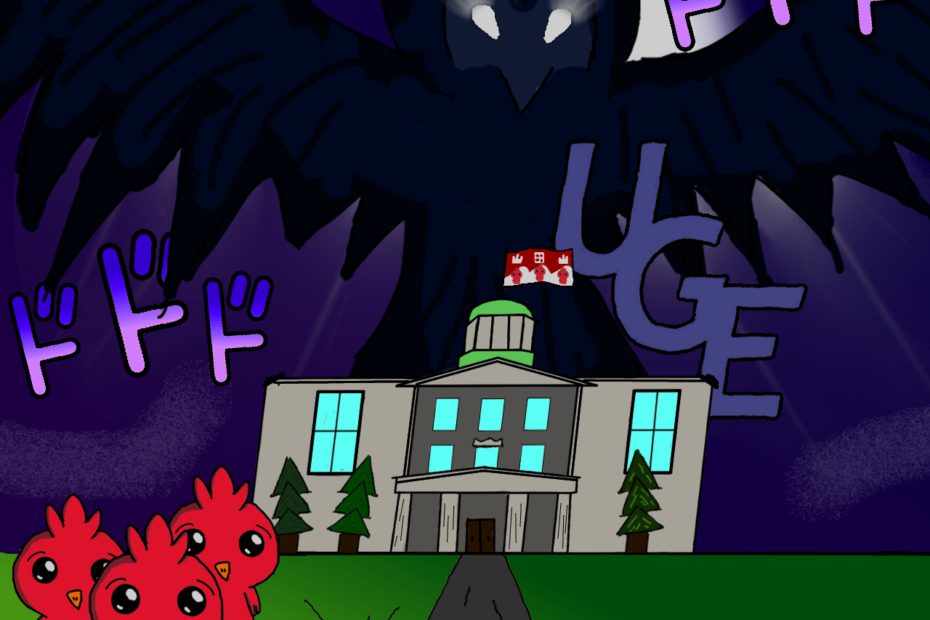 On January 21, the Students’ Society of McGill University (SSMU) released a financial report detailing the Finance Commissioner’s conclusions and recommendations following an investigation into SSMU student fees. The report aimed to address student concern about mandatory ancillary fees and primarily attributed the concern to “a lack of financial due-diligence” by student Services. The Union for Gender Empowerment (UGE) is among the Services accused of financial mismanagement, having too large of surpluses, and lacking transparency in spending. Following the report’s presentation at the Legislative Council meeting on January 28, the UGE expressed over Twitter the many ways in which they find the report to be erroneous and agreed to speak on the matter with the Daily. Mo Rajji Courtney, UGE’s Outreach Coordinator, and Jeanne Prevost, UGE’s Finance and Co-op Coordinator, share the belief that the report made “broad and misleading statements about the current financial affairs of SSMU Services,” according to Prevost.

For one, the report alleged a misuse or underuse of funds by student Services without “indicating the frequency and the severity of the misappropriated funds,” Prevost said. Prevost further explained that “stringent financial guidelines” already exist within SSMU to “prevent misappropriation of funds” – “all requests must be approved by the Service, the VP Finance of SSMU, and the accounting department,” which would prevent misappropriation “if conducted properly.” Financial issues due to SSMU neglecting to follow protocol supports Rajji Courtney’s claim that student dissatisfaction is caused by internal governing issues. According to Rajji Courtney, SSMU “governance is a mess and there are scandals every year,” giving SSMU a “poor reputation” which causes the “pushback” over fees that “SSMU Services often face” – for Prevost and Rajji Courtney, the issues lie within SSMU governance and not in Services. Rajji Courtney believes the report implicated Services as a scapegoat, characterizing them as “financially burdensome and irresponsible when in fact [Services] cost a full time student less than $20 per academic year.”

Further, SSMU reports that they consulted student Services as part of their investigation, but according to Prevost, such consultations were made on short notice and the resulting feedback from student groups was not taken into account. “The ‘recommendations’ presented in those consultations meetings were the same that were included in the report,” according to Prevost. The current recommendations include expanding Legislative Council powers, as stipulated in recommendation #3, which would allow the council to “freeze,” “reduce,” and “terminate fees.” Prevost views this expanded power as “an existential threat to SSMU Services” because of its potential to “effectively defund” Services in their “entirety,” while “[disregarding] the will of the McGill Undergraduates who voted to support those initiatives.” Recommendation #4 of the report proposes a change to the process of introducing or increasing Ancillary fees, seemingly to end the practice of Services pulling “possible expenses out of thin air to justify” an increased budget and fee amount, in the words of the report. Prevost not only believes this to be a “hyperbolic statement that weakens the legitimacy of the report,” but claims that for most Services, this is simply not true. Prevost says:

“Speaking of our own Service, the UGE has only sought to increase its budget once since its consolidation in 2006, and the fee we proposed allowed us to go move from a bare-bones Services without the funds to upgrade its library nor purchase appropriate supplies for its cooperative, to one that has the funds to properly train volunteers, supplement our existing services, and expand into other areas.”

Prevost’s ultimate stance on the provided recommendations is that if they “were to go through as they currently stand, it would make daily operations of SSMU Services inherently more difficult.” Instead, Prevost proposes “hiring more personnel who review and respond to cheque requisition & purchase order forms” and instituting “mandatory review timelines.” Rajji Courtney also hopes that the recently hired Services Finance Coordinator will “enable the financial processes […] to move more quickly and smoothly.” Prevost claims that SSMU’s “highly unresponsive […] Financial chain of command” has hindered UGE’s operations.

Prevost also characterized SSMU’s student survey, which informed the findings and conclusions of the report, as problematic because it was not representative of the student body. The survey did not control for gender, year of study, program, faculty, or if the respondent was an undergrad at McGill. It also did not prevent users from submitting their responses multiple times. For UGE, “the survey is anecdotal at best.”

Although the “report itself doesn’t hold any power,” Rajji Courtney says, it does have influence “if it is taken seriously and considered as reputable” among the voting members of Legislative Council – especially when many “in SSMU governance have very little understanding of the work of Services,” yet are making decisions which could be “actively harmful to the functioning of the non-governing bodies of the SSMU.”

Since the report’s publishing, UGE has spoken to some SSMU members and they were receptive of UGE’s criticisms, according to Rajji Courtney. Despite the newly hired Services Finance Coordinator, “the future of SSMU Services rests entirely in the hands of elected representatives and whether they decide to enact the recommendations included in the report,” says Prevost.