Ode to the Penny Lane Coat

A flashback on the fashion of ‘Almost Famous’ 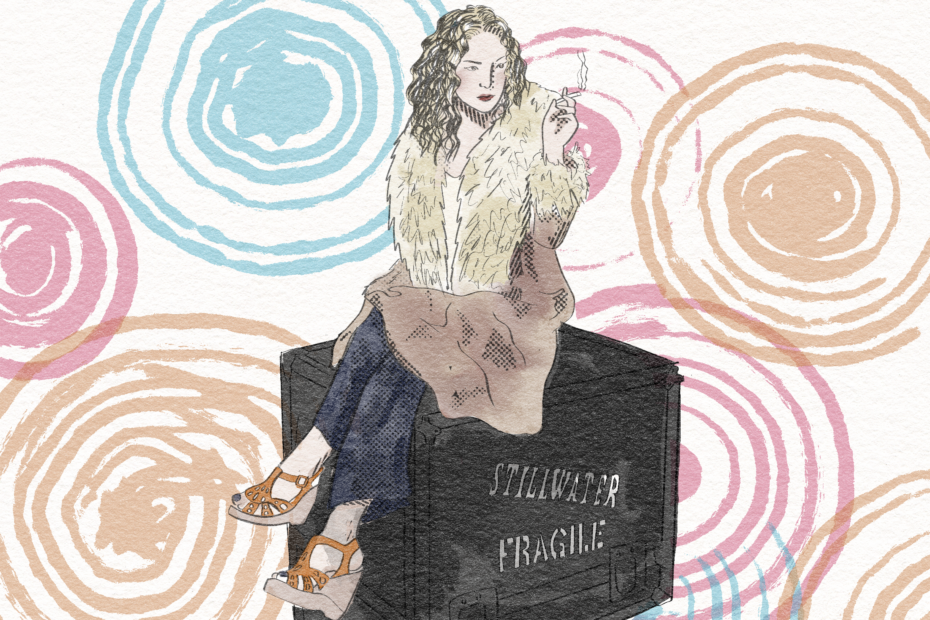 Say goodbye to your black staples because brown is in, and forget about the Y2K aesthetic – it’s so last year. We are onto bigger and better things. While we’re all staying inside our homes, we deserve to add a little pizazz to our everyday wardrobes, even if it’s only to walk to the kitchen. This year’s biggest trend, the Penny Lane coat, can help do exactly that. While the style of the jacket dates back to the 70s, its current popularity can be attributed to the 2000 film Almost Famous, which is a testament to the movie’s enduring influence.

Almost Famous is the story of William Miller (Patrick Fugit), an aspiring rock journalist who is assigned by Rolling Stone to write a profile on the emerging rock band Stillwater. William may be the protagonist, but it’s Kate Hudson’s Penny Lane who has become the symbol of the film. Penny doesn’t describe herself as a groupie; rather, she refers to herself as a devoted “band-aide” that goes on tour with the group. Hudson’s effortless looks reflect popular 70s fashion trends, and have since elevated her as a fashion icon in cinema. Vintage sites including Depop and Etsy are overflowing with copies of the jacket, all for people to bid over. While the film itself offers a charming coming-of-age story, it’s ultimately the iconic looks that captivate viewers post-credits.

Penny Lane exudes confidence even in her most vulnerable moments, and the jacket embodies this perfectly. The film’s costume designer Betsy Heimann describes the coat as Penny’s “armour,” since the exaggerated collar and shearling material act as a protective layer against the cruel world that is rock n’ roll music. While Penny is confident, romantic and free-spirited, she is also a petrified young girl in a misogynistic industry. The jacket allows her to fully embody a self-assured persona. When Penny walks into a room, people notice, and the jacket only amplifies that power, which is why the world – or at least, the trendy youth on Depop – is currently fawning over it. We’ve been anxiously hibernating for a year now, so it makes sense that an article of clothing used to create a carefree facade is at the top of our shopping lists.

While the jacket is a show-stopping piece, many of the film’s other costumes have since become icons as well. The wardrobe choices in Almost Famous were carefully curated to authentically embody the era in which the film is set – in true 70s fashion, many of the characters rocked bell-bottom jeans and the iconic Levi 501s, a “vintage” staple that has transcended into mainstream culture after Gen Z banded together to cancel skinny jeans (Thank you, Gen Z!). Almost all of the characters in the film wear this denim, which helps them achieve the “laid-back rockstar” aesthetic that was popular at the time.

Heimann has also explained how she channeled Bianca Jagger’s thrift store aesthetic to master the groupie’s look. 70s fashion adopted many trends from both the 30s and 40s due to the newfound popularity of vintage clothing, so aspects of these previous decades are apparent in many of the female costumes as well, helping them achieve the bohemian aesthetic of the groupie look. For instance, Polexia (Ana Paquin), another groupie, adopts the “vintage chic” look within her 70s wardrobe while sporting a 1930s chemise throughout the film. This iconic apparel has since become a popular wardrobe staple, sported by icons for decades, and by teenagers in the summer months.

This piece wouldn’t be complete without acknowledging Penny Lane’s iconic round glasses, featured on the film’s poster. The metallic round shape is synonymous with the film, and has been adopted by brands like Ray-Ban as the perfect summer accessory. So, while we can thank Almost Famous for its legendary soundtrack and its nostalgic references, we must also acknowledge its masterful fashion statements. The film provides iconic looks that have left viewers infatuated for decades. And let’s face it – who doesn’t want to be Penny Lane?