Who will take home an award at this year’s ceremony? 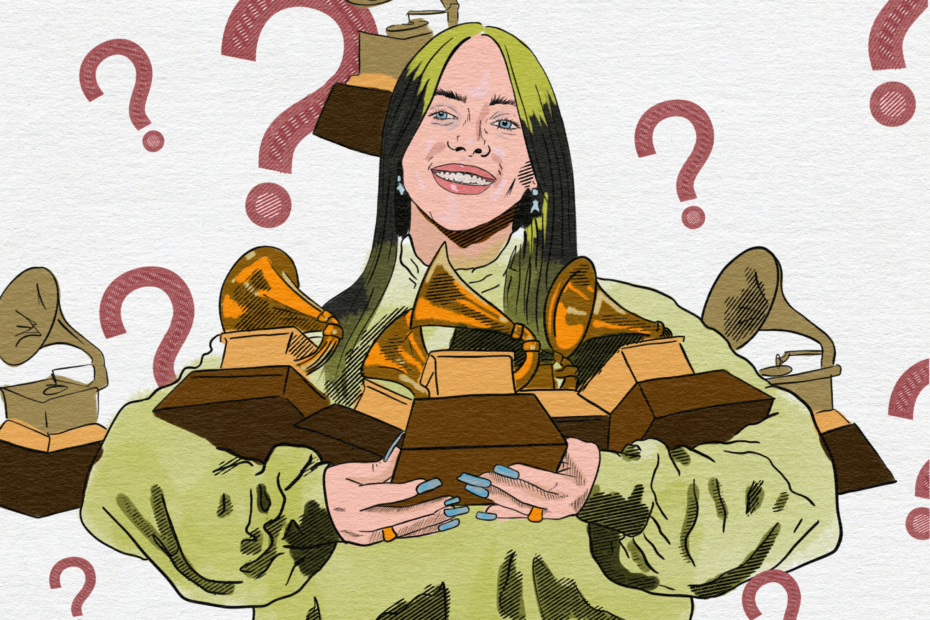 After being postponed due to the COVID-19 pandemic, the 63rd annual Grammy Awards Show is finally scheduled to air on March 14, 2021 on CBS, hosted by comedian Trevor Noah. The annual presentation ceremony will honour achievements in the music industry from late 2019 and 2020, although this year’s nominations have not been without controversy. Multiple deserving artists – namely the Weeknd, Rina Sawayama, FKA twigs and Fiona Apple – were shut out from several categories, or even from the nominations entirely. No women were nominated in the Best R&B (Album) category, a consistent pattern for The Recording Academy, which consistently sidelines women and racialized artists. Given the Academy’s voting record, here is how I predict things will play out in the four main categories this year.

2020 was a big year for Megan thee Stallion. Her EP Suga contained her hit single “Savage” which went viral on TikTok, and became even more popular when fellow Houston native Beyoncé was featured on the song’s remix. Surely no one is more deserving of an award that recognizes artists experiencing a breakthrough year?

However, Doja Cat might have a better chance at receiving the award, having already won in the same category this year at the American Music Awards, MTV Video Music Awards, and People’s Choice Awards. Her album Hot Pink ranges from bubblegum pop to soul-inspired sadness, and it spawns the hit single “Say So,” which she promoted with multiple performances throughout the year, each one upstaging the next.

Who should win: Megan thee Stallion

Who will win: Doja Cat

Song of the Year

Billie Eilish’s “Everything I Wanted” is definitely one of the best songs of the year. In her trademark whisper, Billie asks, “If I knew it all then would I do it again? Would I do it again?” – questions that ring true and relevant, even if you’re not an international pop star. It’s unlikely, however, that Eilish will take home the award after her surprise sweep at least year’s show, especially considering the fact that this song didn’t reach the same level of popularity as “Bad Guy.” A more likely contender, and one that I would personally like to see win, is Roddy Ricch’s “The Box.” But realistically, Song of the Year – and most other major categories – will be a neck-to-neck competition between the two biggest pop stars of the year, Taylor Swift and Dua Lipa. It’s anyone’s guess whether the Academy will opt for the new dance floor classic “Don’t Start Now,” or Taylor’s indie ballad “Cardigan.”

Who should win: “Everything I Wanted” (Billie Eilish) OR “The Box” (Roddy Ricch)

Record of the Year

As the song of the summer (if there ever was one), Savage Remix became the anthem for “hot girls” everywhere. From its catchy refrain, “I’m a savage / Classy, bougie, ratchet / Sassy, moody, nasty,” to Beyoncé’s relatable lyric, “If you don’t jump to put jeans on, baby, you don’t feel my pain,” the track is an instant classic. Beyoncé is also nominated in this category for her song “Black Parade” which celebrates Black culture and activism. While Beyoncé is due for a general category win, I doubt it will be for this song. Instead, Dua Lipa’s smash hit “Don’t Start Now” seems to be headed for a win. A fun and upbeat dance-pop song, it had a significant impact on both the charts and critics this year.

Album of the Year

At the end of July 2020, as a strange summer started to wind down, Taylor Swift surprise-released folklore, her eighth studio album. While her peers were trying to figure out how to promote an album without releasing music videos, doing live performances, photoshoots and endless press junkets, one of the biggest pop stars in the world forewent it all. folklore is a departure from Swift’s previous work, and it is filled with folk and indie ballads that tell the stories of a host of characters. The album is some of the artist’s strongest work, masterfully combining her insightful lyricism and poignant melodies. folklore received near-universal acclaim and made most “Best Of 2020” lists. The Grammys will surely follow suit and award folklore with Album of the Year.

Who should win: folklore (Taylor Swift)

Who will win: folklore (Taylor Swift)

Best of luck to all the nominees!