Out With A Bang: On Phoebe Bridgers’ Guitar Smash & Musical Double Standards 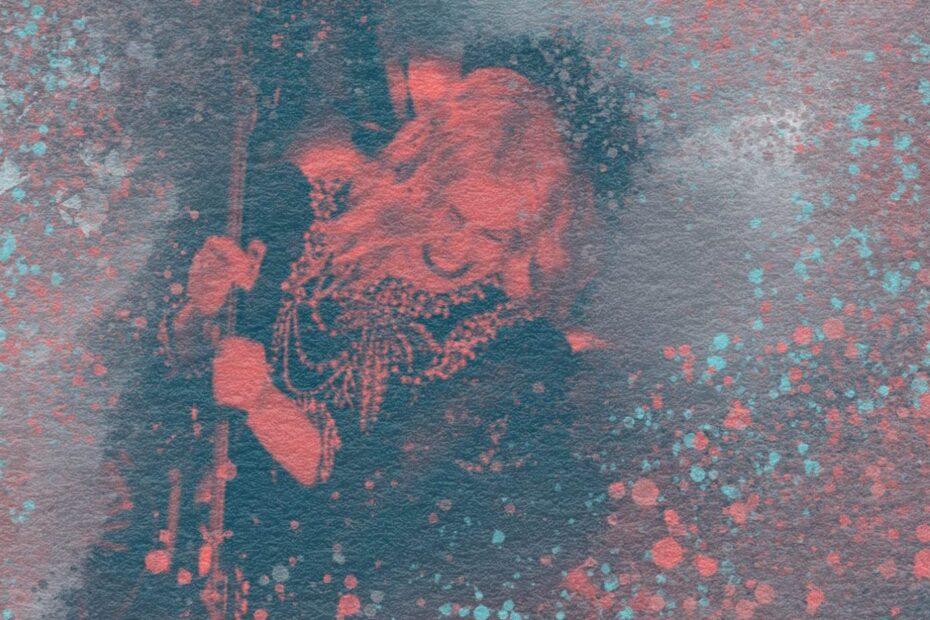 On February 6, 2021, singer-songwriter Phoebe Bridgers made her debut on Saturday Night Live, where she performed the songs “Kyoto” and “I Know The End” from her sophomore album, Punisher (2020). The 26-year-old is currently one of the most acclaimed musicians in the indie-rock scene, but her performance brought about some unexpected controversy – and all it took was one smashed guitar.

“I Know The End” is the final track on Punisher – it culminates in loud drums, horns, and strings, accompanied by Bridgers’ own screaming. It is a needed release from the emotional intensity of the rest of the album. To match that energy, when she performed the song on Saturday Night Live, Bridgers smashed her Danelectro guitar against one of the stage monitors, creating an eruption of sparks and flying guitar pieces, as her band continued to play. The result was a theatrical display that fit perfectly with the anger conveyed by the song. Even so, many people criticized Bridgers’ artistic choice online.

One Twitter user called the performance “extra,” while another stated that “this Phoebe thing was calculated and commercial and frankly lacked anything remotely resembling authenticity.” Another user agreed, claiming that Bridgers’ guitar smashing was “appropriating punk and rock signifiers in a sort of gross hyper commercial way.”

David Crosby of folk rock supergroup Crosby, Stills and Nash, seemed particularly offended by Bridgers’ guitar smashing, as he ranted about it on Twitter. His criticism even extended past the one performance, going so far as to say: “I prefer people who can actually write songs.” Crosby baselessly insulted Bridgers’ musicianship, despite the fact that Punisher has received near unanimous critical acclaim and was consistently ranked in the top 20 albums released in 2020.

Live musical performances are exciting because of the mix of skill, talent, and theatrics that artists put on display. While there may be fair arguments to be made against destroying a handmade, painstakingly-crafted instrument, male musicians have made guitar demolitions a part of their performances for decades without garnering the public disapproval that Bridgers has faced. Both Pete Townshend of the Who and Nirvana’s Kurt Cobain were notorious for smashing their instruments; Jimi Hendrix raised his guitar destruction stunts to the next level by lighting one on fire and smashing it to extinguish the flames. And there wasn’t nearly as much online outrage when actor Kurt Russell destroyed an antique guitar from the 1860s – valued at tens of thousands of dollars – on the set of “The Hateful Eight.” As critic Rachel Brodsky points out, “Historically, if guitar smashing is embedded in an artist’s narrative, it’s only shone in a positive, transgressive and inspirational light.” Why should Bridgers’ actions be considered any differently than those of her male counterparts?

Bridgers later responded to comments on Twitter, revealing that the guitar brand Danelectro had wished her luck with breaking the guitar, and that the monitor she had bashed the instrument against was a fake. But if this backlash has made anything clear, it is that people don’t like to see women express their anger. Rather than being framed as “transgressive,” Bridgers’ guitar smashing – a woman’s public display of rage during a song’s explosive, apocalyptic outro – is a topic of debate. The critical reaction to Bridgers’ performance points to a larger issue: the constant misogyny that women face in the music industry.

In 2020, multiple people came forward with their stories of assault at the hands of artists from indie label Burger Records, including members of the bands SWMRS and The Growlers. Cherry Glazerr frontwoman Clementine Creevy also came forward with an account of the abuse she faced from the bassist of The Buttertones. “Countless women I know have had experiences like mine with male musicians and it is heartbreaking and infuriating that young girls wanting to play music or see music should ever have to endure being sexualized by older male musicians in the scene – it is disgusting and it needs to end now,” Creevy wrote in a statement.

Bridgers came forward with her own story of abuse from singer-songwriter Ryan Adams in 2019, and stated that his network of friends and coworkers did nothing to hold him accountable. Despite the numerous accusations against him, Adams is still releasing an album later this year. And while Burger Records shut down as a result of the allegations, the artists who were accused of assault are still receiving thousands of monthly streams on Spotify. These men are not held accountable for their sexist remarks or harmful actions, while women must live with the resulting hurt and trauma.

Bridgers took a classic rock move and subverted it, and this made people uncomfortable – even angry. It is frustrating that the conversation around Bridgers’ electric performance is now centered around debating her display of female rage, rather than her artistry and talent. Between the thinly-veiled sexism and downright abuse that women face, perhaps screaming and smashing guitars is what it takes to release their anger toward a misogynistic industry pitted against them.