Local Lesbian Friends Realize They Have Been Dating for Three Years

“How is this newsworthy? I’ve been telling you this for 3 years,” says best friend 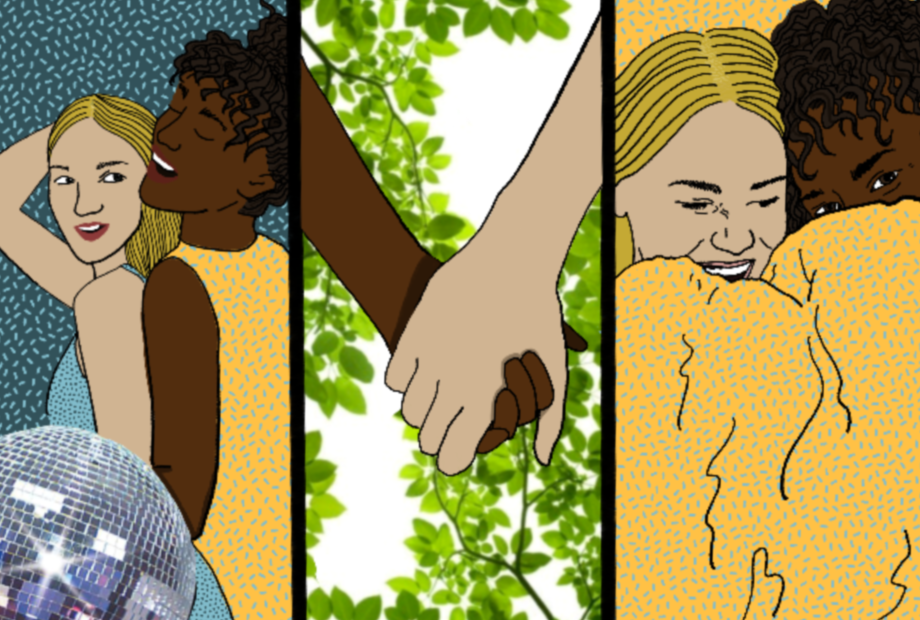 On Friday, February 5, Montrealers Cricket Pierce and Leah Bishop made a shocking realization: they had definitely been dating for the past three years of their decade-long friendship. The couple spoke to The McDill Gaily from their shared apartment in the Mile End, which also operates as a tattoo studio and spoken word venue (it is currently closed due to public health restrictions).

The revelation came to them as they reread handwritten letters that they sent to each other during Pierce’s exchange semester in Berlin during Fall 2019, the couple shared.

“Looking back, it seems obvious,” shared Bishop. “Every letter they wrote was addressed to ‘my dearest’ and they even kissed some of the envelopes. I knew that I was head over heels at the time, but I guess I thought that they were being really friendly, you know? All of my lesbian friends are so nice… I just thought they did this stuff for all of their friends!”

Pierce had a different perspective on the situation. “I thought I was being so forward, you know? I told her I was in love with her and she said she was just so glad we were friends, so I honestly assumed she wasn’t into it.”

After rereading the letters, the two say that everything clicked into place. “I’ve been taking her as my date to family gatherings for the past couple of years, and I always got weird looks when I introduced her as my roommate, business partner, and best friend. I guess I know why now,” Pierce explained. “I’m just so glad that we know after all this time.”

According to Pierce, the couple met when introduced by their mutual ex, Kai, at a Bar Le Ritz 80s dance party in summer 2011. Bishop and Pierce moved into their apartment in the Mile End in July 2017. They remained single throughout their entire roommateship and never thought much of it until recently.

In their free time, they watch Winona Ryder movies, have deep emotional conversations, unsuccessfully attempt to take care of plants, and spend time with their cat, Charli XCX.

When asked about future plans, they shared that they plan to wed as soon as it is physically possible. They also discussed their upcoming business venture: an astrology-themed cafe, which is set to open in their mixed-use living space this July.