Exotification and Alienation: the Adverse Effects of Tourism on African Immigrants

How colonial legacies remain in tourism 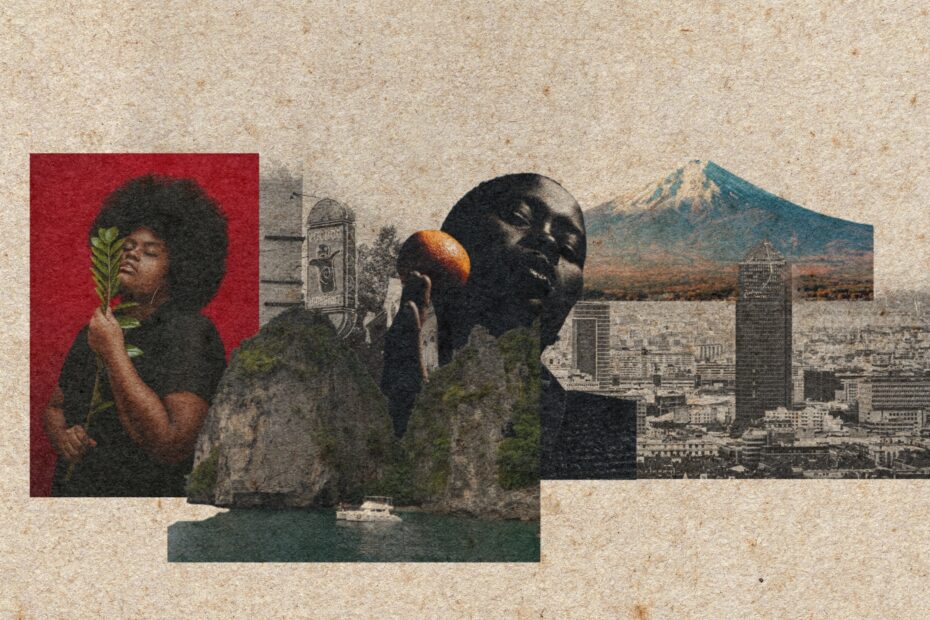 In July 2020, while respecting sanitary measures, I had the privilege of visiting my friend and her family in Athens and the Peloponnese. Athenians, tourists, itinerants, and other immigrants were still attending various activities as streets were cleared of the usual American summer visitors by pandemic restrictions, allowing for a less crowded perspective on the city. In between the souvenir stands, African women sat under the unforgiving sun of the city, promoting their braiding and twisting skills with pictures of Kim Kardashian and other white celebrities wearing braids and cornrows. These women understood their clientele well, for Athenian women and tourists visibly consume African culture by appropriating hairstyles, as well as producing and buying African home decorations, figurines, and fabrics in white-owned art shops. As a Black woman myself, I can speak to phenomena that I have experienced, such as dissociation from one’s image, immigration and effects of tourism, though I cannot claim to speak for African immigrant families.

Nonetheless, the use of Black culture in Athens is clearly disproportionate to the actual exposure to the African diaspora, which boils down to the sparse immigrants who are usually artisans, merchants or farm workers in the rural areas. In default of her occupying any space, the Black woman is turned into a consumable good, a fashion feature, a design on men’s Bermuda shorts. She is (mis)represented as a token of artistic creativity by white Europeans who call themselves “content creators” or “designers” and who rely on the word “original.” Yet, Black women exist right outside of those “exclusive artsy boutiques,” living a reality so divergent from the exoticized figures displayed that they are not even recognized.

The myth of a homogenous exotic Africa alienates very real African women, who become so estranged from their own image that they are not recognized as the originators of their own cultures. Appropriation is theft. It contributes to the undermining of Black self-identification, and Black worth. White designers are direct witnesses of Black struggle, and yet, choose to propagate the white-gaze-tainted lie of a palatable Black culture for consumption that continues to harm Black people.

It is indeed out of a survival burden that Black women in Greece sit outside all day selling their priceless culture to unburdened folks for cheap. Frivolous white fashion trends create invisible strings that hold Black enterprise and livelihood at the mercy of cultural appropriation, coercing us into cooperation.

This constant denial of power, agency, and credit through a systematic cultural appropriation is an experience shared throughout the immigrant family. It is common to see Black parents and children merchandising on touristy Greek plazas, day and night alike. A night in Nafplion displays abusive power dynamics when, as tourists enjoy drinks and tzatziki, their kids regroup to bully Black vendors into giving them free articles under the helpless eyes of their Black children. While some fake crying, others blame their acted-out misery on the Black sellers’ behaviour, demonizing them before their own children helping with the sales.

European tourists vacation abroad, holding the privilege to make it an enjoyable experience for themselves. They pay no mind to those who lack agency, means, and power to do the same, thereby exacerbating this hardship. As wealthy white people, and potential clients whose wellbeing is looked after, tourists abuse Black immigrants and Black locals through ignorance and consumption.

Travelling is not just escaping one’s own reality, it is stepping into the lived reality of others, forming relations of power that need to be interrogated. It is thus important for Westerners to check their privilege, and question their role when leaving the West and/or interacting with non-Western cultures, as such interactions and tourism have their roots in colonialism. It is a contentious but relevant question whether it is even possible to decolonize tourism, as power and agency inequalities in travel, migration, and exodus exist on a global scale. Nonetheless, it remains crucial for those who hold privilege to critically reflect on the costs their benefits force onto Black, Native peoples and people of colour.