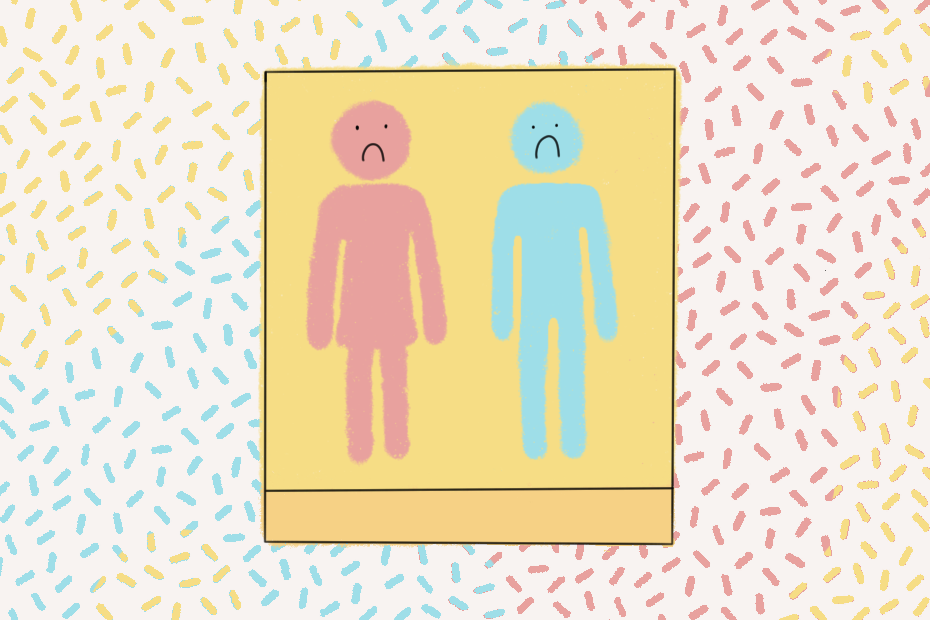 When Rine Vieth, PhD candidate in Anthropology, went on campus for a doctor’s appointment on January 12, they noticed new restroom signs displayed on the third floor of the Brown Building. Doors that had once indicated the presence of single-stalled all-gender washrooms now featured additional labels – posters with gender-specific symbols, below a message that read “Prevention measures in effect.”

Vieth tweeted images of the signs and shared their frustration with what appeared to be the University’s “re-gendering” of the washrooms.

“It just feels exhausting,” Vieth told the Daily. “[It’s] par for the course; yet another reason why I don’t feel comfortable accessing services at McGill. It’s a joke at this point.”

Vieth spoke with the Union for Gender Empowerment (UGE), who raised the issue with Kathleen Bateman, Associate Director of Health Promotion and Outreach at the Wellness Hub. Mo Rajji Courtney, Outreach Coordinator for the UGE, said that the new signage was “at best, confusing for trans and gender non-conforming students, and at worst, hostile.”

Bateman explained to Rajji Courtney that the “re-gendering” had been an oversight. “People, likely janitorial or other staff, were given these signs and were told [to] put them up at their discretion. There were no formal decisions made,” Rajji Courtney shared with the Daily.

McGill’s Media Relations Office confirmed that the signage has since been changed. “High traffic buildings have signage installed in common spaces […] indicating distancing, direction and other safety measures in relation to COVID-19,” the Office stated in an email exchange with the Daily. “The gender-neutral bathrooms in the Brown Building have not been re-labeled, and there are now gender-neutral signs, which have been replaced this week.”

More than just an oversight

“The disturbing thing is that McGill didn’t print out any COVID-specific all-gender signage,” Rajji Courtney tells the Daily. “We now know that the University didn’t make any decisions to re-gender the washrooms, but it still looked like it had. There’s a fear in that.”

All-gender washrooms tend to be much safer spaces for trans and gender non-conforming people, they explain, because it allows these students to avoid the harassment they often face in gender segregated spaces.

“This oversight demonstrates that the University didn’t think of their trans and gender non-conforming students when making the signage. They didn’t think of our needs, or of how [the gendered posters] would make us feel,” says Rajji Courtney. “Afraid and excluded – those are not feelings that any student should have to [face] when they’re just trying to go to the bathroom.”

“When someone makes a complaint, or an article comes out, McGill administrators are quick to say it was a one-off thing. But it’s not just a mistake, or a surprise that comes [out of] nowhere. The transphobia within McGill is systemic; I don’t read instances like these as “mistakes,” but as the predictable result of a lack of care for [these] students. For all its talk about “wellness,” what would happen if Student Services decided to prioritize the wellness of all students, including the transgender, non-binary, and gender-nonconforming members of the McGill community? What if supporting us wasn’t seen as optional?”

According to Rajji Courtney, McGill does not have a standardized process to help students voice their concerns and advocate for accessibility. Students can instead reach out to the UGE for support via email, Facebook, Instagram, Twitter, or through a contact form on their website. “It’s our job to make sure that McGill is a trans-inclusive environment,” Rajji Courtney says. “That’s what the UGE aims to do.”

Vieth tells The Daily that while they aren’t optimistic that change will occur at the University anytime soon, their frustration is “based in a kind of optimism about what kind of place McGill can be.”

“I truly believe that McGill could do better, but I also believe that [the University’s] track record shows that it doesn’t want to. And until that track record changes, we’ll be stuck talking about trans people being able to use the bathroom in 2021.”

“It is up to all of us, especially allies, to make noise when we see trans-exclusionary practices at McGill, even if it’s just an oversight,” adds Rajji Courtney. “That’s the only way we can push McGill to become actively trans-inclusive, instead of allowing the University [to make] trans students an afterthought.”