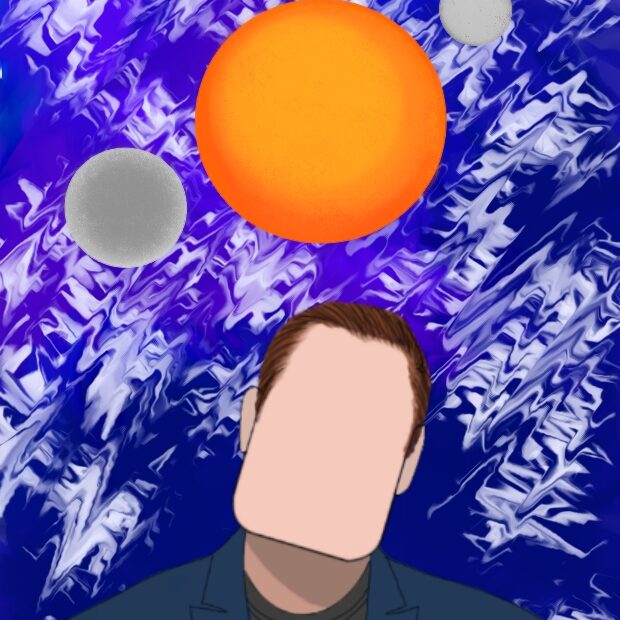 January 7, 2021, was a dark day in human history. On this very day, Elon Musk became the richest person in the world, overtaking Amazon co-founder Jeff Bezos. A little more than a month ago, he had barely become the second richest man in the world, surpassing Bill Gates. But unlike his billionaire buddies who are in traditional industries such as e-commerce or software, Musk obtained his spot by becoming the first interplanetary oligarch in human history.

If you haven’t read about his StarLink project, you should. In short, Elon Musk is shooting 42,000 satellites into space to cover the entire Earth with ultra-fast, affordable wireless internet that would obliterate traditional telecom giants like Telus, T-Mobile, and Tele2. If our current situation of a duopoly or triopoly in the telecommunications sector in most countries is not bad enough, imagine one super-corporation monopolizing communications across the entire planet and beyond. If one corporation controls the market, consumers wouldn’t be able to call customer service and threaten to leave, because there would be no other company to turn to. “Starlink is targeting near-global coverage by 2021,” says their website.

If dominating the entire world’s communications is not enough, Musk’s SpaceX program is also the leading player in interplanetary transportation. To put this in perspective, SpaceX has 15 launches scheduled for just the next five weeks. The company is scheduled to launch its made-for-Mars “Spaceship” –  the first interplanetary passenger spacecraft in human history – once again for a high-altitude test on Tuesday, January 12.

SpaceX is now the single most powerful space transportation provider in the entire Solar System. Furthermore, it is likely to become the first private company to colonize an extraterrestrial body: Mars.

Maybe he will never have enough. Despite his success in the space economy, Mr. Musk would also like to become the transportation oligarch of planet Earth, with his car & tunnel monopoly coming soon to a town near you.

To understand the absurdity of his ambition to dominate the entire planet’s transportation systems, Tesla was valued at over $800 billion US in early January, already surpassing the valuation of Ford, Toyota, Nissan, Hyundai, Honda, General Motors, BMW, Volkswagen, Fiat Chrysler, and Peugeot combined. Merely a month ago, the company’s stock valuation just raced past $500 billion US.

This is in addition to the fact that Tesla’s Model 3 is already the best-selling electric car of all time. Large conglomerates usually get larger and larger by eating up competitors and buying out start-up challengers. We can still celebrate Toyotathon for now, but it is only a matter of time before Tesla will merge with other major brands.

Quebec and California recently announced their timelines to ban gas-powered cars by 2035. Essentially, Premier François Legault and Governor Gavin Newsom want you to buy an electric vehicle, a market dominated by Tesla. Other jurisdictions are expected to follow suit. All-electric vehicles are an illusion of sustainability, as the electricity powering the vehicles is still generated by coal in many parts of the world. Not to mention that an all-electric gridlock is still gridlock. We’re buying into a future of congestion and faux sustainability by surrendering our freedom to move into the hands of one company, Tesla.

The Boring Company is another bold proposal of his to monopolize urban transportation on Earth. The plan? A system of underground tunnels for Tesla vehicles, even though many of us rely on a similar (and superior) mode of transport that is already in service, the metro. After years of hyping up the concept, his company built a bumpy tunnel with guided tracks for Teslas to drive through like a train and a pod that carries 2 people. Commentators may be laughing at him right now, but his Boring Company will soon become the world’s largest urban roadway operator.

To make things worse, the CEO of that particular company is also on a bizarre crusade, attacking public transit non-stop. He has the audacity to deride the masses of taking public transit and not “enjoying” the ride like he is. “The Boring Company exists […] to increase the happiness of both drivers and mass transit users,” says a company spokesperson. The entire premise of his Boring Company and Hyperloop proposal is to make transportation “fun” for rich people like him – egoistic and detached from average people.

His plan to take over the transportation needs of all Earth residents is already in motion. On one hand, he is counting on Tesla’s unique hype to become the world’s largest automaker. On the other hand, he expects the Boring company and Hyperloop to divert funding away from publicly-owned transit systems so that everyone can pay him to use his Tesla tunnels.

North American politicians from Biden, Trudeau, and Newsom to Legault are biting the bait. Massive subsidies for electric cars are being rolled out across the continent while political support for public transit remains minimal. For working-class families relying on public transit to get around, this is humiliation.

Not your average celebrity

A lot of people idolize Elon. But your average celebrities don’t usually have an elaborate and ongoing plan to control the solar system for their own profit, at your expense. Nor do your typical celebrities spend millions fundraising for politicians to relax industry regulations.

We also need to refresh our memory of Elon as a start-up guy with a new electric car thing. He is the richest person in the history of the world, and he wants to own our transportation and communications from now on.

The first thing we need to do is see Elon Musk as the interplanetary oligarch he is, including his spouse and McGill dropout Grimes, who recently received a $90,000 art grant from the Canadian government while residing in a billionaire’s mansion in California.

To start taking the Musk family seriously, we need to tax them like we mean it. “Eighty-seven of [Canada’s] richest families together hold more wealth than the bottom twelve million Canadians combined,” per The Guardian. Elon Musk, Grimes, and X Æ A-Xii constitute one of those eighty-seven.

In November 2020, the federal New Democratic Party (NDP) sought to pass a non-binding resolution on wealth tax, proposing a 1 per cent tax on accumulated family wealth over $20 million. The Parliamentary Budget Office (PBO) projects that this tax could generate $5.6 billion revenue in the fiscal year 2020 alone. The project was blocked by the Liberals and the Bloc Quebecois.

A wealth tax would have been a good start. But we must also enforce existing antitrust regulations. Countries like Canada have laws that nominally prohibit unfair monopolies, including The Competition Act. But if you look around at telecom providers, banks, airlines and media outlets, you’ll find that almost every major industry in Canada is controlled by a triopoly or duopoly of some sort. Three telecom giants, Telus, Bell, Rogers, and their subsidiary flank brands like Public Mobile and Virgin, control the entirety of Canada’s wireless market, for example. It’s a similar story in the airline industry, with Air Canada and WestJet splitting the share.

To genuinely support small and medium businesses and promote public interest, breaking up triopolies, duopolies, and monopolies is essential. To do that, we need to strengthen our antitrust regulation, arm the Competition Bureau of Canada with real teeth, and most importantly, place further restrictions on corporate lobbying of federal and provincial MPs.

Once we have a healthy antitrust system in place to safeguard the interests of Canadians, we wouldn’t have to worry about Elon Musk’s interplanetary monopoly as much. To date, none of our safeguards against corporate overpower are functioning as intended.

I wish I was wrong, but the statistics say otherwise. Remember the day, January 7, 2021, either as the day when the world slipped into the hands of one particular interplanetary oligarch hereinafter and forevermore, or as the beginning of a popular awakening to the political establishment that aids and abets super-oligarchs.

Interplanetary oligarch Mr. Musk is now the richest man on Earth, but that is a pointless title because his real aim is to solidify his standing as the most powerful man in the Solar System with his private fleets able to reach Mars and beyond. Space is the new frontier, and Mars is the new Earth waiting for developers and residents to move in. Elon Musk is a true visionary who envisions a world decades from now and the stock market agrees with him. He has wonderful plans for humanity, but we must ask ourselves, are his plans for himself and Grimes, or us the ordinary people?