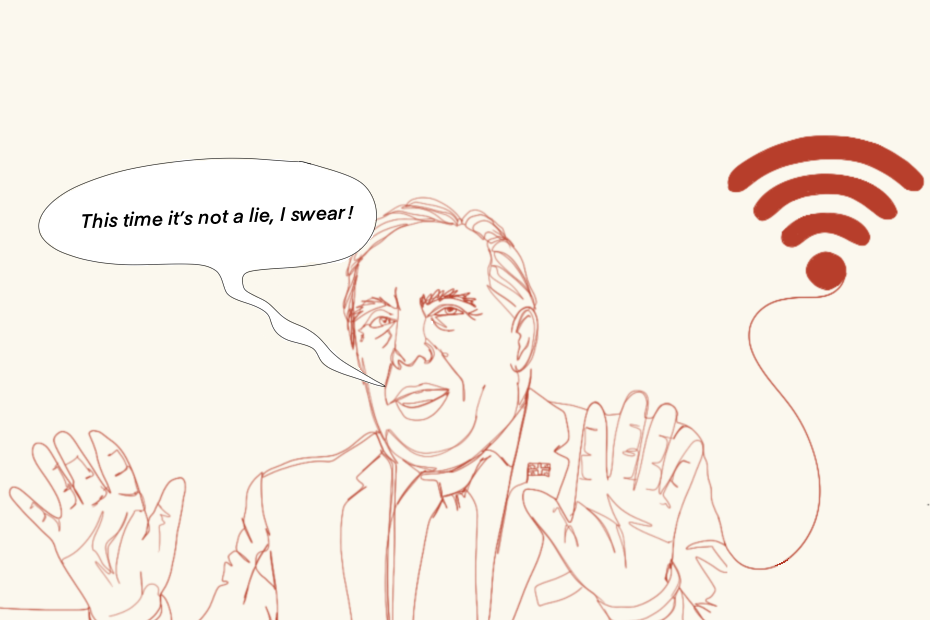 In 2018, François Legault promised that a Coalition Avenir Québec (CAQ) government would invest $400 million over four years to provide all of Quebec’s populated regions with access to high-speed internet and wide-band cellular coverage. Additionally, a joint federal-provincial investment of $125.2 million would give fourteen Inuit communities and twenty-eight institutions in Nunavik, Quebec’s northernmost administrative region, access to better internet.

It’s been more than two years, and Nunavimmiut have seen little change in the quality of their internet. According to Andrea Brazeau, a fourth-year Faculty of Education student and resident of the small Inuit community of Kangiqsualjjuaq, poor connection and slow speeds make it nearly impossible to access online health, financial, educational, and work-related services, including COVID-19 benefits and income support.

Last November, Brazeau published an open letter to Premier Legault urging him to follow up on his campaign promise. While most McGill students have had the option of taking their classes from home these past two semesters, Brazeau – due to the poor internet connection in Kangiqsualujjuaq – has had to remain in Montreal just to access myCourses, join Zoom meetings, and submit assignments. The Daily spoke to Brazeau to find out more about the situation in Nunavik and the reaction to her letter.

“I published it because I wanted to be informed,” Brazeau said, “to see if something would move forward […] I haven’t received a response.” Maryam Monsef, the Minister for Women and Gender Equality and Rural Economic Development, promised to update Brazeau on the multi-million dollar project, but as of this article’s publication, Brazeau has not received an update.

Brazeau was hopeful that Legault himself would reach out, but she has yet to hear from him. Brazeau contrasted the swiftness with which Legault’s government responded to restaurateur David McMillan’s #openourcellars campaign, which secured Quebec restaurants the right to sell alcohol without an accompanying meal in December, to the silence she’s grown accustomed to.“It shows who’s important and who’s not,” Brazeau remarked.

Reflecting on the Legault administration’s lack of action, Brazeau added, “I wish that these politicians could come up north and live two weeks, or even a week, just to see the realities – the internet, the lack of housing, the high cost of living. So they could actually feel what it’s like. Maybe then they would make a change.”

Brazeau said she would continue to fight for equitable internet access. She’s been working on an opinion letter, and says she’s been approached by other students about starting a petition.

Asked what readers could do to support her cause, Brazeau said, “Fight with us. Fight for things we deserve. Because we do deserve the same resources and services I receive down here.”