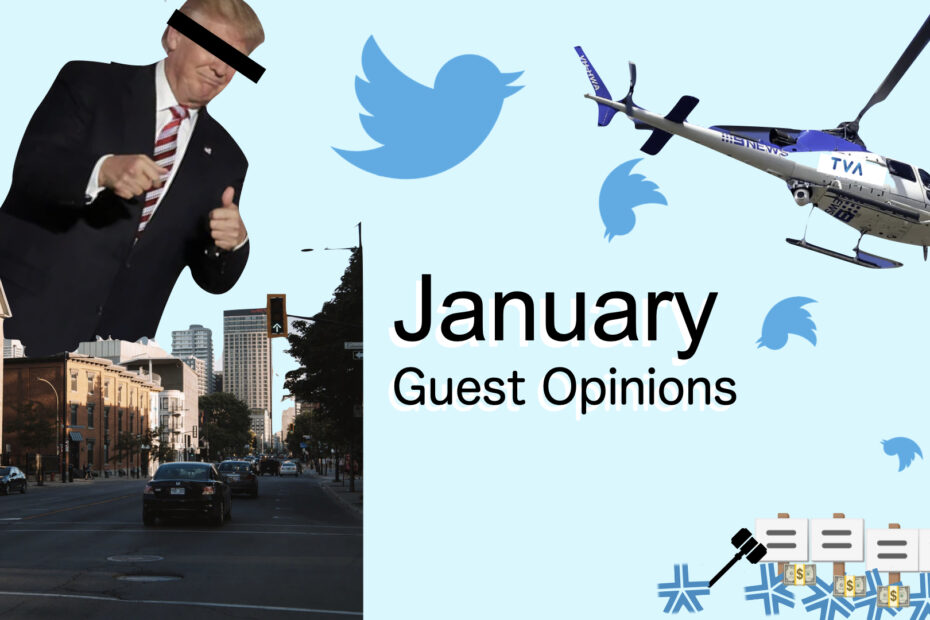 Guest opinions from all across the McGill community that address a variety of topics. To pitch to us, refer to our submission guide.

Good Education is Not a Right, nor a Choice but a Burden

Our world does it resemble yours, where we come from. Our education is drizzled in the blood, sweat and tears of our parents , that are currently locked up and nowhere to be seen.

Many of you might have heard the ongoing devastating news about Lebanon. I was blessed with access to both worlds, some may say I’m even Hannah Montana, but one world isn’t a Disney movie, it looks more like Paranormal Activity 1 through 5.  And here’s why:  Where we come from, good Education is not a right, nor a choice but a burden.

On December 9th, the American University of Beirut alongside other universities shared their plans to increase the conversion rate of the Lebanese Pound up to nearly 260%. But the horror movie doesn’t start there. Lebanese students have been facing harsh times for about a year now. In October 2019, classes were dismissed for a month as the revolution began, many students joined the streets to fight for basic rights, such as the right to a democratic government, the right to proper education and the saddest thing of all, the right to necessities like electricity and water.

As months passed and new challenges were faced, students had to halt all their studies in February due to the pandemic. By then, the inflation increased dramatically and students weren’t able to afford the appropriate equipment: laptops, headsets and internet to accommodate. The year ended very poorly, most of the official exams offered in Lebanon got cancelled. I think the major jump-scare of this horror movie was on August 4th, a ticking time bomb exploded in the heart of Beirut, leaving nearly 206 dead, 3000 wounded and 300 000 homeless. The sound of the explosion rings to this day in the ears of Lebanese souls, victims of a corrupt government.

I was fortunate to leave Lebanon and study here at McGill and gain access to all sorts of funding, but many today are having to choose between dinner for a month or a credit at university and with the current changes, they might have neither. And I wish I could tell you how the story ends and what the moral of the story is, but it is uncertain. You can help shape the future of many students by contributing financially or spreading the word. Your knowledge about the current situation is in itself a contribution.

My Experience as a Privileged WOC

The first time I, as well as my brothers, realized my grandma was Black, was when I was 5 years old. It was not from spontaneous self-discovery or by doing research that I came to such a conclusion. It was my dad who revealed to me that grandma was, in fact, a Black woman.

Growing up in a small town on the south shore of Montreal, racism, classism, and even microaggressions were never something I experienced. In fact, the middle school I attended was very much diverse – white kids represented less than half of all students. As I became older and was made aware that being mixed, or Black, or Asian, or any ethnicity other than white was deemed different, is when I started noticing subtle but obvious racial facts I was once too young to understand.

For as long as I can remember, we were the only mixed family in my small town. People would easily recognize my grandma walking around town. They would say, “She is the only black person in town,” A small comment that many would characterize as inoffensive, yet which weighed a lot on my young conscience – we were the only ones in town. I was never ashamed of being so-called different, I never was criticized for it, no one classified me as “the mixed-race girl” when I was younger. From what I can remember, racism was not something I ever experienced, or witnessed my family experiencing, for most of my life.

I always considered myself very fortunate and highly privileged. All my life, I never lacked anything – we had plenty of food available to my family of six, we were able to afford two vacations a year, my parents both worked full time jobs, my three brothers and I had access to top private education and played sports. In fact, I would consider my family above average because the truth is, my family is part of the small portion of the population located above the middle class. My dad’s dad, my grandpa, founded a very large finance company that has been growing more and more since its creation. Everyone knows my family in my town, and I’m not saying this to brag, but simply to add to my point – I have always been highly privileged.

I have been playing tennis since the age of four. It was my dad, Sebastien LeBlanc, who initiated my brother Alex and I to the sport that forever changed our lives. Because of tennis, we were able to travel, learn two new languages, make friends, and train in conditions any tennis player would dream of. At the age of 13, both my parents, with my and Alex’s approval, decided to send us to Spain to train at a well-known academy. We attended the private school for four years.

People only associate privilege with being rich and famous, when in fact privilege is also being educated, having a roof over your head, having access to nutritious and healthy food, being loved and supported by your parents, being able to afford vacation getaways, et cetera.

The Myth of Conservative Censorship on Social Media

One of the biggest myths that is being circulated concerns the alleged censorship of conservatives on social media. They claim that Big Tech purposely ban and censor people with conservative views. Donald Trump has spearheaded this faux movement, first arguing that Twitter unfairly censored him after they started fact-checking his tweets.

In reality, his tweets were being circulated and amplified on Twitter and all the major news channels, free of charge, for years. Regardless of his controversial remarks, Mr. Trump acquired an unparalleled following on Twitter. Journalists, pundits, regular people all chased after his tweets, making him the No.1 personality on Twitter. Not only didn’t Twitter suppress him, Twitter made him the person he will forever be remembered as.

This was all before he publicly incited a coup at the Capitol. An insurrection at the temple of democracy was already unthinkable, and yet the President of the United States was the one inciting it. Had social media platforms not suspended him, it could have been a lot worse.

Despite being suspended by all major social media platforms, Citizen Trump in all intents and purposes still has his full freedom of speech unimpeded. He can go on One America News Network (since Fox News might no longer welcome him) and do as many interviews as he pleases. He is also more than welcome to open a Parler or GAB account and communicate with his supporters. He also has his website up and running as well.