“Inconvenient Indian” is a Testament to the Power of Indigenous Resilience

A review of Michelle Latimer’s documentary 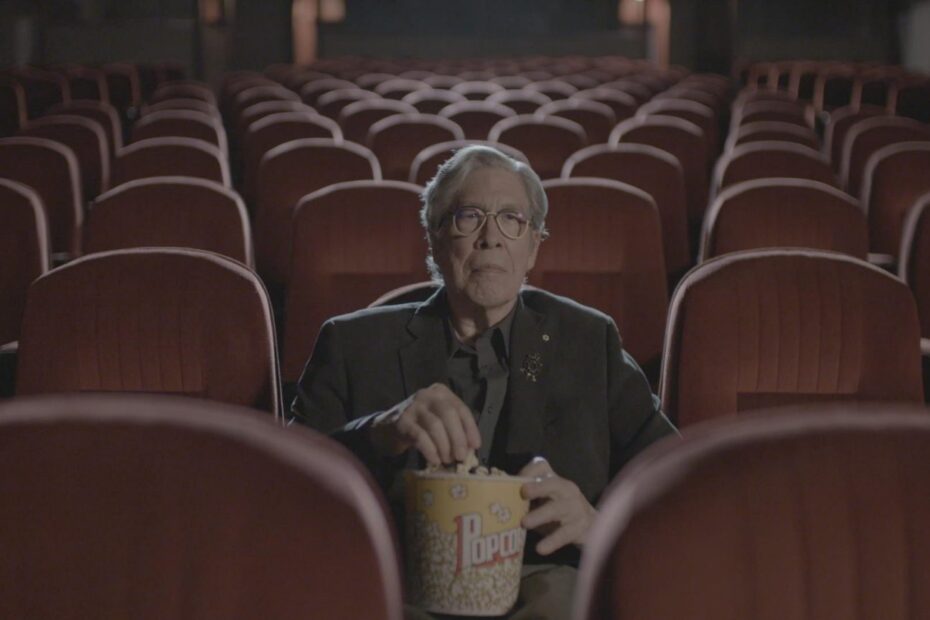 “The truth about stories is that it is all we are. So you have to be careful about the stories you tell; once they are set loose in the world, they cannot be called back.”

His cab rolls along, shadows of buildings stretch along his face. And with a twinkle in his eye, he carries viewers off into the night – the story has just begun.

Inconvenient Indian (2020) is one of 11 films featured in this year’s “Disrupting History” section of the Montreal International Documentary Festival. Adapted from Thomas King’s award-winning book, The Inconvenient Indian: A Curious Account of Native People in North America, the film sheds the traditional documentary format and instead offers a powerful snapshot of Indigenous peoples in 2020. The project is a poetic expression of pain, frustration, and the opportunity for new beginnings. King narrates the documentary and guides the audience on a ride through Toronto, stopping at different landmarks, including the Fox Theatre and the Royal Ontario Museum.

Inconvenient Indian’s thesis is clear: ignorance is destructive. The documentary challenges archaic ideas and renderings of Indigenous people – what King refers to as “Dead Indians” – and contrasts these images of a bygone era with the vibrant and active communities that have lived in so-called Canada for hundreds of years, creating a powerful story of self-mobilization.

The film’s spotlight on Indigenous creators, activists, and community leaders demonstrates just how false and damaging Canadian “history” remains in its depiction of Indigenous peoples. As King posits, mainstream history’s conscious and systemic relegation of Indigenous accounts to the white colonial point-of-view is an act of material violence. The subjects of the film, trailblazers in their respective communities, indicate that the continual propagation of detrimental ideas about Indigenous people benefits the societal systems that seek to repress them.

With a razor-sharp tone and swift cadence, Thomas King narrates the history of colonization in Canada – this time with the help of Indigenous peoples living and creating here in the present. Juxtaposing close-ups of Indigenous power and self-determinism with images and quotes from our colonial history, Inconvenient Indian incites discomfort in its non-Indigenous viewers. The film takes specific aim at how non-Indigenous Canadian society justifies its past actions, arguing that the mindset of being “unable to judge the past by the present” allows settlers to shove Canada’s history of violence and oppression under the rug. That same logic renders them blameless for the decisions they make today. As King muses in the dark taxi, “Perhaps it’s unfair to judge the past by the present, but it’s also necessary.”

In December 2020, director Latimer’s Indigenous ancestry was called in question in an investigation by CBC News, revealing that members of Kitigan Zibi Anishinabeg First Nation refute Latimer’s claims of “Algonquin, Métis and French heritage, from Kitigan Zibi Anishinabeg (Maniwaki), Quebec.” After Latimer’s lies came to light, she returned numerous awards, including the BMO-DOC Vanguard Award, and announced her resignation from CBC’s series Trickster. Inconvenient Indian has not been above the fray; the documentary has been pulled from Sundance 2021, and the National Film Board (NFB) released a statement saying they are looking to “explore an accountable path forward for the film.”

Though the allegations against Michelle Latimer are nothing short of appalling, the people taking the brunt of the fall are the voices and stories highlighted within the documentary. Without the existence of a concrete plan for its distribution from the NFB, and because of its subsequent removal from Sundance, Inconvenient Indian’s prospects look bleak. Many of the artists featured in the film spoke out against Latimer; filmmaker Alethea Arnaquq-Baril stated, “She’s thrown years of work and beautiful, thoughtful craft down the tubes because she didn’t have the nerve to be honest about her heritage.” Gitz Derange, an author, actor, and former colleague of Latimer’s commented that, “We want to see ourselves succeed. When this happens it robs us of that. They just take our stories and they’ve always done that. They rob us of these moments.” And Indigenous playwright Drew Hayden Taylor argues that Latimer has appropriated funding that was specifically allotted to the development of Indigenous talent and enterprise. This is made worse by the fact that, as Taylor writes, “In the big musical-chairs game of funding, there are precious few chairs available already.” Michelle Latimer took a seat that wasn’t hers to begin with and received numerous opportunities at the expense of Indigenous creators.

Stuck under the subterfuge of Michelle Latimer’s falsified heritage, the people featured in Inconvenient Indian may never receive the attention that they deserve. While the backlash from various film and media institutions against Latimer is appropriate, her deception may have very well relegated the film to the shadows, when the voices it features deserve to be thrust out into the light. Inconvenient Indian seeks to capture an authentic depiction of Indigenous peoples not just surviving in the wake of colonialism, but thriving. Michelle Latimer has extinguished her own credibility through her lies, but in doing so, she has underscored the power of Indigenous resilience. The Indigenous voices within the film will continue to change the world for the better – with or without Latimer’s name in the credits.