YA, I Love You

On returning to Young Adult literature during lockdown 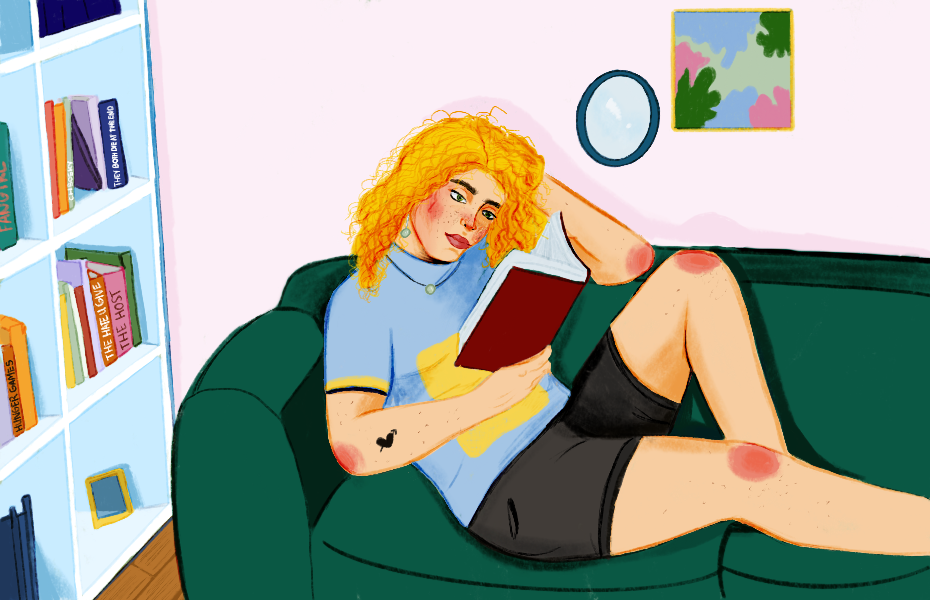 I had what I consider a charmed childhood that resided partially in the worlds that exist between pages, and in the imagination. I squeezed reading into every spare moment: at the breakfast table, sitting cross-legged in a corner at recess, and curled on the couch at home after school. I’d spend hours at the library scouring the young adult section, ready to be immersed in new adventures, my fingers trailing along each book spine. These stories made me believe that I could do anything – be a knight, fall in love, have magical powers, talk to animals, and be uncomfortable yet surprisingly sexy in a short skirt. The world felt extraordinary; it was a place worth protecting from harm.

This summer in lockdown, I returned to the books of my pre-teen and adolescent years, in an effort to maintain a sense of self as things fell apart around me. I re-read Cassandra Clare’s Mortal Instruments, her prequel series The Infernal Devices, and Stephanie Meyer’s The Host. I tore through teen romance novels set in high schools, rife with miscommunications and emotional tumult, like Judy Buxbaum’s Tell Me Three Things. And I savoured the familiarity of my favorite childhood fantasy books, Tamora Pierce’s Song of the Lioness, a series about a girl named Alanna who dresses as a boy in order to become a knight. Reading Song of the Lioness as an adult felt like rediscovering a part of my younger self. Alanna is stubborn, brave, and true to herself – traits I hope to carry with me now as effortlessly as I did as a child. My return to YA was a return to my roots; it allowed me to escape to new worlds, and to maybe even become more hopeful about this one.

YA fiction is hopeful. It portrays the messiness of humanity, but promises a happy ending. It helps readers like me imagine a better society, and it inspires empathy in readers. Through it I’ve learned the code of chivalry, the duty to help people in need, and for better or for worse, I’ve discovered what it’s like to date supernatural creatures. While some books are purely escapist to me, others like Pierce’s Song of the Lioness series portray complex female characters who use their skills to win battles and protect their friends. These women are depicted as warriors, but they also have periods, get to have sex, and wear beautiful gowns. Books like Song of the Lioness offer more than an escape – they can help readers imagine ways to make the world a better place.

My expectations for romance have undoubtedly been damaged by stories like Twilight and The Mortal Instruments – which taught me to desire the protection of a super hot muscled man who views me as his possession – but through a bit of trial and error in the real world, I’ve found myself leaning away from heteronormative beliefs and relationship models. Understanding my queer identity might have been easier had I had better queer role models in YA fiction. And yet, despite this drawback, the genre still gave me the tools to create my own narratives. I can remember a character’s bravery, and feel more brave myself. I tell myself that if Alanna can become the King’s Champion of sword fighting, then I can get out of bed and do my school work during a pandemic.

I was lucky enough to grow up at a time when YA was finally being written for girls, but it’s crucial to point out that the majority of characters in the books I’ve mentioned are cisgender, white, and straight. Their authors, too, are mostly cisgender, white, and straight. By failing to reflect the actual diversity of its readership, YA literature has had a significant influence on society’s views of marginalized people. It dictates who is humanized, who is perceived as one of the “good guys,” and who is considered worthy of coming of age.

This has slowly been changing in the decade since I was a pre-teen. Indigenous writers are changing sci-fi, which includes much of YA literature, because “writing futuristic narratives and building fantasy worlds provide a measure of freedom to tell stories that feel experimental and innovative, and aren’t weighted down by the legacies of genocide and colonialism.” Black YA authors have also been bringing awareness to issues like police brutality; Angie Thomas’s The Hate U Give remained on the New York Times YA best sellers list for 190 weeks.

The genre still has a long way to go. Children and teens need YA fiction of all types written by BIPOC, queer and trans authors. Finding these stories isn’t difficult – activist Rachel Cargle’s new bookstore’s website lists BIPOC and LGBTQ+ authors, and has a section dedicated to YA. Local libraries often have book lists organized by genre on their website, like this Seattle Public Library list, and Goodreads has a similar feature. These are all places to begin – this list is by no means exhaustive, and it’s important to seek out these books and support marginalized authors.

I was lucky to grow up with YA literature. The excitement of reading the first few pages of a new book, the triumph I feel whenever evil is overcome yet again, the bittersweet stillness that comes at the end of a good story – I’m trying to hold onto all of that right now. Still, I recognize that YA needs to do better, so that all children (and adults) can pick up a novel, and feel a bit more seen, a bit more brave, and a bit more hopeful.