The trans health landscape in Montreal 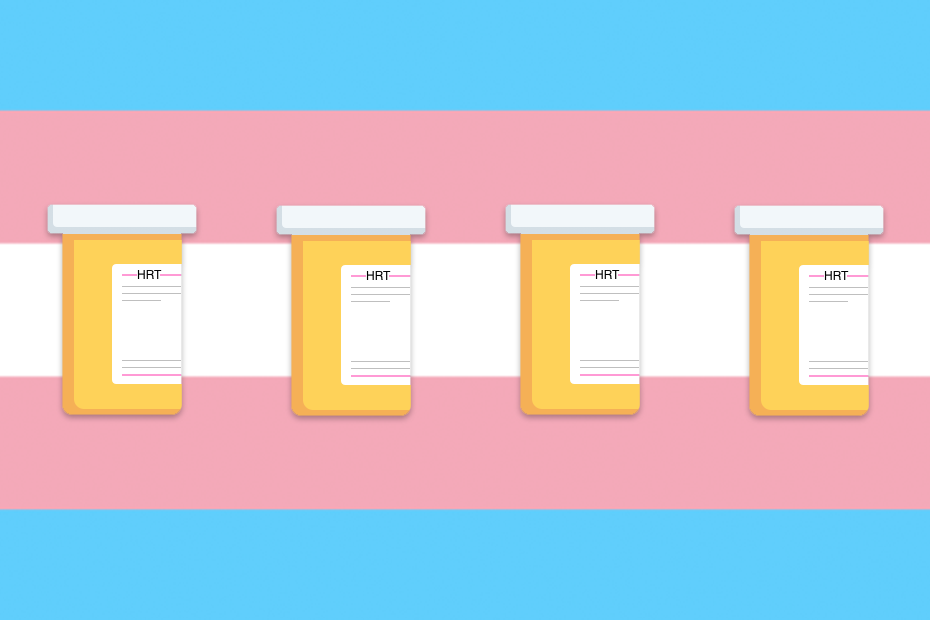 Despite progress made in the transgender liberation movement and a decrease in transphobic attitudes that labelled being transgender as a disease, transgender individuals are still subject to the scrutiny of the medical system, and face significant barriers in receiving gender-affirming treatments, including hormone replacement therapy (HRT) and gender-affirming surgeries.

These barriers occur as a result of transmedicalism, “a belief that one needs to experience the medical condition known as gender dysphoria in order to be considered truly transgender.” Gender dysphoria “refers to the distress that may accompany the incongruence between one’s experienced or expressed gender and one’s assigned gender.” Although Gender Identity Disorder was renamed to Gender Dysphoria in the fifth edition of the DSM to remove the stigma surrounding the word “disorder,” trans individuals still need a clinical diagnosis to access treatment. In most cases, individuals need a clinical diagnosis of gender dysphoria and referral letters from a mental health professional to access HRT and gender-affirming surgeries in Quebec. In order to receive a clinical diagnosis, the ‘symptoms’ of gender dysphoria must appear in an individual for a minimum of six months. The inaccessibility of psychological services, including high fees and long wait lists, are one of the first barriers that a transgender individual may face in accessing gender-affirming care.

Although Montreal has a dedicated gender clinic at the Montreal General Hospital – the Human Sexuality Unit, where trans individuals can receive this diagnosis – the process of acquiring care at this clinic can still be costly and long. According to Santé Trans Health, the estimated cost of pursuing solely psychological therapy at this clinic is $3375 CAD per year, and it typically takes one to three years to meet requirements to gain access to an HRT prescription through this therapy. The clinic also does not use a harm reduction model or meet the Standards of Care delinated by the World Professional Association for Transgender Health, a “non-profit, interdisciplinary professional and educational organization devoted to transgender health”, a set of guidelines already under fire for its ineffectiveness. According to Action santé travesti(e)s et transsexuel(le)s du Quebéc (ASTT(e)Q), a Quebec based trans advocacy group, “most frontline workers and trans advocacy organizations do not see the Montréal gender clinic as a respectful or accessible resource for the majority of people seeking to physically transition.”

Despite the fact that McGill reports itself as having LGBTQ-inclusive medical services, including designated LGBTQ friendly counsellors in its Student Wellness Hub, their services are not exempt from this transmedicalism, and trans students have reported facing barriers in accessing treatment through the Wellness Hub. According to one student, who asked to remain anonymous, a McGill psychiatrist gave him false information on where he could receive an HRT prescription and failed to complete a referral request. Students have also reported long wait times for appointments which is exasterbated by requesting a LGBTQ counsellor, and a lack of notice from the Wellness Hub prior to changes in which medical professionals they would be seeing.

Even when psychological evaluation is accessible, there still remains a number of barriers to accessing gender-affirming surgeries. For one, information about insurance coverage for these procedures is highly inaccessible; according to educaloi, RAMQ covers some gender confirmation surgeries, but eligible procedures are not clearly delineated. Some procedures, such as facial feminization surgery and breast implants, are specifically excluded. Even when these surgeries are covered by provincial healthcare, trans individuals have reported long wait lists, which leads many to pay out of pocket at private clinics. According to Santé Trans Health, these surgeries are not covered for refugees until they obtain Quebec residency. Further, it is unclear if either SSMU Studentcare insurance or the Blue Cross international student plan currently covers these surgeries.

There are also barriers in accessing HRT. Hormones are covered by the Québec Public Prescription Drug Insurance Plan, which applies to all Quebec residents without private drug plans, but this information is not readily available or easy to understand. Although HRT is also presumably covered by drug plans in the SSMU Studentcare insurance and Blue Cross international student plan, there is no specific information about this in the insurance booklets. Further, although any doctor can legally prescribe hormones, many refuse to do so, due to legal or moral concerns.

How can these barriers be addressed?

Some medical professionals are moving towards a model of informed consent for prescribing HRT, which does not require a diagnosis of gender dysphoria and instead relies “on the assumption that you are best equipped to make decisions about your own body, while providing you with the tools to ensure that you have all the necessary information to make an informed decision.” As explained in A Clinician’s Guide to Gender-Affirming Care: Working with Transgender and Gender Nonconforming Clients, “in trans-affirming care (or a client-centered approach), [a clinician’s] role is to help clients understand the choices they have.” According to Sarah L. Schulz, assistant professor of psychology at Point Park University, “this model shows promise for the treatment and understanding of the transgender experience outside of the lens of medical pathologization.”

Information about informed consent clinics in Montreal is not easily available online, but trans advocacy organizations such as the Centre for Gender Advocacy at Concordia and the Union for Gender Empowerment at McGill can provide direction in accessing these services.