SPVM is a Deportation Machine That Hunts Down Non-Status Immigrants

Protect, not terrorize our non-status neighbours 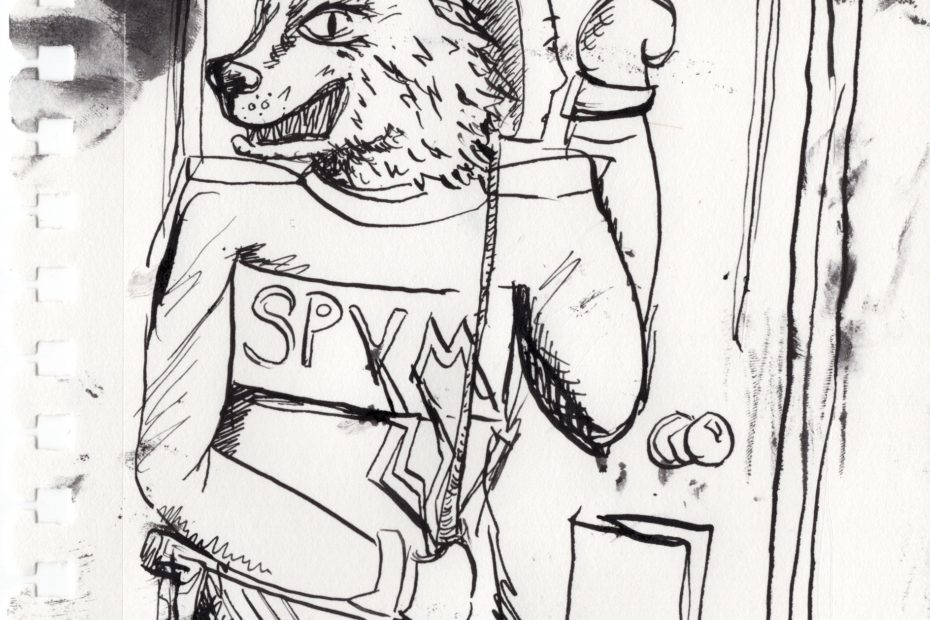 Montreal’s municipal police, the Service de Police de la Ville de Montréal, (SPVM) has consistently targeted the city’s non-status residents, despite the fact it is not in their jurisdiction to do so – it is the Canadian Border Services Agency’s (CBSA) responsibility to oversee matters of immigration enforcement. More than ever, we need to stand in solidarity with our fellow Montrealers who happen to be non-status.

In 2019, SPVM has contacted Canadian Border Services Agency (CBSA) to inquire about immigration status over 3500 times, on average 10 times a day. That is a higher number than any other municipal police agency in Canada. In comparison, Ottawa only called the immigration enforcement body 149 times in the same year. Edmonton – 404 times; Vancouver – 460 times.

In an interview with CBC’s French Service Radio-Canada, SPVM spokesperson Inspector André Durocher is quoted saying “It is very clear: as a municipal police force, enforcing immigration law is outside our mandate.”

He goes on explaining. “If the police ask a person ‘what’s your status in Canada?’ just to report them to CBSA, that is not our job to do. It is unacceptable.”

The SPVM officially is not in charge  of immigration checks, and yet their officers keep conducting them.

There is a minimum of 50,000 non-status residents residing in Montreal, and this number is believed by many activists to be under-reported. As people without formal status, already their lives are extremely challenging. Everything from bank accounts, acquiring a driver’s license, attending schools, to job interviews requires formal identification of some sort.  They must also be extra cautious so as to stay off CBSA’s radar, which entails staying invisible to government databases and avoiding law enforcement interaction as much as possible.  But in Montreal where the local police service proactively collaborates with the federal border agency, they must also watch out for SPVM officers who are circulating the streets 24 hours a day.

“90 per cent of [non-status immigrants in Montreal] live in poverty; 71 per cent limit their displacement in the city out of fear of being stopped by [SPVM] or immigration services; 29 per cent have children who can’t partake in extracurricular activities at their schools and libraries,” according to a Gazette Report.

In early October, SPVM launched a new initiative to formalize its communication procedure with the CBSA. But make no mistake, it will do little to protect non-status migrants.  All it does is now require all patrol officers to call a centralized desk at SPVM headquarters, which will then in turn contact CBSA for immigration status verification.

According to advocacy group Solidarity Across Borders, calling CBSA on a centralized line does not change the fundamental fact that non-status folks can still face arrest and deportation if they interact with SPVM officers even as victims of crime or witnesses. People interact with police offices for a variety of reasons. Maybe a non-status person is randomly stopped or pulled over by SPVM officers while walking or driving to work, school, the grocery store or library, and then the officer asks them to prove their immigration status. Maybe they’re victims or witnesses of certain crimes where they must file a police report.

The idea that the Canadian immigration system is dignified and humane is a myth. There are people who risk their lives to flee to Canada for the promise of opportunities and protection, but Canada has failed them. Mamadou Konaté, a CHSLD worker who has fearlessly worked on the front line of the pandemic, and who later was infected by the coronavirus himself, was incarcerated at CBSA’s Migrant Detention Centre in Laval for the crime of being present in the country without papers. Only recently was he released on bond on 19 October with his deportation still pending. According to Huffington Post, following a military conflict in Ivory Coast, he was detained, beaten and mistreated by Forces nouvelles, then an opposition group. Despite his experience of violence in his home country, Canada rejected Konaté’s asylum claim.

Another fact to keep in mind is that the SPVM has long worked alongside CBSA to execute immigration-based arrest warrants. In these cases, the SPVM acts at the request of CBSA to arrest and detain non-status individuals, then transfer them into custody of the CBSA.

SPVM is a deportation machine despite being a municipal police force.

Many non-status people in Canada already have outstanding arrest warrants under their names, issued by CBSA. Whenever they interact with local police, as soon as the officers run their names, the warrant will come up and then they will be handcuffed and arrested on scene.

Montreal claims to be a progressive city run by a visionary mayor. But for non-status people, the city and its police force symbolize fear and terrorization against the most vulnerable group in our community. As the activists affiliated with Solidarity across Borders have stated, Montreal is not a sanctuary city. On the contrary, it is a hunting ground for SPVM and CBSA to identify, detain and deport undocumented immigrants.

We can do better. Montreal needs to protect their non-status residents rather than terrorize them. First and foremost, the SPVM needs to formally cut ties with CBSA and issue an internal moratorium on immigration-based arrests. At the federal level, MPs and government officials need to look into a regularization program that keeps families together and brings undocumented persons out of the shadows with a path to legal residency. Visit Solidarity across Borders for more information.