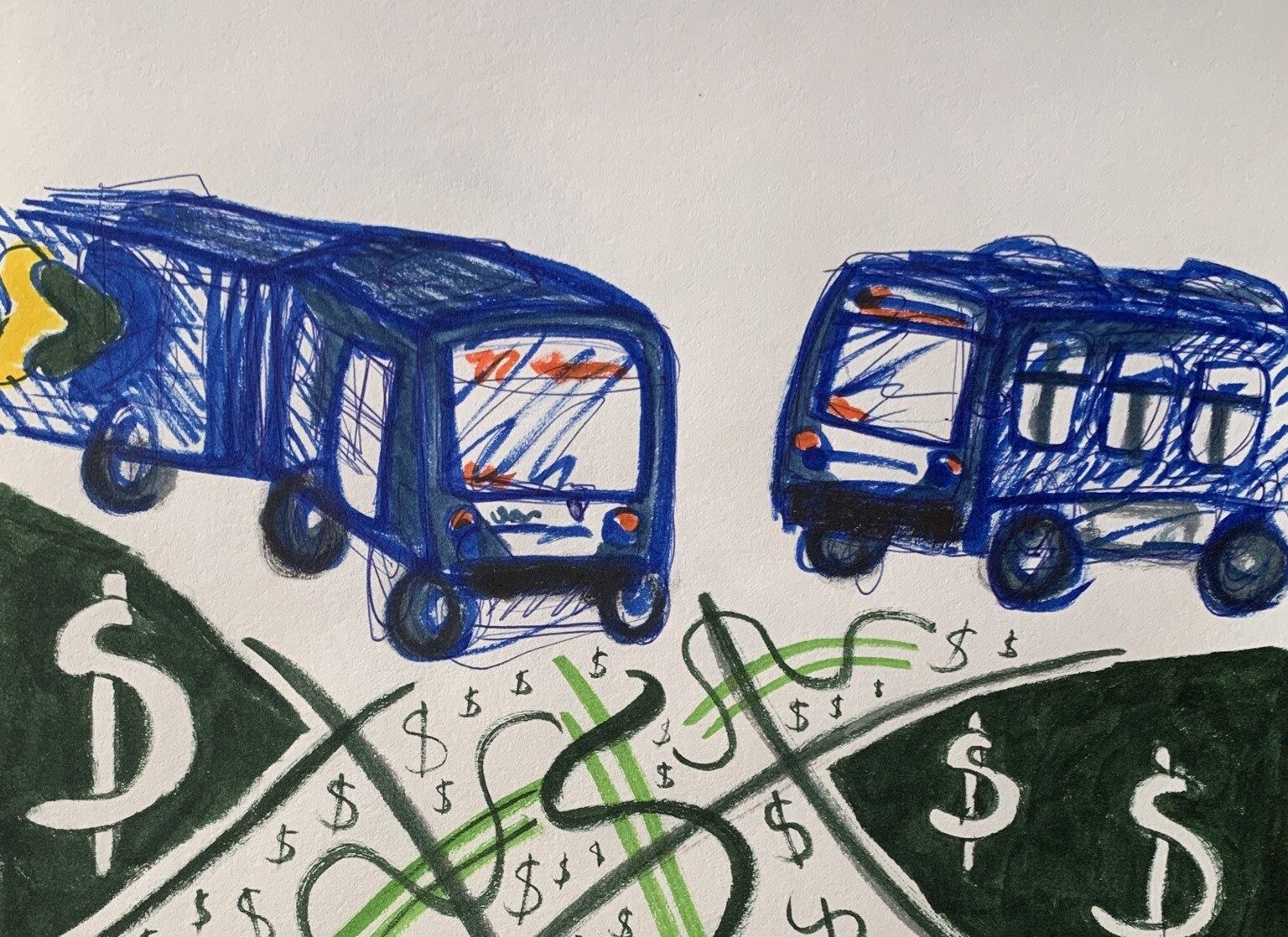 In late August, Phil Washington, the CEO of Los Angeles Metropolitan Transportation Authority, announced that Los Angeles is researching the possibility of becoming the first major city to scrap transit fare entirely, with a pilot proposed for as early as next year. After a century of endless suburban sprawl, Los Angeles has come to the realization that the combo of cars and freeways is not only a recipe for climate change, but also a catalyst of inequality.

A near-permanent state of gridlock, air pollution, urban heat island, lack of mobility options for low-income residents, and the non-descript suburbs homogenizing the landscape are all side effects of a car-dependent society. Montreal, despite its dense downtown core, is statistically no different than any other typical North American city in its loyalty to private cars. According to Statistics Canada, nearly 70% of commuters in Montreal drive to work – not much different than Los Angeles.

Currently, Canada has one of the highest per-capita carbon emissions in the world, and it’s not going down anytime soon. “Between 1990 and 2018, GHG [greenhouse gas emissions] from the transportation sector grew by 53%,” according to Environment Canada. A main contributing factor? The surging popularity of passenger light trucks or SUVs.

“Between 1990 and 2018, part of the GHG emissions increase was due to a higher number of vehicles on the road,” Environment Canada reports.

Our urban layout dictates that the majority of residents in the Greater Montreal Area must drive around on a daily basis for anything. Whether it’s grocery shopping, going to work or weekend hangout, you need a car or good luck stranded at a bus stop for hours. Sadly, this is a pattern seen throughout Canada. But if we’re serious about combating climate change, we need to change this.

As we’re facing the deadline to achieve carbon neutrality by 2030, incremental improvements are not enough. We need to move fast, faster than we could ever imagine. Free transit for all will do just that. Effective immediately once announced, and better yet, no additional infrastructure or personnel is required.

Free access to public transit will not revolutionize service coverage or frequency, but it will help remove cars from congested roadways and alleviate the financial burden of commuting for working families, young people and low-income residents.

Our urban layout dictates that the majority of residents in the Greater Montreal Area must drive around on a daily basis for anything.

We’re at a time in history facing extraordinary challenges: a global pandemic and its economic fallout, a housing crisis, a widening gap of income inequality, and an ongoing climate emergency. Extraordinary circumstances call for extraordinary solutions, and thus the time has come for Montreal to make public transit free for all in the metropolitan area.

Montreal is ready. Our mayor Valerié Plante famously campaigned on a pro-transit platform for her first term. This year, she is also advocating for bike lane projects all over the island during the COVID confinement. We have politicians that understand the value of public transit.

Montreal also has the funds to make public transit fareless. As of today, Montreal spends only 10.8% of its budget on public transit. Where does the extra budget money come from, if we are to implement fare-free transit? A myriad of provincial and federal subsidies and an anticipated increase in municipal tax revenue and savings from road construction and maintenance projects. The federal government has pledged to level up its climate response, and Quebec City is dedicating up to $6.7 B dollars to expand the green economy and bank on public transit throughout the province.

With the right amount of regional coordination, plus federal and provincial support, a system of free public transit in Greater Montreal is possible. But of course, just like anywhere else in the world, commencing a project of this scale would usually call for a task force to research the feasibility beforehand.

As the COVID pandemic continues to wreak chaos and now the second wave on the horizon, more and more Montrealers are struggling to make ends meet. With the public transit going fareless, people will be able to put more food on the table and worry less about having a roof over their heads. More than just expanding mobility options, it’s also a testament to Montreal’s commitment to equity and solidarity.

There are also existing concerns that free transit would lead to an influx of homeless people onto the system. Make no mistake, the fundamental cause of homelessness has nothing to do with transit fares or lack thereof. The scarcity of affordable housing, the inadequacy of mental and physical health resources is what’s forcing people to live on the streets, not the transit system. Homeless people deserve a roof over their heads. Until all levels of government finally start to provide social housing, people will have to take shelter somewhere else, with the place sometimes being public transit.

Montreal, it’s time for you to join the growing list of global cities embracing free transit.

Disclaimer: The views and opinions expressed in the article belong to the contributor and may not necessarily reflect those of The McGill Daily editorial board.