Notes from the Underground Campus

An anonymous source recently contacted me with a decidedly scandalous email subject line: Big Brother is on campus. I hurriedly answered back, and my correspondent replied that we should move our conversation off of the McGill email network. Someone might be looking, they said. Wow, I thought, this must be serious. The messages quickly began to pour in. Secret memos, clandestine on-campus meetings, international monetary rings, cyber-surveillance. I was overwhelmed and for the life of me couldn’t make sense of it all. McGill University was a leading progressive institution in the public sphere, but invested in fossil fuels? Our campus promoted religious diversity while secretly promoting oppressive governments and dubious advisory groups? But the most heinous of all was a single sheet memo, which I believe tells of a far more insidious situation. Below is a purported copy of the introductory tip-sheet for new campus tour guides. Read it and weep.

We’d like to welcome you to your new position in the McGill Information Control Society, better known as the campus greeter! It’s our job on these guided tours to help prospective McGill students get an inside (but not too inside!) look at the campus they’ll be calling home for four years (and paying dearly in tuition for). Here are some suggested tips.

In general, describe McGill as a utopian environment devoid of conflict

If someone brings up the eco-graffiti tags which were sprayed on the steps near Leacock last year, or the dumping of red paint over Queen Victoria’s statue, chuckle and explain that it only took a team of five sanitation workers two days to get rid of the paint, and that the spray-painting was an act of a lone anarchist whose threat has been neutralized.

If someone in your tour keeps bringing up McGill’s shady fossil fuel and militarization deals, tell them they’re welcome to talk more indepthly to another representative after the tour. 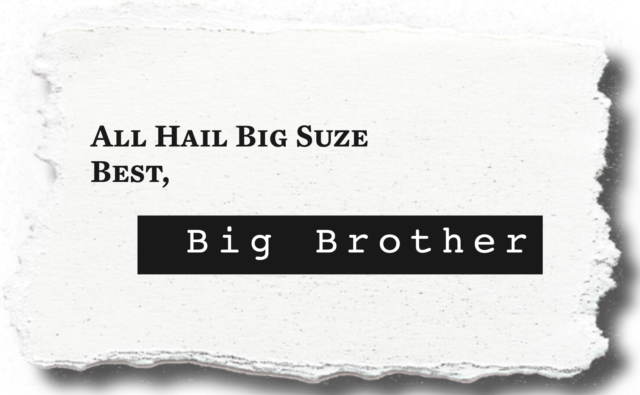