Demonstration in Solidarity with Wet’suwet’en 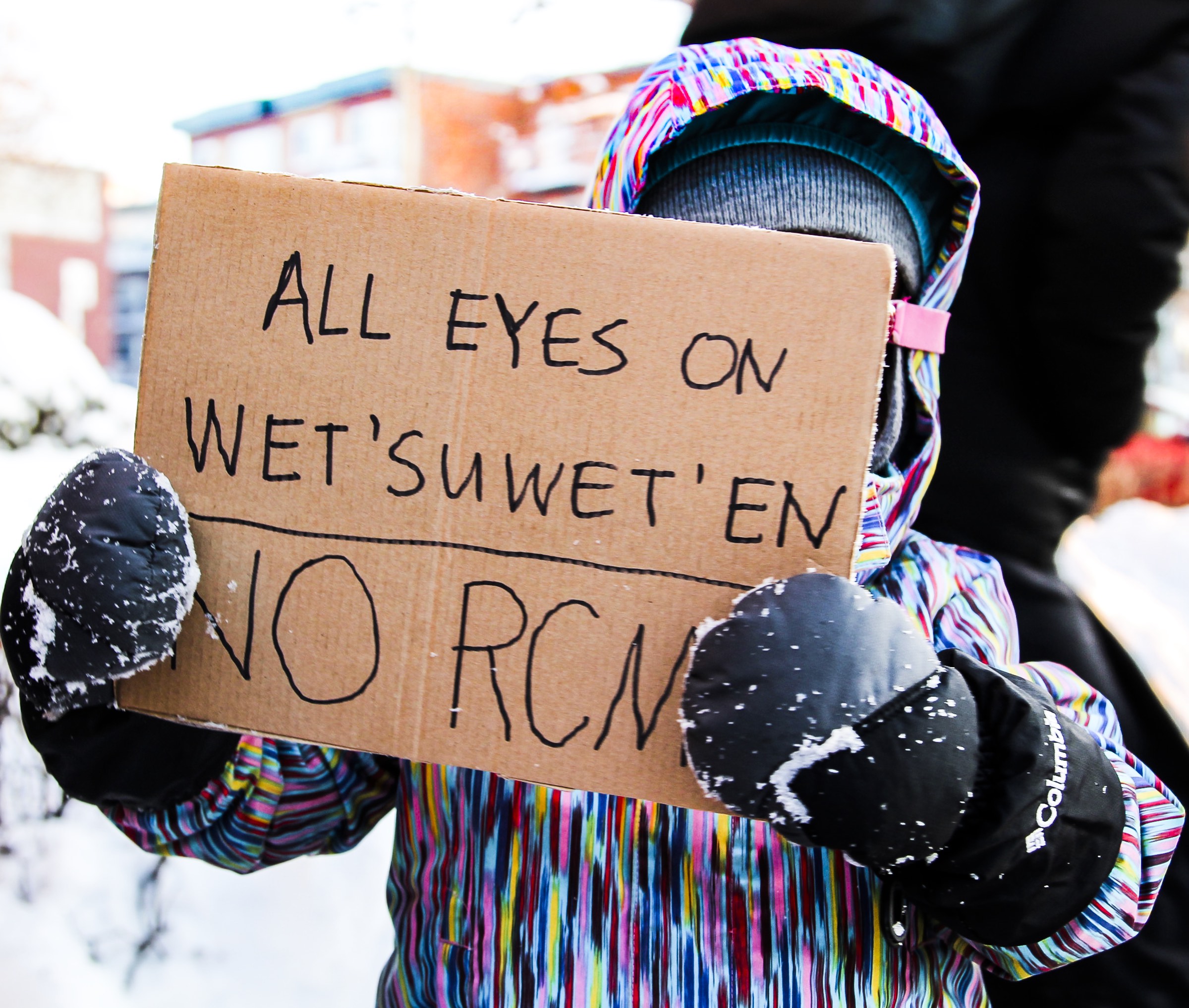 On February 7, students from the Indigenous Student Alliance (ISA) at McGill, along with allied students, gathered at Prime Minister Justin Trudeau’s constituency office in Montreal to stage a sit-in as a show of solidarity with the Wet’suwet’en people. The demonstration was organized in response to the violent arrest of six land defenders opposing the construction of a pipeline on unceded Wet’suwet’en land. These arrests took place as the Royal Canadian Mounted Police (RCMP) was enforcing a B.C. Supreme Court sanctioned injunction, mandating that the site of the Coastal Gas Link pipeline that was planned to be built, remain unimpeded – violating hereditary Wet’suwet’en law and British Columbia’s implementation of UNDRIP.

One of the organizers of this demonstration – who did not wish to be named – recalled feeling distraught and helpless upon receiving news of the arrests that morning, saying they “want[ed] to tie [themself] to the train tracks like the Mohawk.” As the office is symbolic of the whole Canadian government, they ultimately concluded that a sit-in at Trudeau’s constituency office would be the most effective way to communicate their disappointment and anger with the government’s lack of willingness to listen to Indigenous peoples’ complaints. “Long story short,” they said, “we stand in solidarity with the Wet’suwet’en peoples, and […] fuck the RCMP.”

Students characterized the sit-in and the analogous pipeline-opposition efforts in BC not as protests, but rather as means of protecting the Earth. “I don’t protest […] this is like, I don’t want people to die. I don’t want my family, my kin, to die. I love my land,” one student remarked, emphasizing that the goal of the demonstration was to protect the well-being of future generations of Indigenous peoples. Another student added that Indigenous people are protectors who take care to follow the respectful ways of their ancestors while preserving the interests of their posterity. These sentiments were reflected by the later demonstration on February 10, with one attendee asserting, “We are not protesting, we are protecting.”

A considerable number of SPVM officers were present at the February 10 demonstration, amounting to about nine officers to a small group of gathered of demonstrators. However, attendees were not deterred from criticizing the police, with several saying “Fuck Canada and fuck the RCMP” as a rallying cry. Demonstrators maintained their strong stance against the federal government, stating that Canada was failing to meet its claims of reconciliation: “You can’t take our land, our waters and our children. This is not reconciliation. This is not your promise,” one speaker stated.

Catie Galbraith, a member of ISA and one of the demonstration’s principal organizers, encourages McGill students to call their member of parliament, the British Columbia RCMP office, and any government official with influence over the situation. She also suggests that students with the financial means to donate money to the efforts of the Wet’suwet’en people to oppose the pipeline construction do so on the Unist’ot’en Camp website, and recommends that students show solidarity on social media by sharing graphics and posts from the Unist’ot’en Camp. As one student put it, “Everyone should be paying attention and supporting [Indigenous peoples] however they can.”