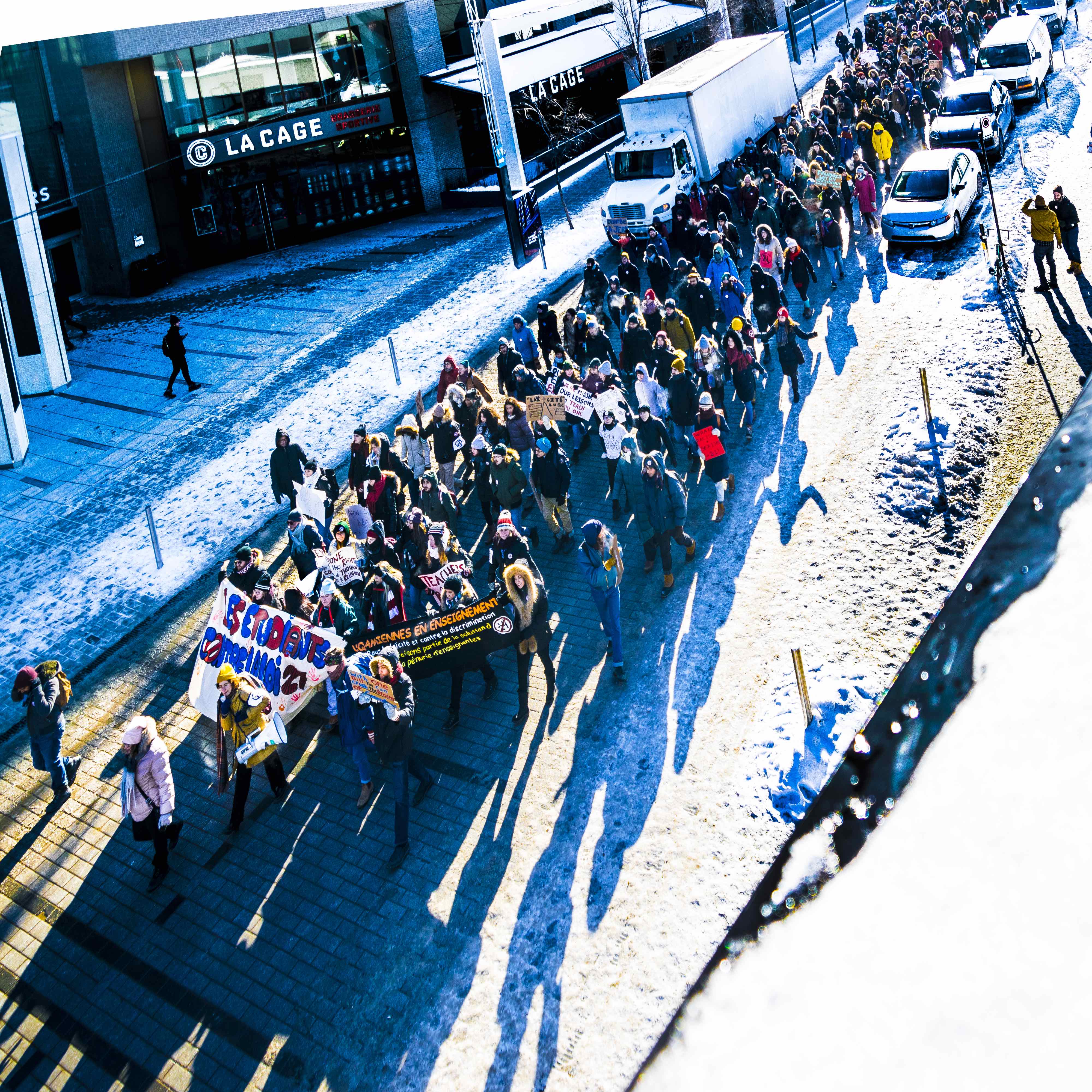 The brisk -20° Celsius weather did not quash a group of approximately 200 students participating in the Student Strike Against Law 21. On January 17, students and demonstrators gathered on McTavish Street at 12:00 p.m., demonstrating along Sherbrooke Street West to eventually reach the Ministry of Immigration on Saint-Laurent Boulevard. Hosted by SSMU External Affairs, Association facultaire étudiante de science politique et droit de l’UQAM, Association des étudiants et étudiantes de la Faculté des sciences de l’éducation, Non à la loi 21, and the Education Undergraduate Society of McGill, the demonstration was in solidarity with those affected by Law 21. This mass demonstration acted as a rallying point to jumpstart a movement that opposes the Law, demanding “that the CAQ repeals [Law] 21 in its entirety and that university administrations take a more hardline stance against [Law] 21 and support their affected members.”

Quebec’s Law 21 has been a site of controversy since it was first implemented in June 2019. The right-wing government has promoted it as legislation advancing secularism, as the third amendment of the Law states that “all persons have the right to parliamentary, governmental and judicial services as well as public services that are secular.” Law 21, also known as “An Act respecting the laicity of the State,” prohibits public employees from wearing religious symbols. This includes a ban on wearing hijabs, turbans, kippahs, and crucifixes while working. Public employees that were already employed at the time the bill was passed into law can continue to remain in their current positions; however, they lose protection if they decide to accept a promotion or take on a different position of employment.

In an email sent by SSMU on the morning of the 17th, the student union expressed that the restrictions of Law 21 “[show] that the government cares more about radical secularism than the freedom of workers from harassment by restricting their ability to transfer positions; that it cares more about imposing its view of what a Quebecker should look like than the current labour shortage of teachers; and that it does not realise, or perhaps does not care, that banning (visible) religious symbols does not affect everyone equally, but rather disproportionately affects racialized individuals such as Muslim women and people of the Jewish and Sikh faith.”

Strikers and demonstrators were an equal mix of Francophone and Anglophone individuals, picketing in both languages. Signs read “Welcome Refugees,” “You Can’t Have Capitalism Without Racism,” “Thank God We’re Secular,” “Don’t be a Jerk,” and “Be Better,” to name a few. Interspersed between speeches, strikers and demonstrators chanted “long live diversity” and “no exclusion.” The crowd was in high spirits despite the harsh weather conditions, they marched from McTavish to Saint-Laurent, where the group gathered outside the Ministry of Immigration and demanded that Law 21 be repealed. The Service de police de la Ville de Montréal (SPVM) closed off Saint-Laurent for the demonstration and were present for the duration of the protest.

Following the student demonstration against Law 21, McGill’s Arts Undergraduate Society hosted a General Assembly (GA) in Leacock 132 at 4:30 p.m. to discuss and vote on a follow-up strike in conjunction with other mass demonstrations and McGill’s Education Undergraduate Society, the Law Students’ Association, and the Medical Students’ Society. The strike would take place on Monday, January 20. However, with approximately 90 students in attendance, the strike GA did not reach quorum, and no motions could be put forward.

VP-External Adam Gwiazda-Amsel encouraged McGill students wishing to take a stand against Quebec’s Law 21 to support students striking in the Faculty of Education in their classroom picketing on January 20, 2020. 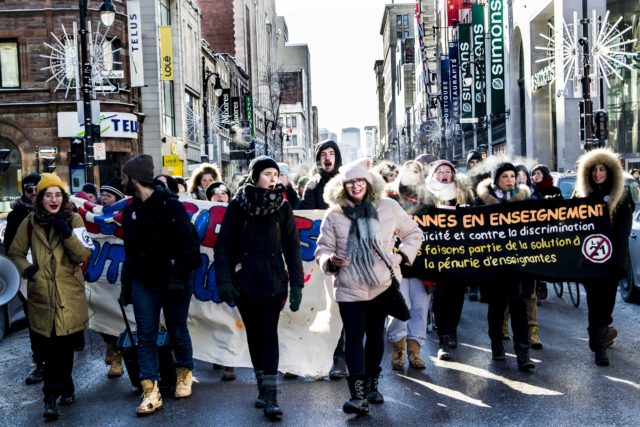 “As the protest went on and we got closer to the Ministry building, it seemed like the number of police surrounding us was increasing. It started with cars clearing the way but soon cops on bikes were on the sides and a large police van joined the cars following us. When a man began to harass protestors carrying a banner, the police didn’t seem to notice. We called out to them but were forced to deal with the man ourselves. It quickly became apparent that they weren’t there for our safety.” – Demonstrator 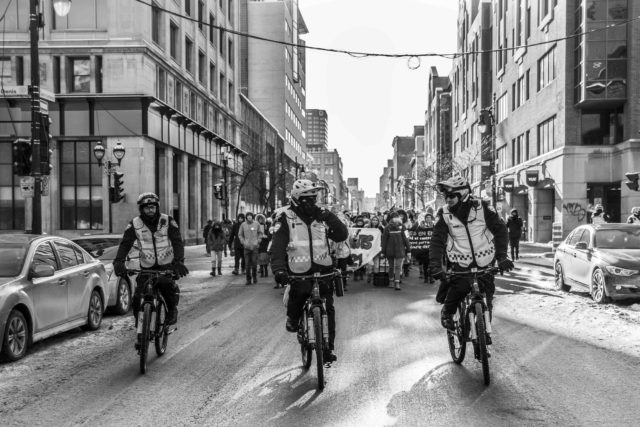