My Biodata? I Don’t Know Her

23andMe Licenses Its Own Drug 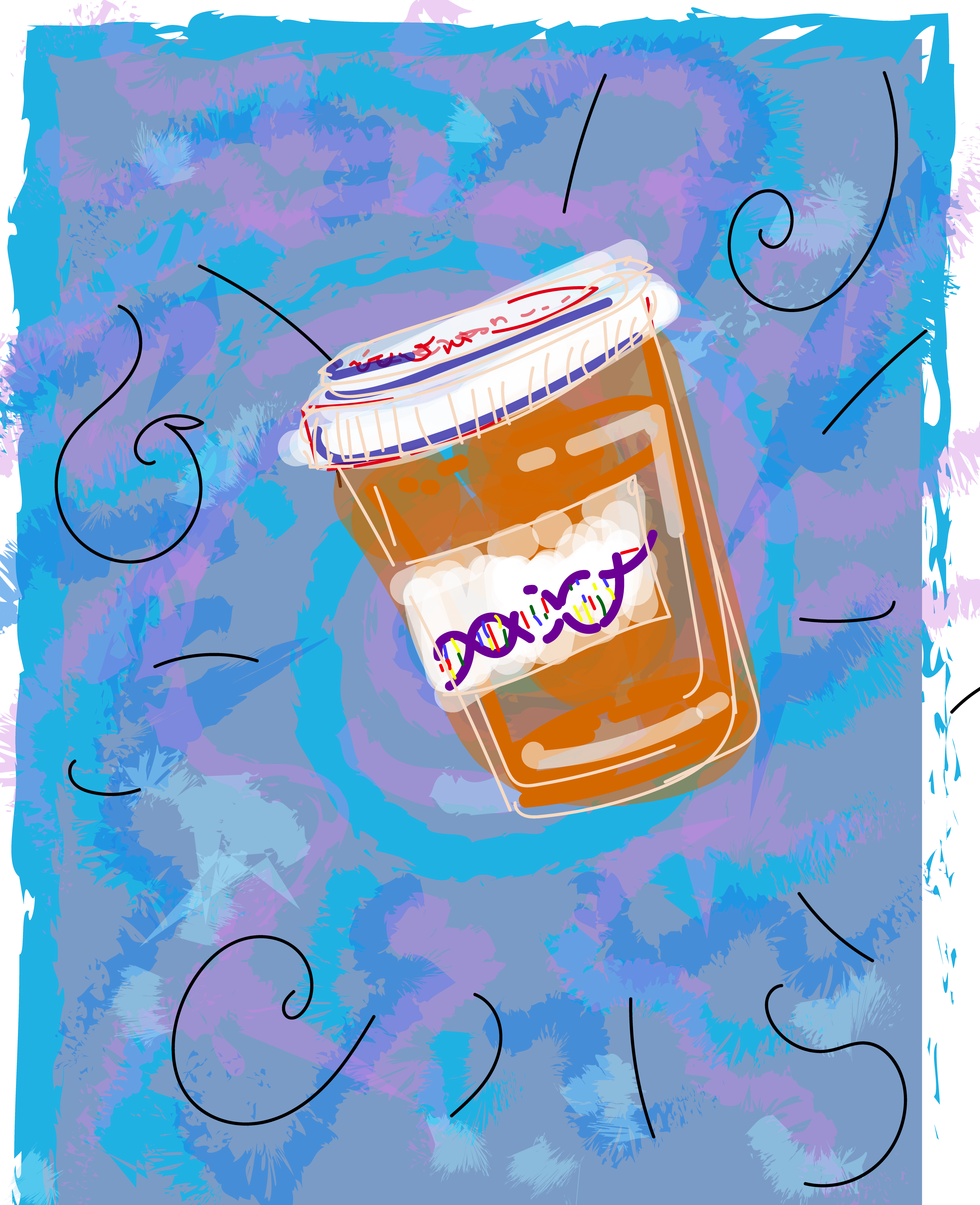 On January 9, 2020, 23andMe, the ancestry DNA company, announced that it has licensed its first drug compound developed in-house. Sold to Spanish drugmaker Almirall, the compound in question is an antibody that blocks signals from IL-36 cytokines, a type of protein involved in stimulating inflammation.This type of cytokine is associated with multiple autoinflammatory and immune conditions, including psoriasis, lupus, and Crohn’s disease. The licensing will allow Almirall to develop and commercialize the antibody for commercial use.

Though the price point for the licensing remains undisclosed, it is troubling to learn that 23andMe is now turning larger profits made possible by its database of genetic material, effectively signed over by DNA test kit clients. In the terms and conditions for kit use, clients consent to their saliva samples being used for genetic research. More than 10 million test kits have been sold over the company’s 13-year tenure (at a price point of $129 CAD for an ancestry kit, and $249 CAD for both “health” and ancestry), with 80% of clients consenting to their data being used for research. Personal health and fitness companies such as 23andMe, Fitbit, and Apple Health, have all been well-established as viable partners for pharmaceutical companies looking to leverage biodata for research and drug development. While the in-house development of the IL-36 blocker is a first for 23andMe, the company has long had ties to the pharmaceutical industry: they’ve been partnered with drug company GlaxoSmithKline for several years, for a $300M stake in the company. Similarly, Fitbit inked a partnership with Pfizer and Bristol-Myers-Squibb for research into atrial fibrillation and stroke. The ancestry DNA company, valued at $2.5B, has allegedly been transparent in its aims to profit from both (1) indicating genetic disposition to certain diseases and (2) creating drugs to treat them. However, the pretenses under which individuals engage with personalized medicine differ vastly from the pretense of research participation.

Though client data use is predicated on principles of informed consent, the rhetoric surrounding “collecting biodata” and the implications of its use for profit is drastically different from the marketing rhetoric used by personalized medicine. The marketing tactics typically used by 23andMe have included such promises as: individual control in the face of medical uncertainty, knowledge of personal identity through understanding of heredity and ancestry (see: this particularly bizarre ad from 2011), and kinship with others over shared genetics, (see: Elizabeth Warren’s claim to Native American ancestry), and their relatively low price point of the test kits made them marketable as “stocking stuffers” or gifts to a loved one. Researcher Kim Tallbear, from the University of Alberta, writes in her book Native American DNA: Tribal Belonging And The False Promise Of Genetic Science that some DNA kit users come from families fragmented by colonialism, with gaps in their ancestral knowledge that they hope to fill. Thus, these marketing tactics prey on the health insecurities and vulnerabilities of people hoping to know more about their heritage, ultimately to provide information with little actionable insight. It has also been widely documented that at-home genetic tests are not always accurate and are not diagnostic tools in and of themselves, with many concerns brought about by the company’s tests mandating follow-up and a lab-based diagnostic with a medical professional. While the tests might provide novel information regarding your identity and makeup, this information is not necessarily reliable or useful, and can even introduce anxieties.

These marketing tactics prey on the health insecurities and vulnerabilities of people hoping to know more about their heritage, ultimately to provide information with little actionable insight.

The intensity of the marketing rhetoric of DNA test kits to date is also reflected in the string of controversies surrounding DNA testing over the years. The link drawn between “racial ancestry” and shared genetic biomarkers across populations (how 23andMe comes up with its “ancestry” categories and calculations) has been called into question for reinforcing the concept of race as having biological foundations, rather than as a social construct. Do DNA test kits have a role in accelerating a rise in the rhetoric of race science and eugenics? The role DNA kits have played in affirming or negating identity – which has been in turn used in the arena of identity politics – has also been questioned and ridiculed since such instances as Elizabeth Warren’s claim to Cherokee ancestry. The narrative around point-of-use genetic testing has come to be tied heavily to questions of race and identity, rather than to research and drug development.

These developments with biodata are consistent with scientific history. This has always been the case with genetics, which has been used in the name of far too many racist and ethnocentric causes. Similarly, the use of human cells for research without appropriate patient knowledge, consent, or consultation is common. The case of Henrietta Lacks, a tobacco farmer whose cells were harvested unbeknownst to her and are the source for the HeLa cancer cell line (eventually put into mass production for biomedical research), is a salient example of the value of biodata, and how science can tend to completely overlook its source.

While the past several years have allowed space for real conversations about race, identity, and personal genomics, the question of what is to happen with all this biodata looms. Companies with such stockpiles of biodata are also treasure troves for health insurance, advertising, and other biotech companies. These players all become potential customers and “data miners”, also buying and selling client information to be sold back as therapeutics. The central question of whether informed consent can truly be given in this context – never mind the fact that so many of us rarely pause to read the Terms and Conditions – is still on the table. If we don’t consent to being in the biodatabases of the future, who instead is being represented in those frameworks? Who are the therapeutics for?

If you are interested in reading more about Race, Identity, and how DNA test kits factor in, check out extension coverage of the topic on NPR CodeSwitch episodes: