In the Wake of Reversing Opt-Outs in Ontario 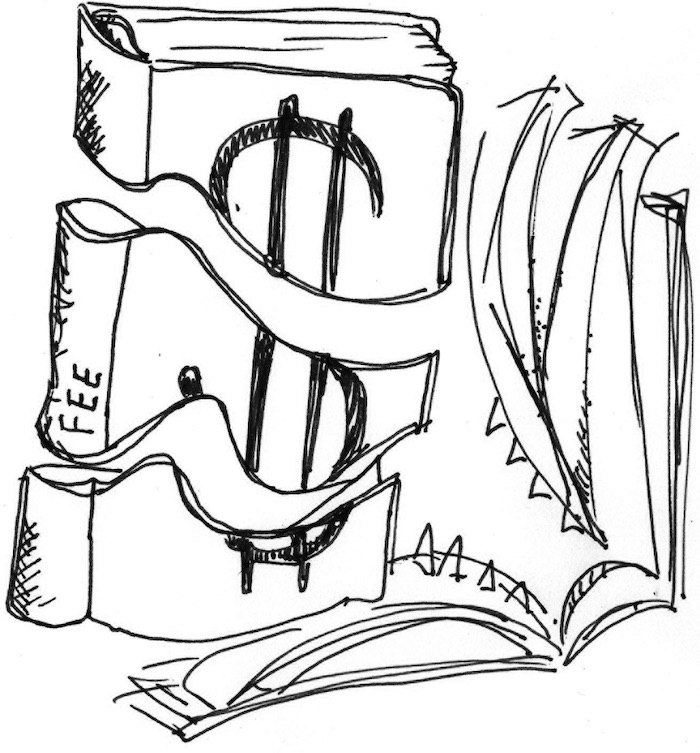 Between November 12 and 14, the Concordia Student Union (CSU) held a by-election with a number of referendum questions, including one about making opt-outs for fee-levy-based organizations available online, instead of solely in-person. The question presented to voters explained that “a fee levy organization is a student-led organization or initiative at Concordia University” which students pay into, and that receives all (or part) of its operating budget from fees.

“Students have a right to opt out in-person to get their money back,” the question read. “Other universities allow you to do this online. The new system would allow you to opt out of each organization individually. Before opting out, students will be informed about what the organization does.” While the explanation also claims that “the system will be created in consultation with all fee-levy organizations,” it is unclear how exactly the CSU plans to do this.

The final question posed to students – “Do you support Concordia University bringing the opt out process online for student fee levy organizations?” – passed with 61.1 per cent of voters in favour of it, and 38.9 per cent against.

With this result, all fee-levy-based groups at Concordia may see their funding diminished. The list of organizations affected consists of student-run newspapers the Link and theConcordian, as well as a number of groups – many of them equity-based and social-justice-oriented – including Quebec Public Interest Research Group (QPIRG) Concordia, the Center for Gender Advocacy, Cinema Politica, CJLO, Queer Concordia, Concordia University Television (CUTV), Concordia Food Coalition, Le Frigo Vert, and the People’s Potato, among others.

It is unclear at this time how much these groups’ funding will be affected. “More than half of our budget comes from student fee-levies,” Current Affairs Editor Erika Morris from the Link wrote in an email to the Daily, “but we don’t know how many students would choose to opt-out so it’s really up in the air.”

The Concordian is in a similar boat. “At the moment, we’re unsure about what to expect,” Matthew Coyte, Managing Editor at The Concordian, told the Daily.

“We could get lucky and the online opt-out rate turns out to be relatively low and doesn’t affect our financials too much. On the other hand, we could very well see a high opt-out rate that would put us in the same boat as student media organizations in Ontario who are dealing with the same issue.”

CUTV is also in a difficult position because of the referendum results. Jenny Cunningham, the Director of Communications at CUTV, told the Daily via email that the organization is “likely to lose a substantial amount of funding.” Per Cunningham, CUTV offers students access to production equipment, paid opportunities at Concordia, free workshops in production skills, and more.

“Many people rely on CUTV to further their projects and skills and it saddens us that this place they depend on could face changes,” she concluded. “However, we also understand the perspective that many students face financial pressures and having the option to opt out of these fees would be an attractive option.”

In addition to media outlets at Concordia, a number of equity-based organizations may be hit hard. Julie Michaud, Outreach Coordinator at the Centre for Gender Advocacy (CGA) told the Daily via email that the CGA is “very concerned about the additional loss of funding that this will entail.”

“Fee-levy groups not only provide many essential services that students rely on, including free lunches, affordable food, free and confidential peer support, support for LGBTQ+ students and much more, they also contribute to the overall culture at Concordia,” Michaud added.

But while Concordia may have taken a step in the same direction as Doug Ford’s vision of post-secondary opt-outable fees, Ontario student groups may get their funding back again. In a unanimous decision the Ontario Divisional Court struck down Ford’s Student Choice Initiative (SCI) and deemed it “unlawful,” instead ruling in favour of the Canadian Student’s Federation. Announced in January, the SCI allowed post-secondary students to opt-out of ancillary fees devoted to funding student groups, unions and university papers.

With opt-out rates for student papers varying from 90 per cent (The Lambda at Laurentian University) to 25 per cent (The Varsity at the University of Toronto), many university journalistic projects have been stalled or abandoned, “limiting ambition [of] young student creators.” In the case of U of T, full coverage of both campuses is no longer possible. Several papers, including The Eyeopener (Ryerson University) and The Varsity reported having to cut staff or delay hiring new employees, and losing the ability to provide honorariums to contributors.

“It has been harder,” Liane McLarty, general manager of The Eyeopener said. “We don’t have the same resources anymore, which fundamentally impacts things like how many stories we can cover at once, how much money we can invest into a story, how many resources we can offer to our editors who work hours on end for these jobs, how many volunteers we can compensate for their effort and energy into writing for us, and so many other things.”

While Josie Kao, editor-in-chief of The Varsity, described the effects of the SCI as a “huge loss” to the paper, she also spoke to campus support for student journalism. “25 per cent of our students opted out. While any opt-out is bad, this definitely isn’t the worst case scenario I could imagine. Since the opt-out, it’s been gratifying to see the support coming from the community – how people would advocate on behalf of The Varsity and journalism on campus.”

Although the Ontario Divisional Court’s decision is a victory for student groups and papers, it is unclear what the process of opt-outs will be going forward. The Varsity informed the Daily that U of T’s administration has acknowledged the ruling, but hasn’t outlined any future steps. “The SCI is officially dead now, but we really haven’t seen any proof of that,” Kao said. “The opt-out option is still currently live on our portal, students can still opt-out right now. […] I have no idea if this means this coming semester we’ll still have an opt-out, or if this will only be in effect next year.”

The Ford administration has not commented on the ruling, and it is unclear if they will appeal the Divisional Court’s decision.

This article was originally published in print on November 24, 2019 as part of the Labour, Body and Care joint issue.