To honour the life of Hayden Muller, a non-binary person who died of complications from breast cancer, a group of trans activists and allies gathered at the Colleges des medecins in protest on Tuesday, October 1. Muller was a labour organizer, patient advocate, and community activist, so it was their wish that their memorial be organized as a protest.

Like many trans people, Muller faced significant discrimination from the healthcare system. According to the Facebook event page for the protest, throughout their treatment, they were consistently dead-named* and misgendered by medical professionals. Furthermore, their treatment decisions were not respected by doctors who had cisnormative ideas of what their body should look like following surgery.

As stated by gender-defiant Montreal activist Dexter Xurukulasuriya (also known as Dexter X): when trans, non-binary, and intersex people go into the healthcare system, they are told that “society’s categories are right and are more important than [their] well-being.” Organizers emphasized that these experiences are especially prevalent for BIPOC. According to a study published in August 2019, 38 per cent of trans people of colour felt they received inferior healthcare compared to other patients. 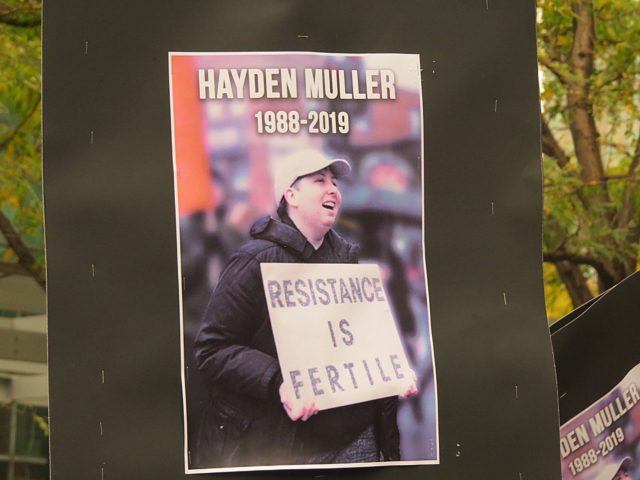 As reported by speakers at the demonstration, experiences like Muller’s are not uncommon. “The issue we’re talking about today is not about a few bad apples,” said Julie Michaud, the outreach coordinator for the Centre for Gender Advocacy. “I want to make it clear that it’s the entire system that is [run] with transphobia and cissexism.” In a 2012 Ontario study, 52 per cent of trans individuals reported negative experiences when visiting the emergency room.

The protest was an effort to hold the healthcare system accountable for its transphobic practices and demand change in the treatment of queer and trans patients. “We’re here to demand some kind of accountability and we’re looking for change in the Quebec medical system because they’re not serving trans and non-binary people who are sick and who are dying,” said Dexter X.

Throughout the demonstration, activists and loved ones of Muller chanted phrases such as “trans rights are human rights” and “trans care is healthcare,” protesting the current conditions of healthcare for trans people and expressing their refusal to accept the status quo. 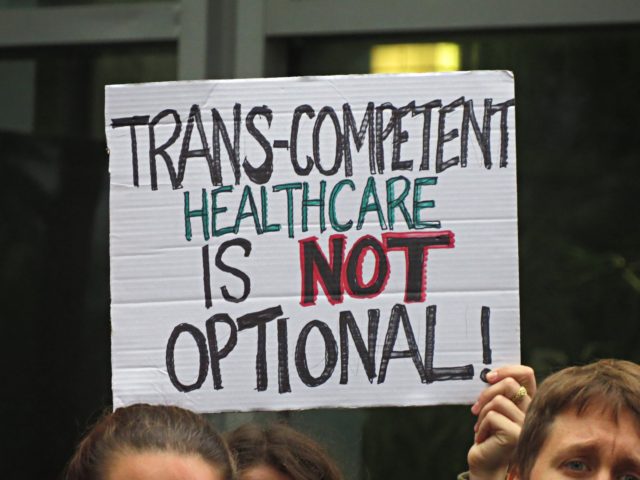 To get involved in the fight for better healthcare for the trans community, individuals can volunteer with the Queer Autonomous Patients Front, a volunteer group that accompanies trans people to medical appointments and assists in the emotional work of tackling a trans-exclusionary medical care system.

Trans and non-binary people who are seeking assistance navigating the Montreal healthcare system can visit the Union for Gender Empowerment at 680 Sherbrooke, room 110, or contact them via their Facebook page. The Centre for Gender Advocacy also offers a number of trans health advocacy programs and workshops to the greater Montreal community, including a map of clinics that have denied care to queer and trans individuals. Head and Hands also provides trans-inclusive legal, medical, and social services to youth ages 12 – 25, with or without medical insurance.

*Dead-naming is when a trans person is referred to by their birth name or another given name that they no longer use, typically associated with their former gender presentation. Dead-naming is an act of transphobia and is extremely harmful to trans people.