A Protest in Solidarity 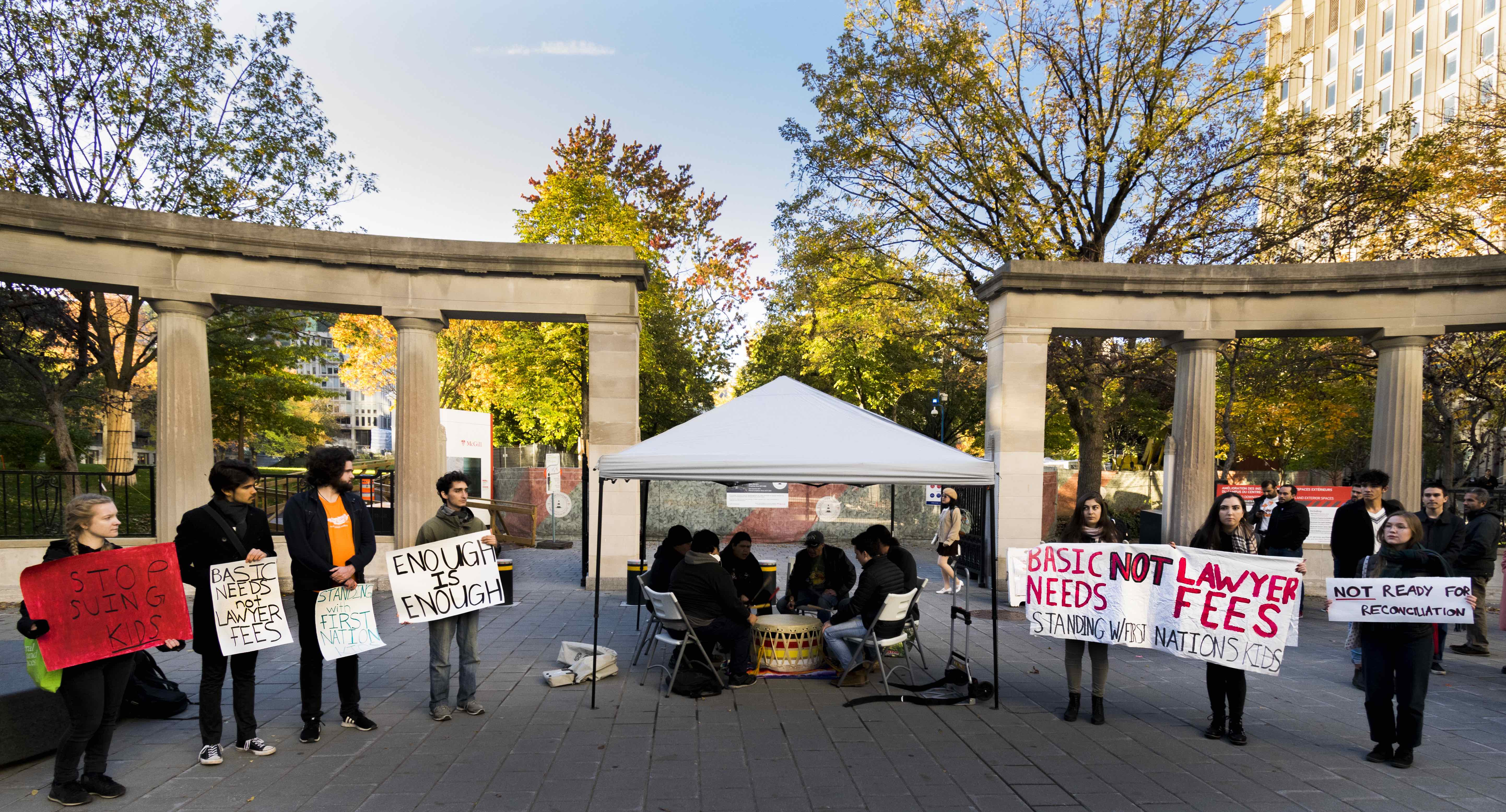 On Saturday, October 19, Indigenous peoples and allies gathered in front of the Roddick Gates, protesting the Liberal government’s decision to appeal the ruling of the Canadian Human Rights Tribunal. The ruling in question would award $40,000 to each child forcibly removed from their home and put in federal care. In addition, some parents and grandparents would be eligible for compensation. The list of speakers included Tomas Jirousek, Jo Roy, Nakuset, Noah Favel, and Amy Edward. 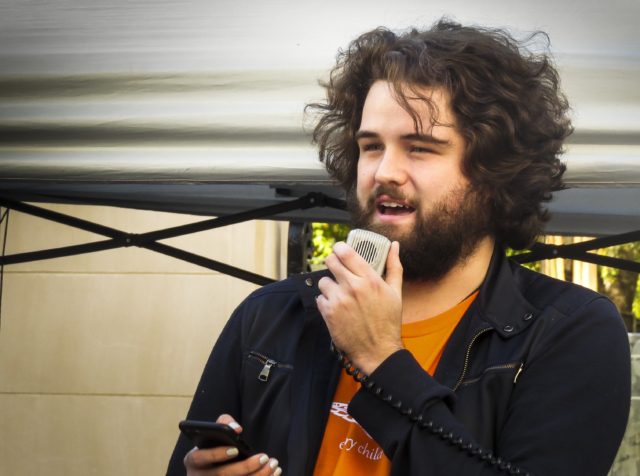 Jo Roy, who is Abenaki and a McGill student in the School of Social Work, spoke on the impacts of residential schools and the Sixties Scoop. Roy told the protestors,“the harmful decisions of federal and provincial governments do not just impact faraway communities, but those around us here and now. It is a pain that is woven into the very fabric of our society and has cost the lives of too many First Nations, Métis, and Inuit children.

“So please, don’t think that the pain of Indigenous peoples is far removed from your lives here in the city – because it is not. It is experienced by those around you, and many that you see here.

“This is why we are standing here together, because the pain must end. The damage being done must stop, and we are here because we know it is not right to challenge the collective right for First Nations children to have a future free of pain.” 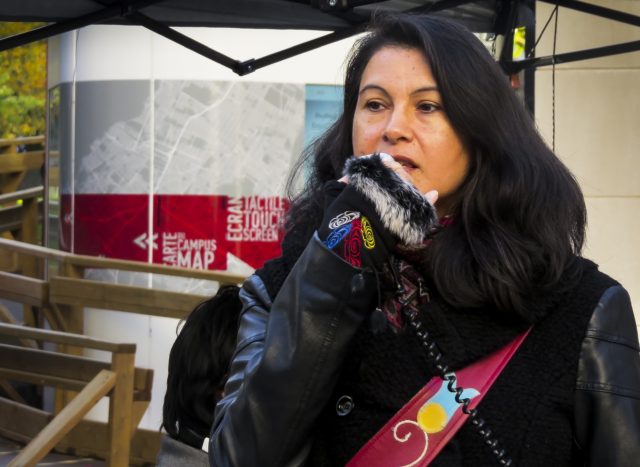 Nakuset, who is a member of the Cree Nation on Treaty 6 territory and the Executive Director of the Native Women’s Shelter of Montreal, discussed the power of the youth to affect change.

“The youth understand that the government doesn’t care about us. The fact that all these recommendations have been put forward and no one is doing anything about it speaks volumes. So, what are you going to do about it?

“You have more power than you think. So, I challenge you to try to make a difference, to read the recommendations and to see which ones you think you could actually apply. […] If there’s something around here that you think you could do, then do it – because it can be done.” 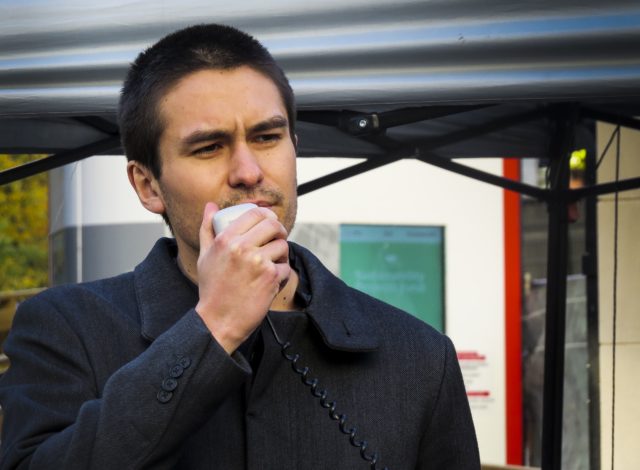 Noah Favel, a member of the Cree Nation on Treaty 6 territory, spoke on the decision of the Liberal government to appeal the Tribunal’s ruling.

“What bothered me most about this decision was how it perpetuates a system of poverty for people who are already so impoverished,” Favel stated.

“To place this battle, to place this severe trauma onto Indigenous children who are already grappling with so many other issues than finances – we’re people who are struggling to maintain our language, our heritage, our customs. […] It really hurts me.” 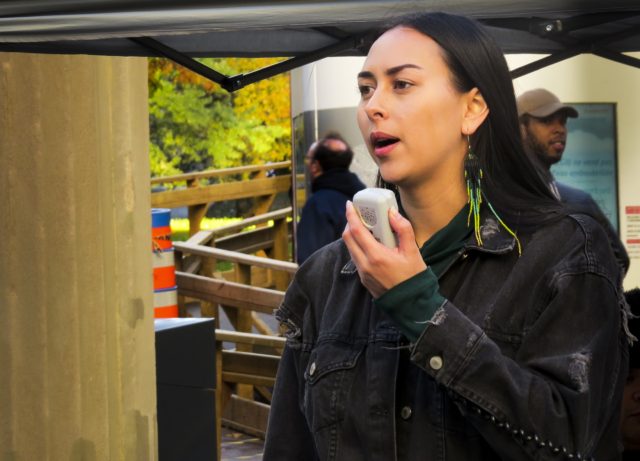 Amy Edwards, who is Kanien’kehá:ka and a member of the Six Nations of the Grand River, spoke to forms of intergenerational trauma that are not talked about often.

“The systemic racism from our settler-colonial state has really broken down how we communicate with each other, how we talk about certain issues, and I really just want to bring that to light – that when we’re thinking about the actions of the Canadian government as they continue to perpetuate colonization through their legislations, through their denial of accountability for what they continue to do to Indigenous communities across Turtle Island, it is important to know how these systems not only permeate in these overt forms of discussions but also really influence the communications and discussions of individual families.” 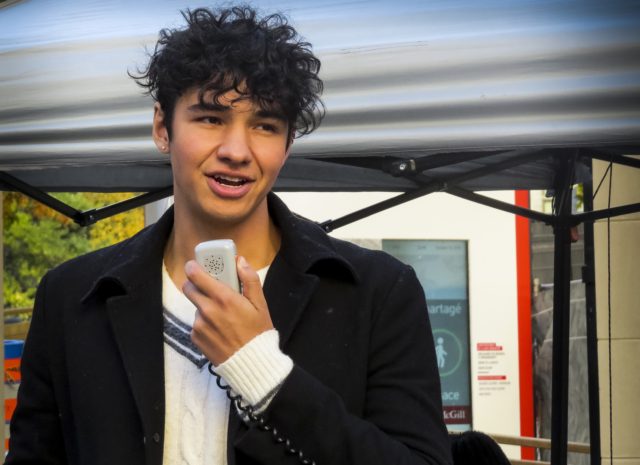 Tomas Jirousek, a member of the Kainai First Nation of the Blackfoot Confederacy and the SSMU Indigenous Affairs Commissioner, discussed the role that non-Indigenous allies must play in the movement.

Specifically, he noted “the way this problem’s been created and the power that we each have as individual people, whether it’s ballot box, whether it’s volunteering at organizations, whether it’s looking at ways you can uplift Indigenous peoples in your own lives and act as an ally. Be ready to heed that call. Listen to Indigenous students on campus for when we make calls for this type of allyship and activism.”

Photos from the protest: 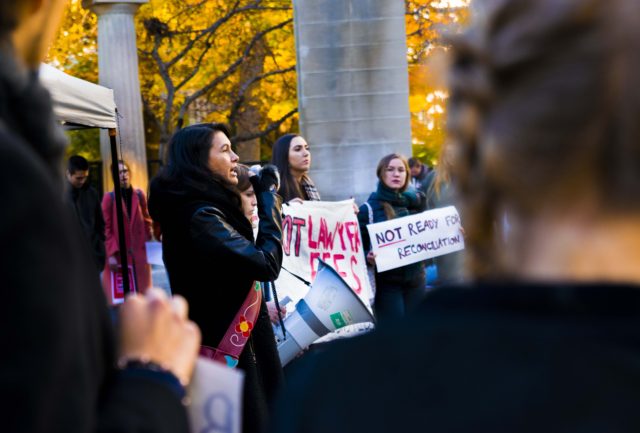 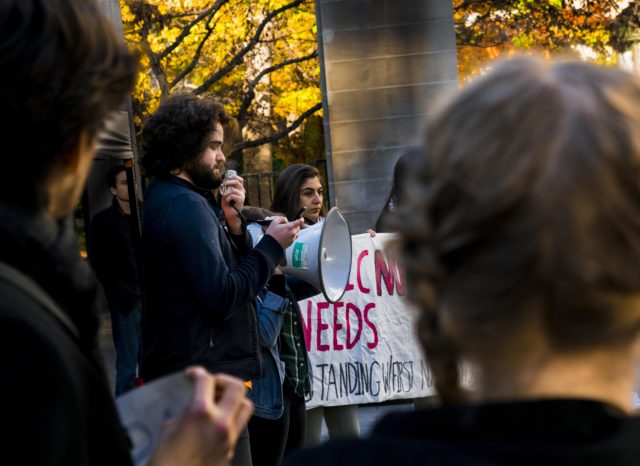 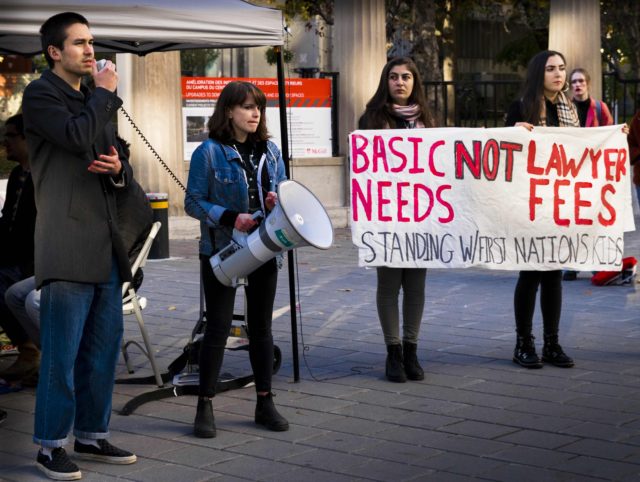 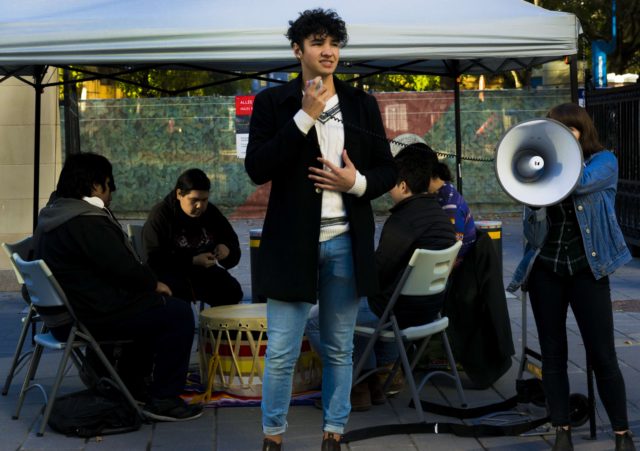