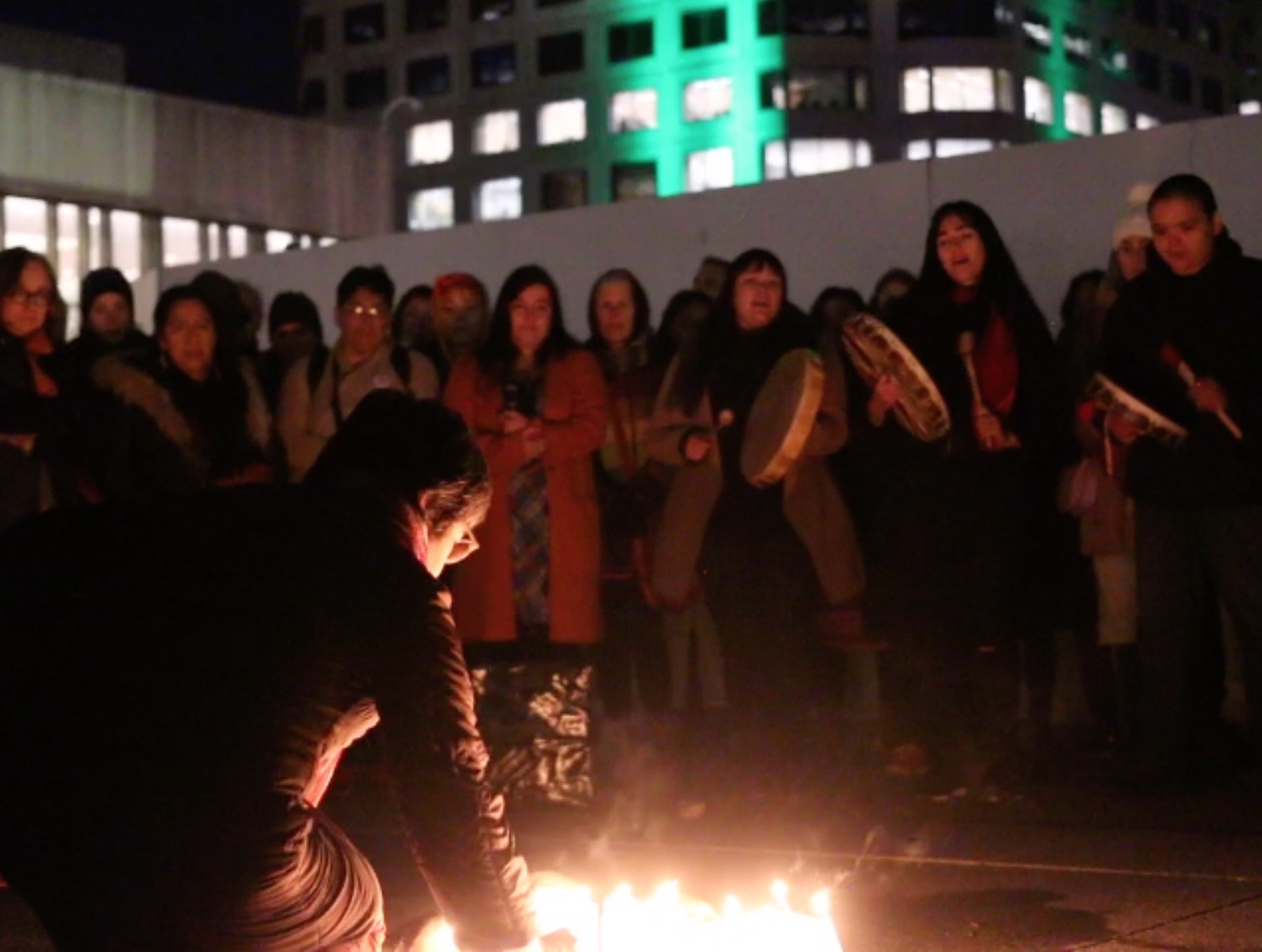 On Friday, October 4, Missing Justice, a campaign from the Centre for Gender Advocacy, as well as Iskweu from the Native Women’s Shelter of Montreal, co-hosted the 14th Annual Memorial Vigil for Missing and Murdered Indigenous Women, Girls, Trans, and Two-Spirit People in Tiohtiá:ke. Featuring songs and performances from Indigenous artists and words from activists and elders, organizers encouraged attendees to regularly check the Facebook page for Missing Justice: Justice for Missing and Murdered Indigenous Women to help with this work. 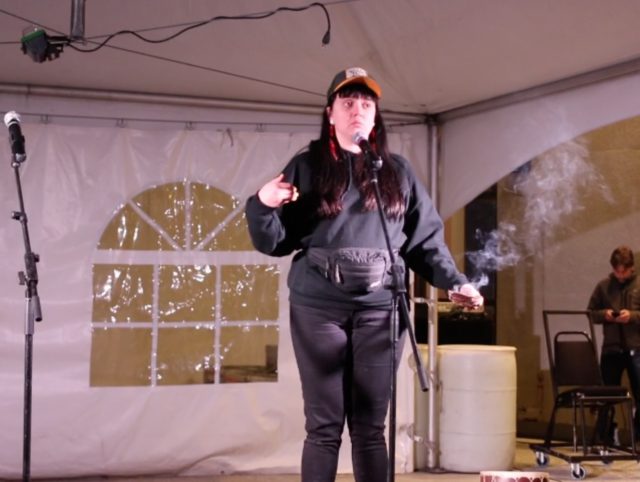 “Once you hear these things, those that are non-native,” Dayna Danger, Programming and Campaigns Coordinator at the Centre for Gender Advocacy told those at the vigil, “it’s now your job that you know, to listen more and to do something about it.”

“To those affected who show up, to those who are targeted, to all of those people – I’m thinking about you, and I think all of us should as well, and be so grateful and thankful that we can hear these thoughts. We can see these thoughts, we can speak these words – because a lot of our Indigenous people are no longer here, and we don’t have answers for when they’re not here.” 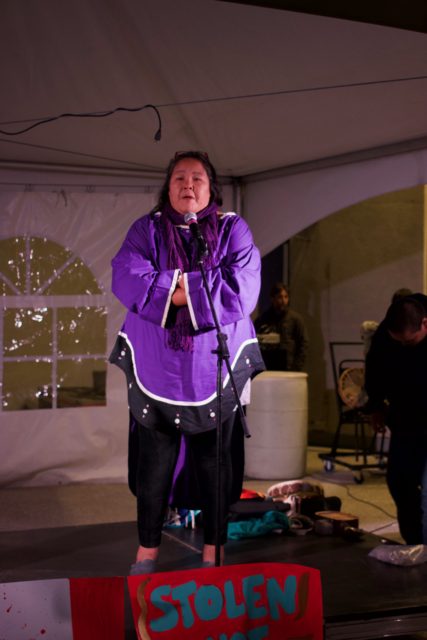 After a throat singing performance from Inuit artist Mama Bear, she addressed the audience:

“And for those who are passed on who are no longer with us – let them know that they are not forgotten, and that you all carry them with you.”

Errata: In our October 7 news article in print, “Honouring Missing and Murdered Indigenous Women, Girls, Trans, and Two-Spirit People,” the name of the Centre for Gender Advocacy’s Programming and Campaigns Coordinator was misspelled. Her name is Dayna Danger. The Daily sincerely regrets and apologizes for the error.