No Surplus for Public Sector Workers under the CAQ 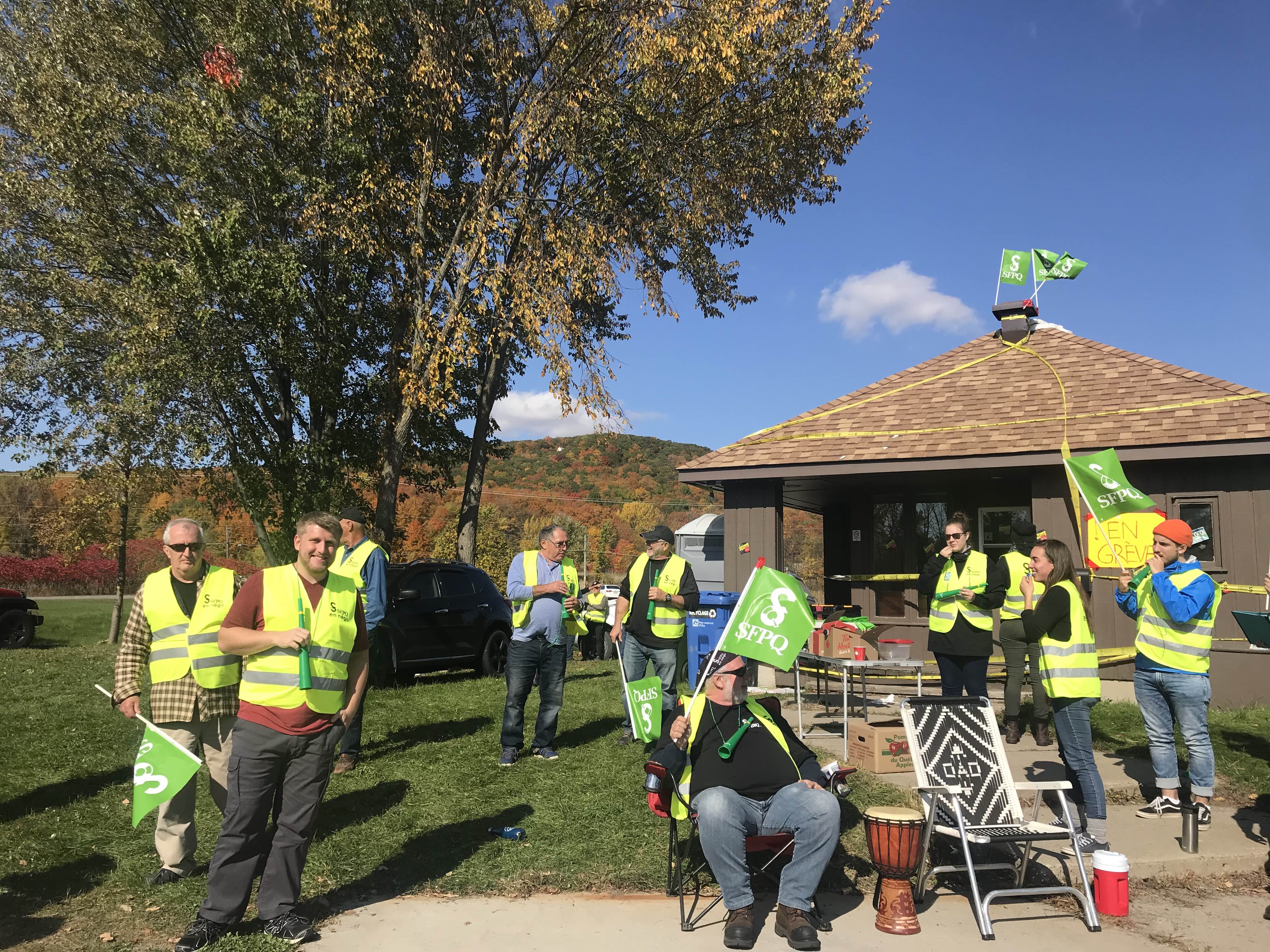 An estimated 1,200 employees from Quebec’s 23 provincial parks went on strike over Thanksgiving weekend. While all parks remained open for visitors, much of the their services and facility maintenance were affected. This walkout follows a series of strikes conducted by the workers’ union of Société des Établissements de Plein Air du Québec (SEPAQ) that began in June of 2019.

SEPAQ is an agency under the government of Quebec that is tasked with overseeing Quebec’s provincial parks and nature reserves. SEPAQ employs some 3,400 workers, the majority of which are seasonal employees.

In June, the workers’ union announced an unlimited strike coinciding with Quebec’s construction holiday following five months of fruitless negotiations with the government. Reaching an “agreement-in-principle,” a negotiator acting on behalf of SEPAQ intervened, and the strike was called off before it began. This agreement fell through with employees rejecting 60 per cent of the proposed resolutions. Though negotiations continued, a stalemate ensued and a series of strikes began. The strikes over Thanksgiving were the latest effort by the union to push negotiations onwards.

The Daily spoke to Jonathan Dupont, a maintenance repair worker at Oka National Park during the October 12-14 strikes. While Dupont is a full time employee, he described himself as “one of the lucky ones;” most employees there are seasonal workers, making $13-14 per hour. Despite wages rising with minimum wage, the union says there has been no real increase in salary relative to inflation. Central to the union’s demands is an annual salary increase, relative to rises in the cost of living.

Premier François Legault has made his position on salary increases for public sector workers clear in a September news conference. Despite a $4.4 billion surplus last year, Legault forewarned unions that the surplus is not theirs to have – indicating the state of negotiations between SEPAQ and the union.

In the end, Dupont says that employees continue working here because they like it, not because they get high wages. This sentiment was echoed as protestors welcomed visitors to the park, wishing them well on their holiday weekend hikes.