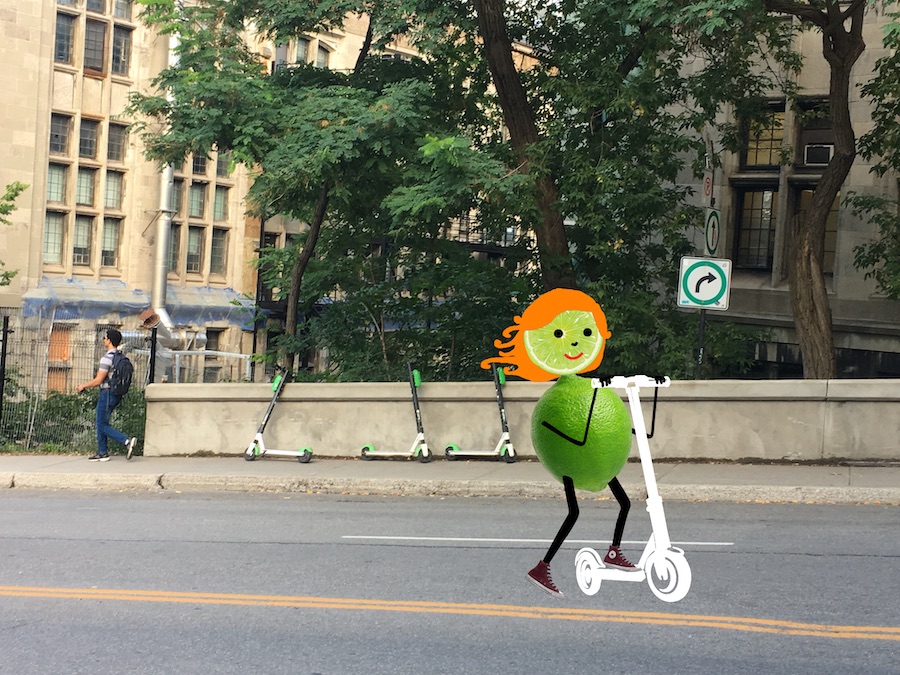 Micromobility – referring to the use of “light” vehicles such as small electric cars, electric bicycles, and all forms of scooters as been increasing in popularity in recent years, as an “environmentally-friendly” alternative form of transportation. Recent years have brought shifts in citizens’ preferences for alternative modes of transportation, according to the National Association of City Transportation Officials.

So it didn’t come as a surprise, when less than a month after dockless electric scooters made their debut in Calgary, Montreal – Canada’s second-largest city – officially launched a micromobility fleet of its own in mid-August. Due to their fast-growing popularity, this new movement has given rise to issues such as road safety, as well as public space-sharing and design.

But while Lime is reportedly “excited to get to work in Montreal,” many public officials and elected members of the City Council of Montreal are claiming the arrival and deployment of Lime in the city to be a disaster.

In late August, Montreal Mayor Valerie Plante told CBC that they are “not satisfied on how it is being implemented.”

One of the main issues comes from scooters blocking the sidewalk when parked. Even though Montreal has reserved 239 spaces for scooter parking in the city, Alan Caldwell – city executive committee member responsible for mobility – told the Montreal Gazette that scooter parking is a recurring problem. “When they’re properly parked, it is okay,” Caldewell told the Gazette, “but there are too many scooters improperly parked in the streets of Montreal.”

According to INRIX – a transportation-focused research organization – on trips that are replaced by shared-bikes and scooters, cities are experiencing less traffic congestion, reduced emissions, and a local economic boost.

But even though the scooters themselves don’t emit carbon dioxide, the process of producing, charging, and transporting them is not emission-free. Researchers at North Carolina State University found that most of the harm comes from manufacturing the device and from transporting them around cities, which is typically done by car.

In addition to creating carbon emissions through the transportation process, Lime also poses several issues with their employment. According to Alex Youn, a representative for Lime’s Communications and Public Affairs, “juicers” the people who charge scooters, are paid “between $3-10+ per scooter, depending on the market” and are not paid hourly. When this pay is stacked against the prices of gas, as juicers must supply their own vehicles, the compensation is minimal.

The requirement of having a vehicle to work as a juicer also creates an issue with accessibility. One McGill student who entered the job application process with Lime told the Daily, “it’s almost impossible for people who don’t have cars […] [or] a Canadian liscence [sic] to get the job.”

“At the beginning I thought it was a cool side job students could take for some extra money, but most students don’t have a car they could use any time, and even if they did own one, the time commitment compared to the payment, in addition to having to use your own gas aren’t worth it,” they added.

The student continued, ìI think it excludes a large portion of people who could actually benefit from […] a job like this one.”

Regulating the parking, speed, and permitted areas of operation for scooters is critical. Currently, Lime scooters have a speed limit of 20 km per hour, and they slow down in certain zones automatically. But rapid changes in the volume and modes of transportation on the road have made it difficult for cities, such as Montreal, to keep up.

But many Montreal residents are concerned with riders who often don’t wear a helmet. In a Global News article, one resident says they “haven’t seen one person wear a helmet yet, so many of them are riding on the sidewalk.” According to the same article, the city is currently in talks with Lime to address this.