I Am Reuniting With My Body

The Relationship Between Eating Disorders and Gender Dysphoria 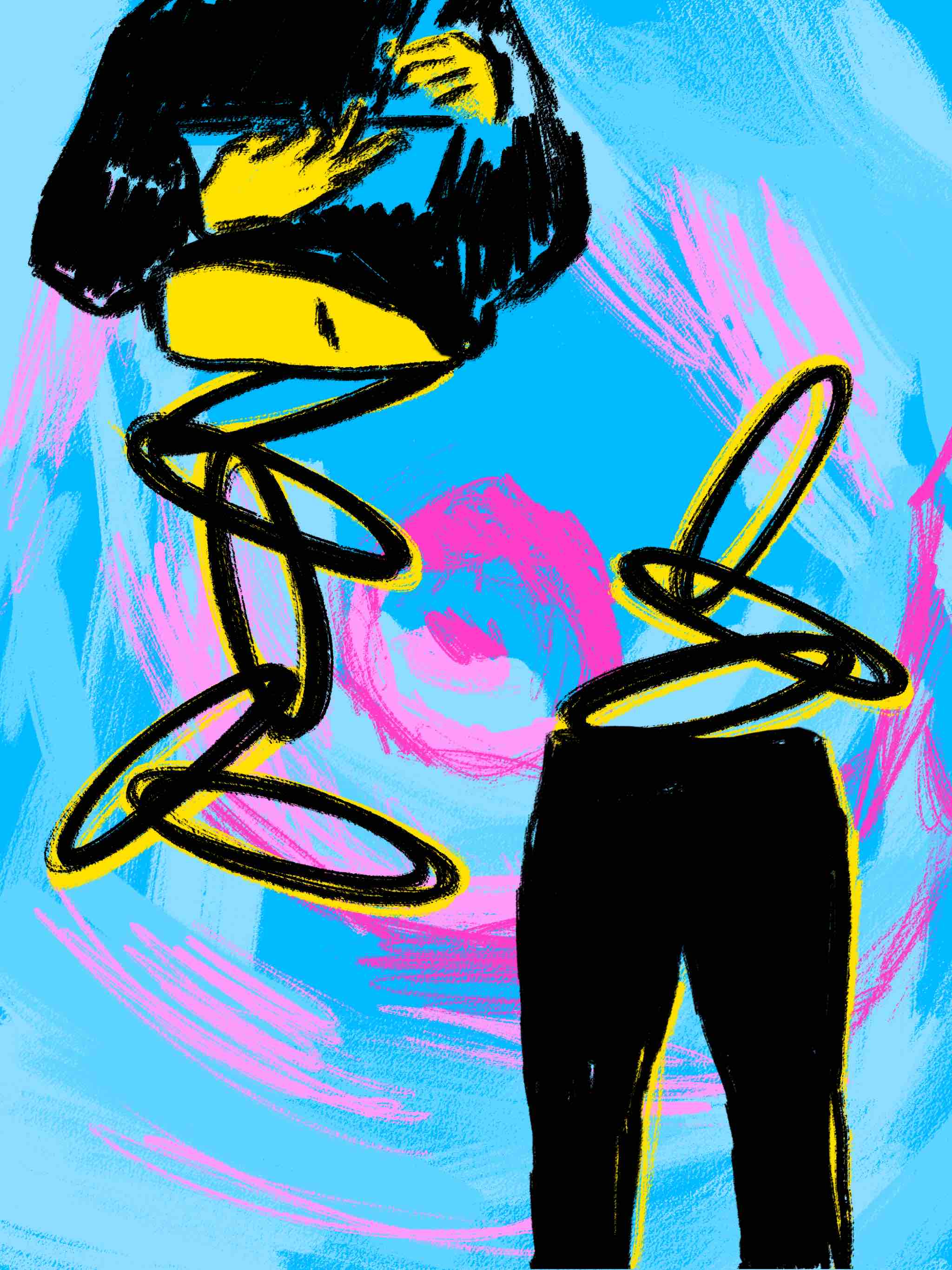 “I am uncomfortable with
my body.”

All throughout my teenage years and into my twenties, I have communicated this thought in some form to friends, family, and therapists – whether it be verbatim, in statements masked as humour, or simply through my behaviour. I don’t like my body. Many of my friends, particularly those who identify as women, have shared the same sentiment as mine, and many still do today. Self-consciousness about our bodies and our weight, as well as anxieties surrounding “fatness,” are normalized in our day-to-day behaviour. This should come as no surprise to readers. Discussions around self-image, the impact of the media on self-esteem, and wider social conventions on what is deemed “attractive” and “feminine” have long circulated on social media, in schools, and in casual conversation. The gendered aspect of body image has also been widely discussed and researched; one 2012 study found that 90 per cent of people who develop eating disorders are cis women. Again, and unfortunately so, I am sure this comes as no surprise. However, this study, and many others on eating disorders, only include cis men and women and are confined to a binary definition of gender. Such discussions rarely give space to trans and nonbinary people, and their experiences with eating disorders, as well as to how eating disorders can interact with gender dysphoria. These discussions also consistently fail to give space to trans and nonbinary
people of colour.

I experienced body dysmorphia and gender dysphoria concurrently. When I started going through puberty, at around ten years old, I became hyperaware of the way that my shirts fit against my chest, how my jeans got tighter around my hips, but not  my legs. At the time, I thought that this had to be normal; it was an awkward phase for everyone. People started getting their periods. Men, strange men, started paying unwanted attention to me and my friends on the street. Who didn’t feel uncomfortable in a bra?

I began to realize that something quite undesired and extremely unsettling was happening to my body. I spent longer periods of time staring at myself in the mirror every morning and every night. Observing this, my mother commented with amusement, “ah, I see you’re going through some changes.” Some changes were right. I began to eat less in a desperate hope to slow the swelling and pinching, the thickening and unfolding of my body. I learned how to “diet” from all the young girls and women around me who were doing the same. I skipped meals and rationed my food intake strategically so that my family and friends would see me eat when I was expected to. I feared both the quantitative and qualitative values of my weight; my anxieties encompassed not only the numerical value of my weight but also how it was reflected in certain parts of my body. I was always thinking, “I am above average, I am not normal, I am uncomfortable in this dress, I don’t like how this shirt fits, I don’t like how any shirt fits, I don’t know what to do with
my hair.” 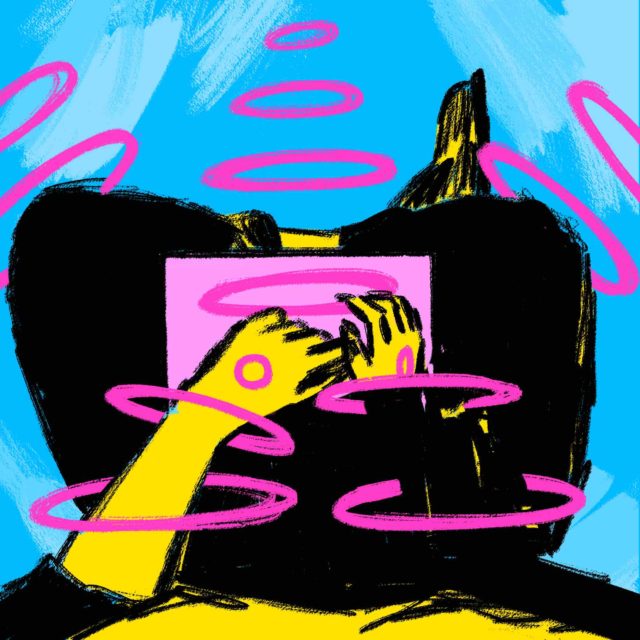 “I feel disunited from my body.”

I tried to read up on how negative body image among women is reinforced and encouraged by oppressive gender norms. I tried to internalize body positivity and unlearn the misogynistic conception of what “femininity” was supposed to look like, as well as the fatphobia that every media outlet propagated. Every time I convinced myself to feed my body, I would surrender to my immense hunger and eat anything and everything I had an appetite for, which was often unhealthy and greasy foods. Afterwards, I would immediately feel guilty, and the cycle repeated again. My mind and body were two separate entities whose affinities for one another were sporadic and unrequited.

My hunger was rewarded with a strengthened sense of identity, but at a loss of physical energy and mental well-being.

When I first heard the term “gender dysphoria,” I was in my first year of university, and I didn’t relate it to my own thought processes or patterns of behaviour. My gender and sexuality had always been nebulous. The two were indeterminate abstractions that I struggled to comprehend, and refused to grapple with, in the presence of my conservative family members. When I was abruptly thrown into independence as a college student away from home, I was given the space to confront my body and self without any reservations. However, that also meant that I was given the space to determine whenever and whatever I ate; I had complete control over the meals I had every day and how much food to put in my body. I justified my eating habits with the stress of school, and late nights spent hungrily working away in the library, as well as the ludicrous prices of food on campus. Whenever I went out to eat with friends, I planned my future meals in advance and skipped meals the next day to “compensate” for what I ate. I suppressed my hunger and my physical exhaustion, largely due to poor nutrition, with multiple cups of coffee. I purposely stayed on campus late into the night so I could collapse into bed as soon as I got home, without any time to open the fridge and acknowledge my hunger. My adherence to these habits was further reinforced by the normalized culture of dieting, which encourages unhealthy practices such as drinking coffee to suppress hunger and purposely starving oneself.

When I noticed myself losing weight, I was pleased – not only because I was skinnier, but also because my curves were diminished. The more I nourished my body physically, and the more I gained weight, the more incongruent my body felt with my self. My hunger was rewarded with a strengthened sense of identity, but at a loss of physical energy and mental well-being. I opted for loose clothing that could hang off my body and enshroud the parts attributed to “femininity.” I avoided cameras because their images broke whatever shred of confidence and security I had slowly and painstakingly built for myself in my body. I felt like a curtained theatre stage before a show that I never wanted to begin.

A desire to achieve certain standards of beauty can also be tied to a desire to “pass” as cis in order to avoid discrimination and violence.

“I am sustained by my body.”

When I finally reached out to someone for help I learned, through the course of years, and through verbalizing my emotions, medication, and introspection, that what I was experiencing was gender dysphoria tied closely to an eating disorder. This eating disorder fully developed when I got to university. Studies have found that eating disorders often develop, or redevelop,w in college, typically emerging between the ages of 18 and 21. This has attributed to a high-stress environment, struggles with mental health, newfound independence, and the responsibility of having to cook for oneself. What this, and many other studies, do not address are dimensions of gender, race, and class. There is a high correlation between gender dysphoria and eating disorders, though neither of these is experienced by all trans or nonbinary people. Another study found that trans students were almost five times more likely than cis students to have an eating disorder. In addition, the high cost of food and the inaccessibility of mental health services on campus, as well as the cost of seeing a therapist outside of university are factors that cannot be ignored. I found that the resources available to me were extremely limited; McGill no longer had an eating disorder program as of 2017, and the wait times for Counseling and Psychiatric Services were far too long for me to get help in time. As we should avoid pathologizing depression, eating disorders, and gender identity (as the previously mentioned studies do), we must instead advocate for better support services and health care for racialized, queer, and trans people. Conversations on eating disorders have always centred the experiences of white cis women, who are assumed to be the population most at risk for eating disorders. Meanwhile, researchers and advocates for better provision of health care often fail to consider the experiences of racialized trans individuals. 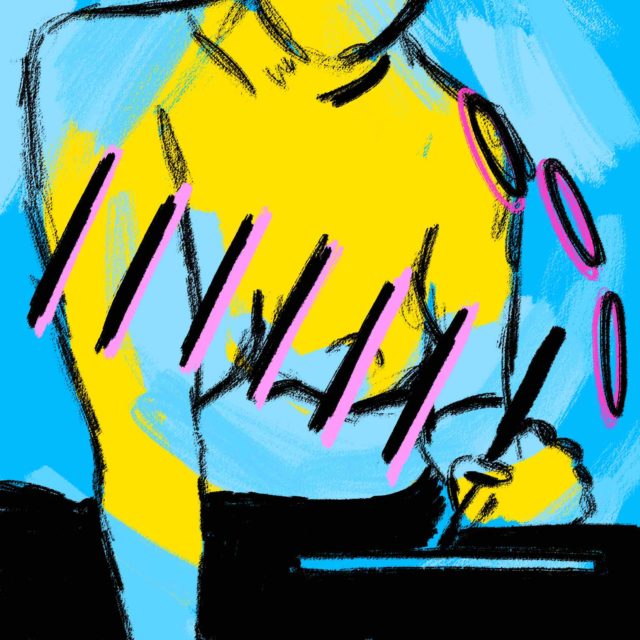 Racialized and trans people experience higher rates of discrimination, violence, abuse, higher rates of poverty and housing precarity, as well as higher rates of problems with physical and mental health. The stigmatization of queer and trans identity, as well as of eating disorders, can limit access to adequate health care. Finding a queer- and trans-friendly doctor, as well as opening up to someone about an eating disorder, can be challenging. Moreover, a desire to achieve certain standards of beauty can also be tied to a desire to “pass” as cis in order to avoid discrimination and violence. Eating disorders can consequently become a mechanism for coping with dysphoria, as well as oppression and trauma. In addition, the idealized image of the skinny, white, androgynous queer is one that permeates Western media, as well as queer culture itself. Despite the well-intentioned efforts of artists and creators to increase queer representation, these efforts often contribute to the perpetuation of this archetype. Which queer celebrities do we look up to? Who do we idolize? The popularized expectations of trans and queer people’s appearances are conceptions we must challenge and deconstruct. These conventions are firmly rooted in Eurocentric standards of beauty that uphold and idealize white cis bodies and cater to a white, cis audience. Trans people, particularly racialized trans people, who don’t conform to these standards are thus further pushed to the margins.

For the time being, I don’t believe that I will ever emerge wholly at peace with my body, bursting with uncompromising and unapologetic confidence. Nor can I speak for or over other people experiencing an eating disorder or gender dysphoria. My personal experience was shaped by my own privilege, and the way that privilege allowed me to navigate the conflicts with my body in relation to the world around me. What I do know is that my mind and body do not grow independently of one another. The more I sought to extricate physical traits such as breasts and wider hips from the normative conception of “femininity,” as opposed to “masculinity,” the looser I stirred within and without the bounds of my body. It has taken years, and will continue to take years, to reconstruct my relationship with food and my body. It will also take time to disentangle the Western ideals of transness and queerness from my every thought and behaviour. My consciousness, my strengths, my talents, and my future are dependent on my corporeal existence. I am reuniting with my body. 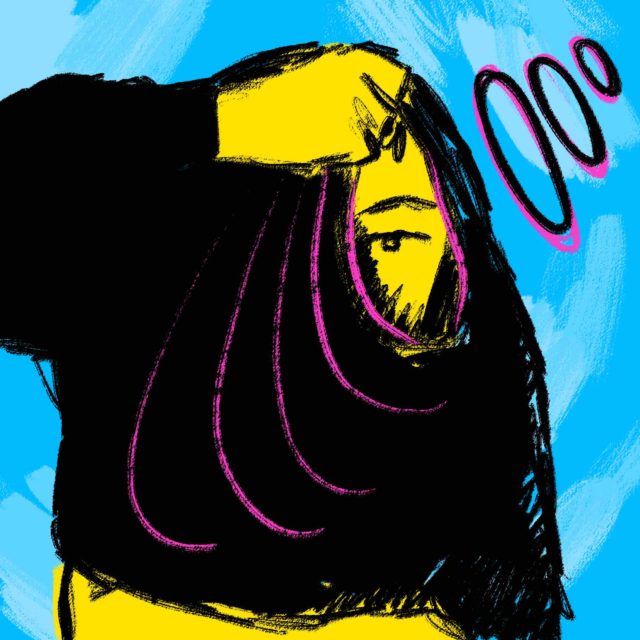