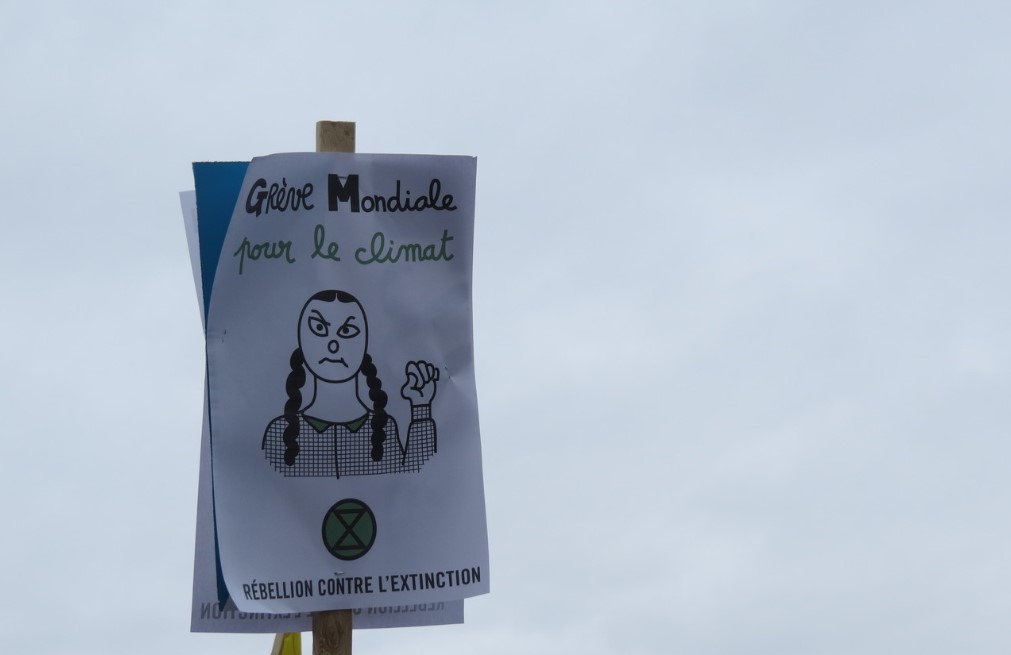 On March 15, 150,000 people took to the streets of Montreal to demand climate justice. The demonstration was organized by high school, CEGEP, and university students in conjunction with over a million students around the world. Montreal’s demonstration ranks among one of the largest worldwide. Students and demonstrators met at the Sir Georges-Étienne Cartier Monument at noon, marched through downtown, and rallied at Place des Arts. As protestors marched, they chanted slogans, such as “system change, not climate change,” and “sausau- sau- sauver la planète [save the planet].”

Anne Sophie, a Montreal resident, was asked why she attended the demonstration. She pointed to her son and said, “I’m here because of him, because of my daughter, and because power belongs to the people. When the politicians don’t listen, we need to make them listen.” Université de Montréal student, Gabriel Hamelin Roussel, emphasized the importance of the government’s role in combating climate change, telling the Daily that climate justice “definitely has a political dimension that has to be addressed.” Many others, including speakers at McGill’s rally, organized by members of Divest McGill and La planète s’invite à l’Université  McGill (LPSU), argued that climate change is tied to the current global economic and political system. As a result, combating climate change means drastically changing the status quo.

UdeM student Camille Abbas said, “I think it’s a really important cause. […] I hope that people will do this daily. If we do, I believe that we can change things.” Many others echoed the sentiment that while the march was important, sustained pressure was a necessary next step. McGill student Nivedita Shukla also spoke to the importance of the rally, saying,“it’s disappointing to know that there are still people out there who don’t believe in climate change, who think of it as a hoax, whilst everything around them actively suffers. This kind of action can be the only way to spark consciousness and make it a universal priority to save what we have left to save.”