The Power of the People

Critiquing Capitalist Democracy in Astra Taylor’s “What is Democracy?” 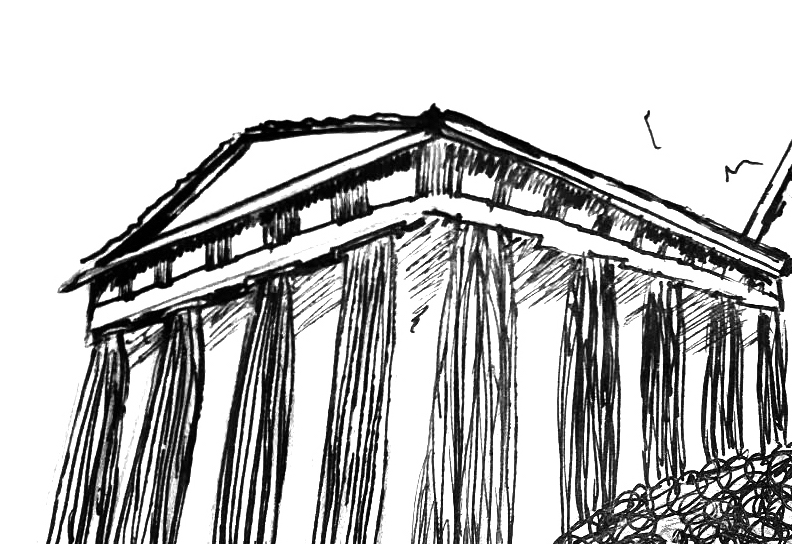 What is Democracy?  was screened at Cinema Politica Concordia on January 23. The screening was followed by a Q&A with director Astra Taylor and Marxist feminist scholar Silvia Federici, who features prominently in the film.

In the documentary, a Miami high school student condemns the hypocrisy of supposedly meritocratic American democracy: “what [our teachers are] saying to us, all the time, is go to college, so you can do what you love. But they don’t even love what they do.” The audience broke out in applause. It took a moment to realize that the applause wasn’t just coming from the audience; the other students on screen were applauding her as well. It was a powerful moment of communion, a reminder of the importance of public screenings, and a hint at the shared values between the kids in Miami and the audience of students, activists, and intellectuals in Montreal. Democracy, Taylor suggests, is one of those shared values.

What is Democracy? is composed of people responding to the titular question. Many of these people are academics, notably including Cornel West and Wendy Brown. Others are refugees, activists, barbers, seamstresses, and politicians. The scholars mostly interpret history and philosophy; West presents Plato, while Federici analyzes an enormous 14th century mural in Siena called The Allegory of Good Government. The others  appearing in the film offer their opinions. It is these people — or demos (people in Greek), as Taylor referred to them — that provide the film’s most striking material.

When asked how she chose which voices to include, Taylor responded that she felt a duty to try to represent the demos in its entirety, including its less admirable parts. Thus, there is a diversity of people and opinions in the film, including racist and xenophobic ones. In general, however, the people present powerful critiques of democracy as it is experienced today in capitalist nation-states. These critiques reflect the contradiction between the supposed goal of modern democracy, and the social inequality and white supremacy that characterize the United States, the self-appointed flag bearer of democracy.

The reality of fundamentally flawed democracies like the United States compels us to ask: is democracy worth valuing at all? Many have very good reasons to reject it. At a rally after the 2016 US election, Reverend William Barber II spoke of “an entire web of money and influence and white hegemony that has been working to tie up American democracy from the very inception of [the] country.” After being asked what democracy is, poet and activist Aja Monet responded, “we know what [democracy] is — we know what they claim for it to be. Democracy [has been at the expense of Black people.] […] There’s never been a democracy to me. So if that’s the case, fuck it — why are we having this conversation?”

Taylor attempts to answer this question by returning to the supposed roots of Western democracy in the ruins of Athens. There, Taylor goes to the root of the word: demos kratia, the power of the people. Her intent is to disassociate democracy, as a word and a value, from what Federici referred to as “bourgeois democracy,” the bureaucratic practices that govern a bourgeois state. When asked if they learn about democracy in school, a high school student responded that they are taught “about the government, different branches, and stuff like that.” Somewhere, these things — the voting booth, Robert’s Rules of Order (the procedures of government), the state itself — replaced “power of the people” as the meaning of democracy. And from there, it’s a logical step to implicate “democracy” in all the crimes of the bourgeois state. But we shouldn’t take that step — as Taylor said after the screening, “we can’t let the elites define democracy and ruin it.”

So, if not bourgeois democracy, then what? The film, largely concerned with critiquing the current definition of democracy, does little to suggest what an alternative would actually look like. There are a few hints; for example, a North Carolinian sewing cooperative has a system in which the workers, mainly Latin American immigrants, own the profits of their labour. The cooperative seems to demonstrate a democratic alternative to capitalist business ownership, but the implications of this are not explored. In the Q&A, Federici also mentioned the Zapatistas, a militant anarcho-socialist group that controls territory in Chiapas, Mexico in opposition to the government. However, the possibility of democratic insurgencies, similar to those of the Zapatistas, in Western nation-states is not addressed in the film (I imagine such an inclusion would have made it difficult to get funding from the National Film Board).

After the screening, Taylor was asked why she didn’t present a clearer political agenda in What is Democracy? She answered that she sees her filmmaking as distinct from her political organizing, as a space to explore ideas without the need to arrive at a political statement. It’s a fair artistic statement, but an unsatisfying one. The film seems to demand an active response, but I left the screening unsure what that response ought to be. Perhaps that is the point; Federici described the film as a “platform for people to explore the idea of democracy.” It seems to me that Taylor’s intent was to facilitate a dialogue regarding the idea of “democracy” as a radical value, rather than a justification of the political status quo. In that sense, the film’s platform is not for those on screen, but for the viewers, as a starting point for a conversation that Taylor believes needs to be had. While questioning democracy is important, the conversation must go beyond figuring out what democracy isn’t (ie: the capitalist nation-state). Instead, we need to imagine what democracy will look like, perhaps at the smallest, most local levels, and what must be done to bring that democracy to life.

What is Democracy? can be streamed at https://www.nfb.ca/film/what-is-democracy-2018/.