“Jazz Meets Opera in the Boxing Ring” in “Champion” 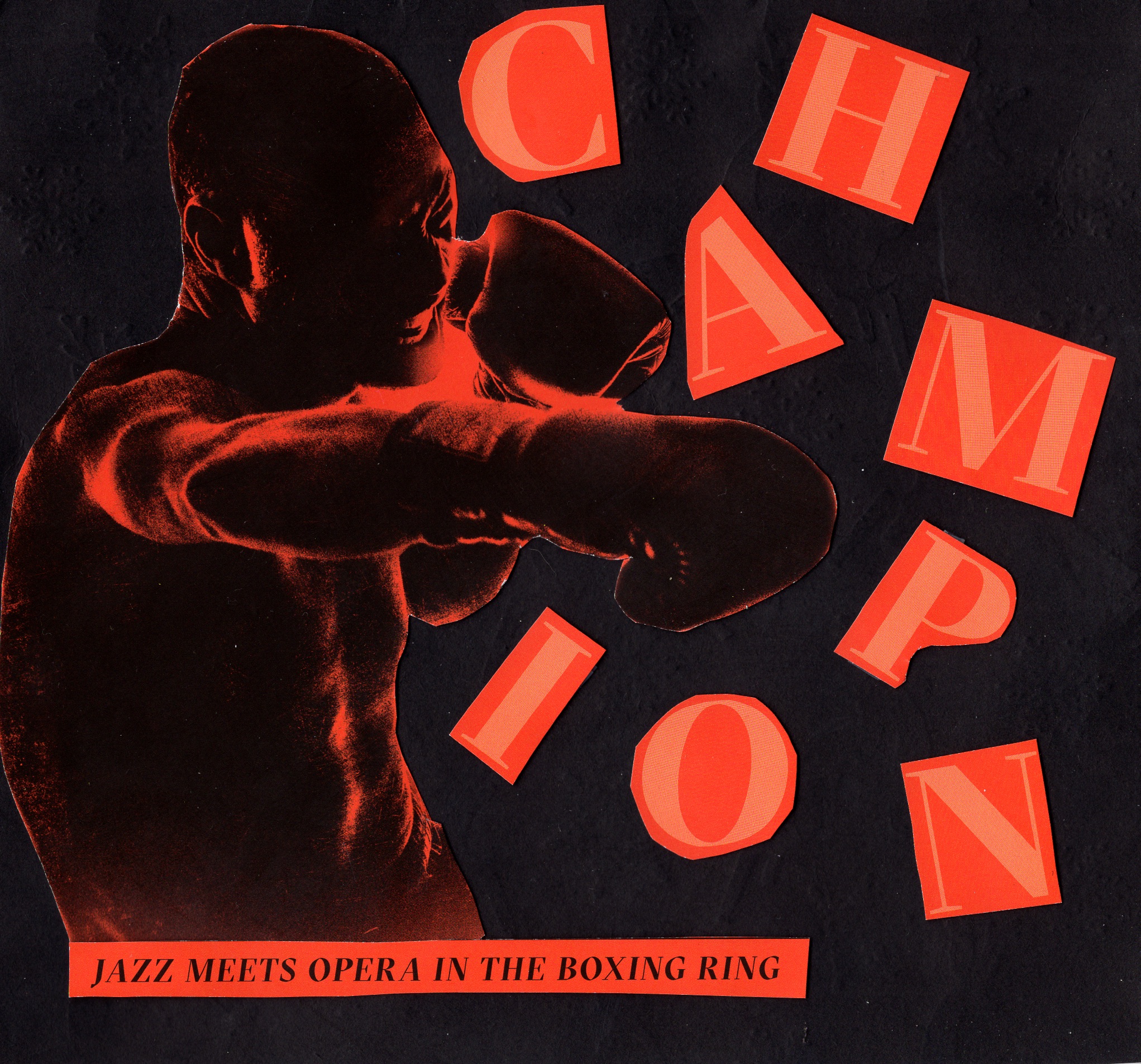 The opera Champion made its Canadian premiere at Opera de Montreal (OdM) on January 26. Originally performed in St. Louis, US, Champion is the first opera from renowned jazz trumpeter and composer (and current Oscar nominee for his work on BlacKkKlansman), Terence Blanchard, and writer Michael Cristofer. Set in the 1960s, Champion tells the true story of Emile Griffith, a welterweight boxing champion from the Virgin Islands. Griffith, after being extensively taunted by his opponent Benny Paret about his queer identity, knocks Paret into a coma from which he never wakes.

The first act of the opera starts with Griffith (Arthur Woodley) in his old age, suffering from dementia. He cannot remember where his shoe is, nor where it belongs. His adopted son, Luis Griffith (Asitha Tennekoon), is acting as his caretaker, and reminds Griffith that they are meeting Benny Paret Jr. The mention of Benny’s name triggers a flashback for Griffith, and the story of how the young man became a boxing legend unfolds.

The story cuts to a young Griffith (Aubrey Allicock), as he is leaving the Virgin Islands. A chorus joins in his dancing, proudly proclaiming that “you must reach what you cannot even see.” He heads to New York, where he reunites with his mother, who finds him a job with a hatmaker. The hatmaker, Howie Albert (Brett Polegato), instead takes notice of Griffith’s strong physique and persuades him to try boxing.

Quickly, Griffith gains notoriety as a boxer. However, he is plagued by questions of identity and belonging. We see him visit a gay bar and participate in a performance with drag queens, yet he can’t help thinking of an instance in his childhood where his aunt asserted that he had the devil in him.”

The climax of the show is Griffith’s fight with Paret (Victor Ryan Robertson). At the weigh-in before the fight, Paret is teasing Griffith, using a swath of homophobic slurs, and physically harassing him. This interaction leads into a song about what it means to be a man and Griffith sings, “somewhere where love is living, there is a man, I am that man, who is this man who calls himself me?” In the 12th round, Griffith knocks Paret out. He ends up in a coma and never wakes up.

Griffith’s guilt and trauma follow him throughout his lifetime. Years later, after he has quit boxing, he returns to the same gay bar, trying to drink away his memories. He then sings about how the bad thoughts overtake him quickly, and how all he wants is to forget. Griffith asks another patron at the bar if he can help him forget, if he can “fuck that hard.”

Leaving the bar, Griffith is the victim of a hate crime; he is attacked by a group of men in an alley. This traumatic memory throws older Griffith in a fit of crying and screaming. As he is being comforted by Luis, he cries: “I kill a man and the world forgives me, I love a man and the world tries to kill me.”

When Griffith meets Benny Paret Jr. years later, he asks for forgiveness. Young Griffith too, asks his older self for forgiveness, and in one of the most spectacular moments of the opera, the two Griffiths join in a song. Their voices melt together wonderfully, conveying the sorrow and triumphs of their life. Griffith forgives himself, and the show ends with the same song it started with, about belonging. Griffith proudly sings, “I go where I belong.”

There were many small moments in Champion, grand in their significance, that really strengthened the show. Older Griffith is never out of sight; if he is not in the scene, he is watching from the balcony, sometimes even participating. In each fight sequence, older Griffith’s shadow boxes from above. Additionally, Champion enlisted the help of the Montreal Jubilation Gospel Choir for some of the larger numbers, connecting with the city it was visiting.

There is this prejudiced notion that opera as an art form can only be “European.” Many famous operas display racist and misogynistic stories, especially when racialized characters are portrayed by white people. The premise, music, and cast of Champion may clash with what traditional opera-goers think opera “should” be, but that’s a good thing. Champion opens the conversation about how opera can, and should, be modernized. It asks the question: whose stories are deemed suitable for an opera, and why?

Champion did not sacrifice the grandeur of the opera by telling a contemporary story; the drama was certainly there, as was the raw emotion and talent. Some of the standout factors of the show were its stage and costume design — the quality of production was phenomenal and truly immersed the audience in the two and a half hour spectacle. The unique elements of Champion came together to create a show that is, as the Artistic Director of Opera de Montreal, Michel Beaulac said, “fascinatingly accessible.”