Wet’suwet’en Hereditary Chiefs Say “This is Not Over” 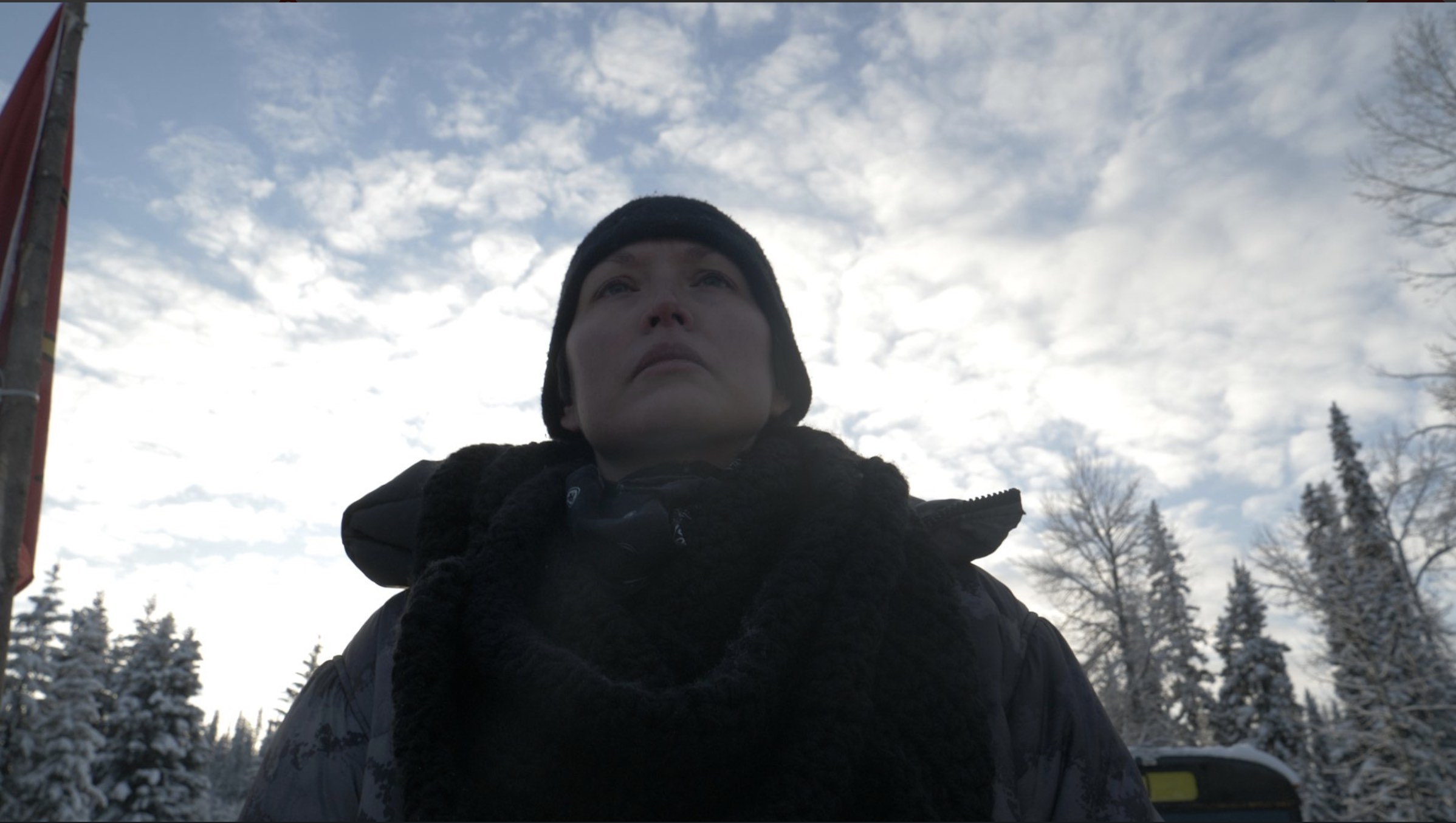 On January 7, the RCMP enforced an injunction of the Supreme Court of British Columbia and arrested 14 self-proclaimed land defenders. All those arrested have since been released. In order to avoid further violence, Wet’suwet’en Hereditary Chiefs have come to a temporary agreement that allows Coastal GasLink representatives to work in the Unistot’en Camp. However, all involved Indigenous parties have made it clear that this conflict is not over.

In the 1997 Delgamuukw v British Columbia case, the Supreme Court of Canada ruled that the Wet’suwet’en people “had not given up rights and title to 22,000 spare kilometers of Northern British Columbia.” According the Canadian Encyclopedia, “the ruling also clarified the government’s duty to consult with Indigenous peoples, and affirmed the legal validity of oral history.”

In 2010, a number of companies showed interest in using traditional Wet’suwet’en territory to transport oil and gas from Alberta to the West Coast. In response, Wet’suwet’en Nation members Freda Huson, of the Unist’ot’en House, and Warner Naziel (also known as Smogelgem), Hereditary Chief of the Laksamshu Clan, reoccupied traditional, unceded Wet’suwet’en territory. They built a camp on this reoccupied land “as a way to resist what [Huson and Naziel] see as unauthorized encroachment on their territory,” according to an APTN News article.

The camp is now known as the Unistot’en Camp, and acts as a permanent home for a number of residents. Huson told APTN News that the camp is “not a protest camp. It’s a homestead. We actually live here and we get visitors from all over the world that want to learn about what we are doing.” The Unist’ot’en Camp is also the site of a healing centre.

Unistot’en Camp residents established a “Free, Prior, and Informed Consent protocol” for visitors of the camp to undergo before entering.

On July 17, 2015, RCMP officers attempted to enter Unist’ot’en territory without permission, which led to the construction of a wooden gate on the bridge by Unistot’en residents. On July 23, representatives from Chevron, a multinational energy company that proposed the Pacific Trails pipeline, asked permission to enter the territory, offering a case of Nestlé bottled water in exchange. They were denied.

In 2016, representatives from the Northern Gateway pipeline, twin pipelines carrying unrefined oil from Alberta to the Pacific coast, attempted to access the Unistot’en Camp, but residents turned them away. The project was rejected by the Trudeau government later that year.

More recently, Coastal GasLink, a 670-kilometre pipeline that would run from Dawson Creek to Kitimat, B.C., is projected to run through the Unistot’en Camp. TransCanada representatives attempted to enter the Unistot’en Camp, but they were denied access.

In November, Coastal GasLink filed an injunction with the Supreme Court of British Columbia against four Unist’ot’en residents, including Huson and Naziel. Coastal GasLink claims they cannot reroute the pipeline. On December 14, the provincial Supreme Court sided with Coastal GasLink, ordering the gate across the Wedniz Kwa bridge to be removed. The gate was not removed. Instead, the Gitdimt’en Clan established another checkpoint beyond the injunction zone. 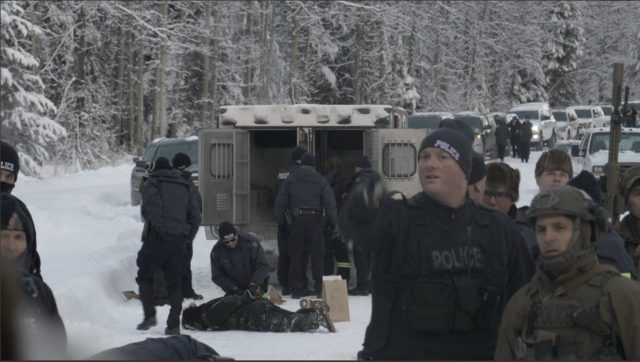 On January 4, members of the RCMP’s Aboriginal Police Liaison division met with the Wet’suwet’en Hereditary Chiefs. According to Naziel’s Facebook page, the RCMP indicated that specially trained forces would be used to enforce the injunction. This action, as Naziel puts it, would “forcibly remove Wet’suwet’en people from sovereign Wet’suwet’en territory,” which goes against Article 10 of the United Nations Declaration on the Rights of Indigenous Peoples (UNDRIP). Over the weekend of January 5-6, there were reports of “busloads of police” in the nearby towns of Houston and Smithers.

In an RCMP document, “Background on B.C. RCMP’s role in enforcing injunction order,” the police force states that “the RCMP respects the Wet’suwet’en culture, the connection to the land and traditions being taught and passed on at the camp, and the importance of the camp to healing” and that “the primary concerns of the police are public safety, police officer safety, and preservation of the right to peaceful, lawful and safe protest, within the terms set by the Supreme Court in the injunction.” Some commentators have pointed out  that the use of “specially trained tactical forces,” and the fact that the RCMP refused to provide details of the operation to hereditary chiefs, suggests that the RCMP aimed to “surprise and overwhelm” the Wet’suwet’en land defenders.

The Facebook page for the Wet’suwet’en access point on Gitdimt’en territory reports that the RCMP arrived at the checkpoint around 10:45 a.m. on Monday, January 7. The RCMP blocked access to the camp, meaning that the Hereditary Chiefs of the Wet’suwet’en Nation, members of the nation, the media, and the public were denied access to the camp. Communications were allegedly cut off soon after, a claim the police force denies. Video footage and various reports released after the events show that armed RCMP officers climbed over the gate, despite land protectors warning the RCMP that they would be trespassing by doing so. By 5 p.m., fourteen people, including Gitdimt’en spokesperson Molly Wickham had been arrested. Some land defenders moved closer to the Unist’ot’en camp and built more barricades. Carmen Nikal, one of the people arrested, was released that night. Others were brought to Prince George, which is over four hours away, to await a hearing with a Justice of the Peace. By Tuesday evening, seven of the remaining thirteen people arrested were released, and by Wednesday those remaining in custody had been released.

Tuesday, January 8 was declared an international day of solidarity with the Wet’suwet’en Nation. There were protests in over sixty cities around the world. In Montreal, there were two. Approximately 150 people gathered outside of Justin Trudeau’s constituency office, near Crémazie metro, during the morning demonstration. Marlene Hale, a Wet’suwet’en Frog Clan member, spoke. The demonstration turned into a street protest, blocking traffic on rue de Liege Est, an access road to the TransCanada highway, for about twenty minutes. The protest was declared illegal around noon, but no arrests were made. In Ottawa, protesters forced their way into a government building and delayed Prime Minister Justin Trudeau’s speech.

Many commentators have criticized B.C. Premier John Horgan and Prime Minister Justin Trudeau’s response to last week’s events. Horgan said that “the [UNDRIP] does not mean a veto; however, UNDRIP Article 10 requires free, prior, and informed consent of Indigenous peoples if they are to be removed or relocated from their territories, which the development of a pipeline through Unistot’en would require. At a town hall event in Kamloops, Trudeau and an audience member, Tilly, had a heated exchange. Trudeau discussed the history of colonialism and discussed reconciliation. Tilly, however, demanded more concrete answers and solutions. At the same town hall event, Arnie Jack, of the Shuswap nation, called the RCMP’s presence at Unist’ot’en a “national disgrace.”

Both the Unistot’en Camp and Gitdimt’en access point Facebook pages report that residents of the Unistot’en Camp were escorted back to their homes by the RCMP. At 11 a.m. on January 11, Coastal GasLink employees arrived at the Unistot’en Camp with a “heavy duty tow truck” and dismantled the blockade on the Wedniz Kwa bridge. Statements from Wet’suwat’en maintain that the survey crews that have been allowed in are wasting their time, since “no pipelines will be built on Wet’suwet’en territory.”