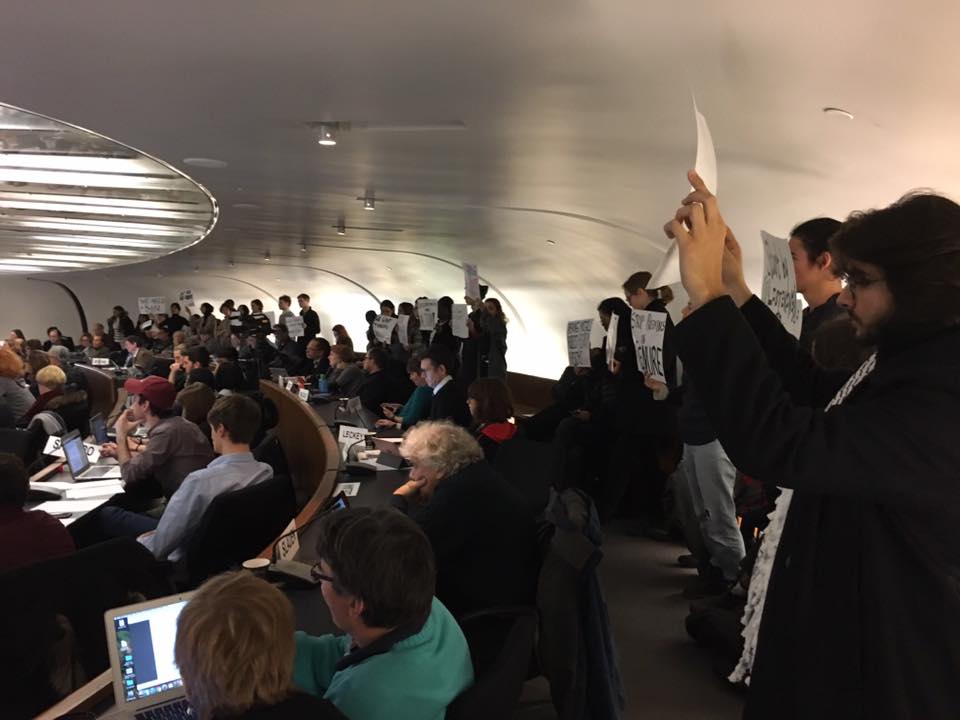 Julie Lassonde, chair of the Ad Hoc Senate Committee on Teaching Staff-Student Intimate Relationships, delivered the committee’s report at McGill’s Senate meeting on December 5. The committee was established as a response to student concerns over the McGill administration’s lack of action in the wake of numerous allegations of staff-student relationships, and instances wherein staff perpetuated sexual violence.

In April of this year, students held a demonstration to call on McGill to address the issue. The committee’s mandate was to make recommendations intended to inform subsequent policy.

The committee recommends that relationships between students and teaching staff be prohibited when both parties are in the same academic unit, or if the staff member has an advising role on a student’s thesis. There are two exemptions to these stipulations. First, “the teaching staff has no supervisory/evaluative/teaching role over the student AND the relationship will not create the reality or perception of any unfair advantage or disadvantage to the student concerned or to other students in the unit AND the relationship will not place an undue burden on other faculty members within the unit who are obliged to make accommodations for their colleague;” second, “the relationship existed prior to both parties participating in the same academic unit AND each element of the category 1 exemption applies.”

Lassonde also emphasized the importance of disclosure, mandatory trainings, clear definitions of key terms, and transparency for proper implementation of the policy.

After Lassonde delivered the report, the floor was opened to Senators’ questions and comments.

Arts Senator Madeline Wilson stated that based on students present, it would seem that consensus was not met. She then asked why a full ban was not recommended by the committee when students had consensus on recommending a full ban. Lassonde responded that she was not in a position to reveal information regarding individual responses, and that the recommendation of a full ban did not reach consensus.

Citing a recent Tribune article by the student members of the committee, which alleges that the committee on teaching staff-student relationships has failed students, Senator Nicholas Dunn, PGSS representative on the Senate, asked how consensus was reached. Lassonde explained consensus and responded that there was no request for a minority report.

Senator Jacob Shapiro, SSMU VP University Affairs, followed up on Wilson’s question. Lassonde responded by saying that three out of seven is not a majority view.

Chair Suzanne Fortier, Chancellor of McGill University, also stated that complete bans, which have been instituted at Harvard and Yale, are new, and as a result, the consequences are not yet known.

Senator Sameer Zuberi, Diversity and Engagement Officer in the Faculty of Medicine, noted that the focus of the policy is on professors, but that attention should be paid to staff who interact with students. He also asked how those who have committed gendered and sexual violence against students will be held accountable. This raised a demand for the policy to outline clear consequences for those acting outside of the framework to be instituted.

Shapiro gave the last comment; he responded to various mentions of “both sides,” saying that the topic at hand is students’ safety, and that he hoped there was only one side on that matter. He asked why there was no ban, arguing that there had been no substantial response to the repeated question. Lassonde reiterated that the committee did not feel a full ban was necessary. 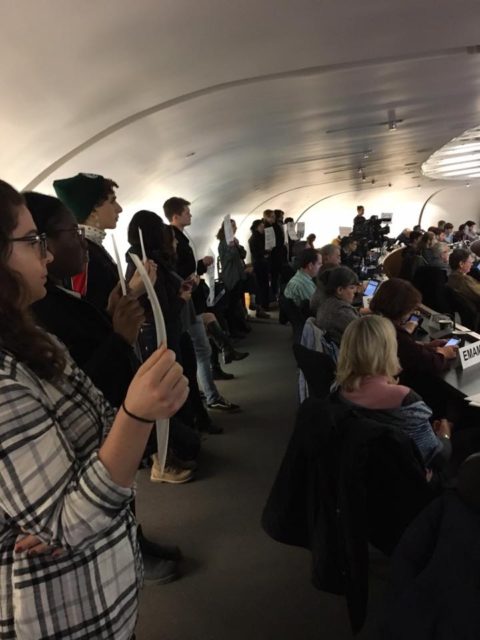 During the meeting, the back row of Leacock 232 was lined with about 20 students, who stood up when Lassonde was called to deliver the report. Most held signs, two of which read “we need a ban” and “don’t fuck your students.”

The meeting began at 2:30pm, and discussion of the committee’s report started around 4:00pm. As of 3:45pm, students were denied entry to senate, allegedly because Leacock 232 was at full capacity. Despite the fact that senators were leaving and reports of empty seats, security maintained that letting more people into the room would be a fire hazard.

Students chanted “we want a ban” as discussion of the committee’s report ended. Trying to speak over the chants, Fortier asked that students respect the work being done and suggested that they be quiet or leave. After a few more rounds of “we want a ban,” students stopped chanting and filed out.