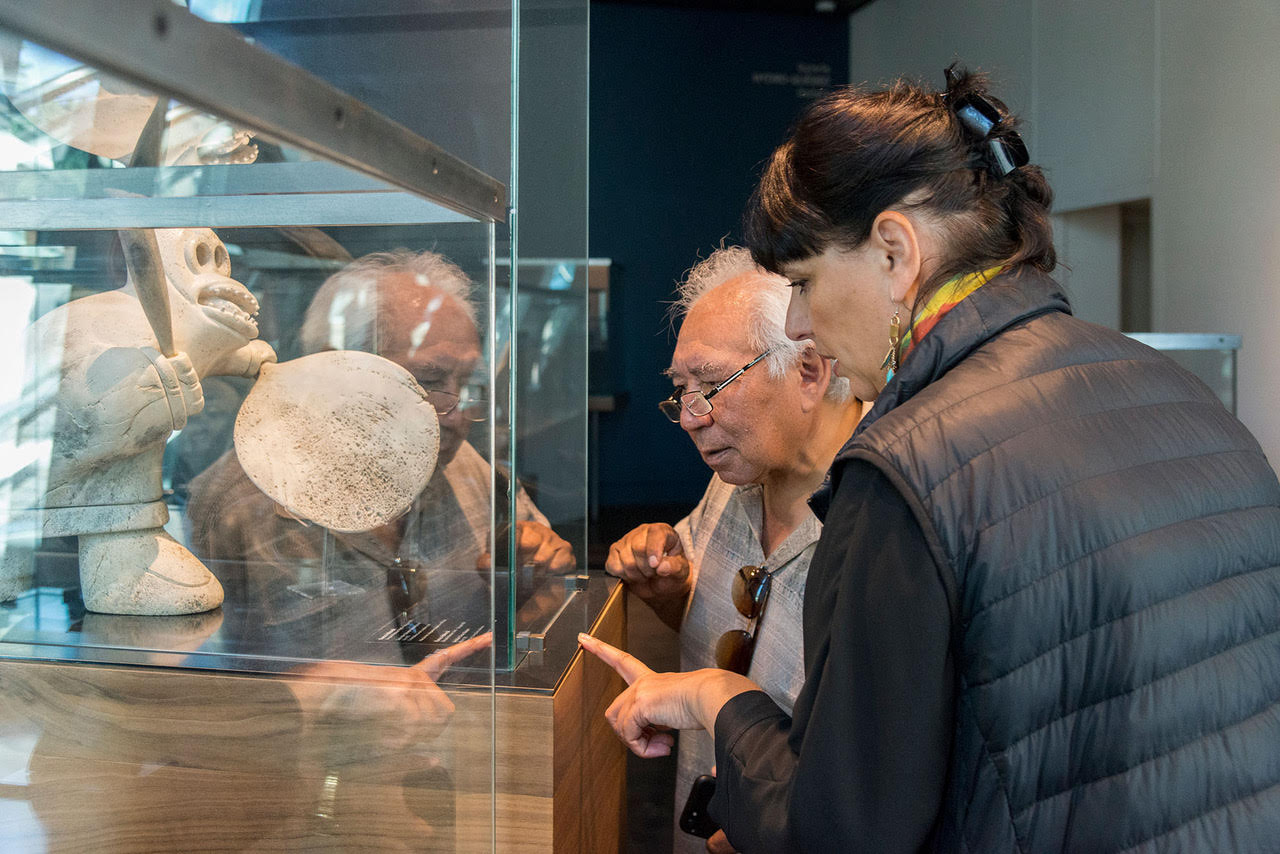 On September 6, the Avataq Institute and the Montreal Museum of Fine Arts (MMFA) announced that the two institutions would form a partnership for the promotion of Inuit art and culture. The McGill Daily had the chance to sit down with Inuk director general of the Avataq Institute, Robert Fréchette, to discuss Avataq and its future plans. We discussed this new collaboration and its implications, and the history of representation of Inuit people in Quebec.

The Avataq Institute was created 40 years ago by elders in Nunavik with the mission of protecting and promoting the Inuit culture of Nunavik. It is staffed entirely by Inuit people. It boasts impressive archives of Inuit oral tradition through hours of recordings, thousands of historical photos, and the genealogy of every Inuk from Nunavik. The Avataq Institute also hosts various initiatives such as an archaeology program, a publication service, art exhibitions, and a program that gives Inuit students a year’s worth of college credits for studying Inuit history, culture, and language.

Currently, the Avataq Institute is located in a corporate building in Westmount, but part of the collaboration with the MMFA includes a move to museum-owned buildings downtown. Fréchette shared his enthusiasm about the new location, saying that it will give students better access to McGill and Concordia. Additionally, this move will bring the Institute closer to the million annual visitors of the museum, and providing a more accessible location for the local Inuit community will play a big part in the promotion of Inuit art and culture.

Inuit artists are now not only being featured in mainstream artistic spaces, but they are the ones curating them. Curatorial control gives Inuit people the power to represent themselves, their culture, and their history however they choose.

When asked about the current state of representation of Inuit art and culture, Fréchette explained, “I see a trend forming. There’s more room for Inuit artists. To what extent this is just fashion, the popularity of words like reconciliation and decolonization, I don’t know. I hope not.”

And there is a trend. Through the work of Indigenous activists across Canada, a space has been carved out in mainstream art. Inuit art is finally being given its own space in art galleries across Canada. The Art Gallery of Ontario (AGO) recently ran an exhibit called Tunirrusiangit, which showcased the art of Kenojuak Ashevak, her nephew Tim Pitsiulak, and the work of three Inuit curators. This exhibit is the first of its kind for the AGO, as Inuit art had never been featured in the gallery’s largest space, nor had it ever employed a primarily Inuit curatorial team. Ashevak’s artwork features surreal depictions of birds and Northern wildlife, such as Bountiful Bird (1986), a drawing of a bird with feathers made of seagull heads. She is considered the “grandmother of Inuit art,” so to finally recognize her work in a mainstream institution is a long overdue step in the right direction.

Pitsiulak’s work mainly uses bold, bright colours to depict modern life in Nunavut and traditional Inuit culture, and his work informs audiences on what life and culture in the Arctic are like today. Featuring these artists on such a grand scale provides a fair, representative image of Inuit culture to the greater public, working against a history of misinformation and misrepresentation.

In the same vein, the Canadian Museum of History has launched a travelling exhibition entitled Picturing Arctic Modernity – North Baffin Drawings from 1964, which features 50 drawings created in 1964 by Inuit people of the Nunavut region. The exhibition was produced alongside local Indigenous people, and, as the Canadian Museum of History describes it, depicts “thoughts, concerns, memories and observations of the people of Nunavut during a time of social upheaval.” 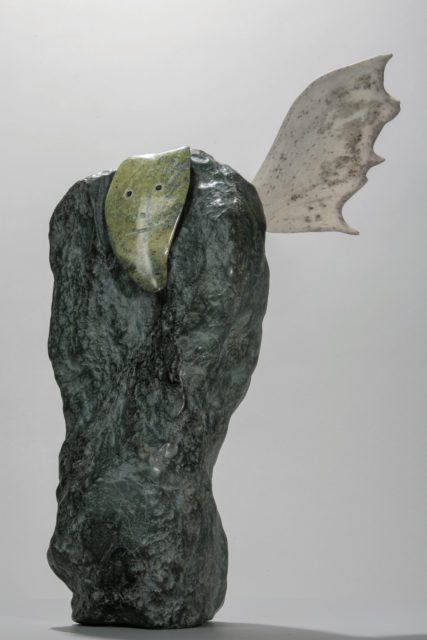 New Wing for the Shaman

The partnership between the Avataq Institute and the MMFA is a possible stepping-stone towards undoing the erasure of Inuit people from the grand scheme of Canadian art and culture.

Inuit artists are now not only being featured in these spaces, but they are the ones curating them. Curatorial control gives Inuit people the power to represent themselves, their culture, and their history however they choose. By shifting power to Indigenous hands, we are moving closer towards the decolonization of artistic spaces.

Whereas the Inuit art collection at the MMFA was started in 1964 by F. Cleveland Morgan, a white man, the new collaboration will make efforts to include Inuit people in the curatorial process and to ensure their involvement with the collection. While the partnership is still in negotiations, this is a possible stepping-stone towards undoing the erasure of Inuit people from the grand scheme of Canadian art and culture.

When it comes to the recognition of Indigenous people in the public sphere in Quebec and Canada, we still have a long way to go. With impending elections in Quebec, we have yet to hear any politicians address Indigenous issues. “The government must do much more. I don’t think Native people go voting a lot, so they’re ignored. That’s something we need to stop doing. It’s Quebec history, and it has to change,” Fréchette says about the current way our government addresses Indigenous people. He hopes that by showing an authentic, non-folkorized depiction of Inuit life and culture, Avataq is doing its best to change this Quebec history.

So, what can non-Indigenous do to improve the way Indigenous culture is represented? “Make room for Native people to express themselves,” says Fréchette. “That’s something we’ve been missing.” It’s a step in the right direction — towards a more inclusive future in not only Canadian art, but also in the national political landscape.