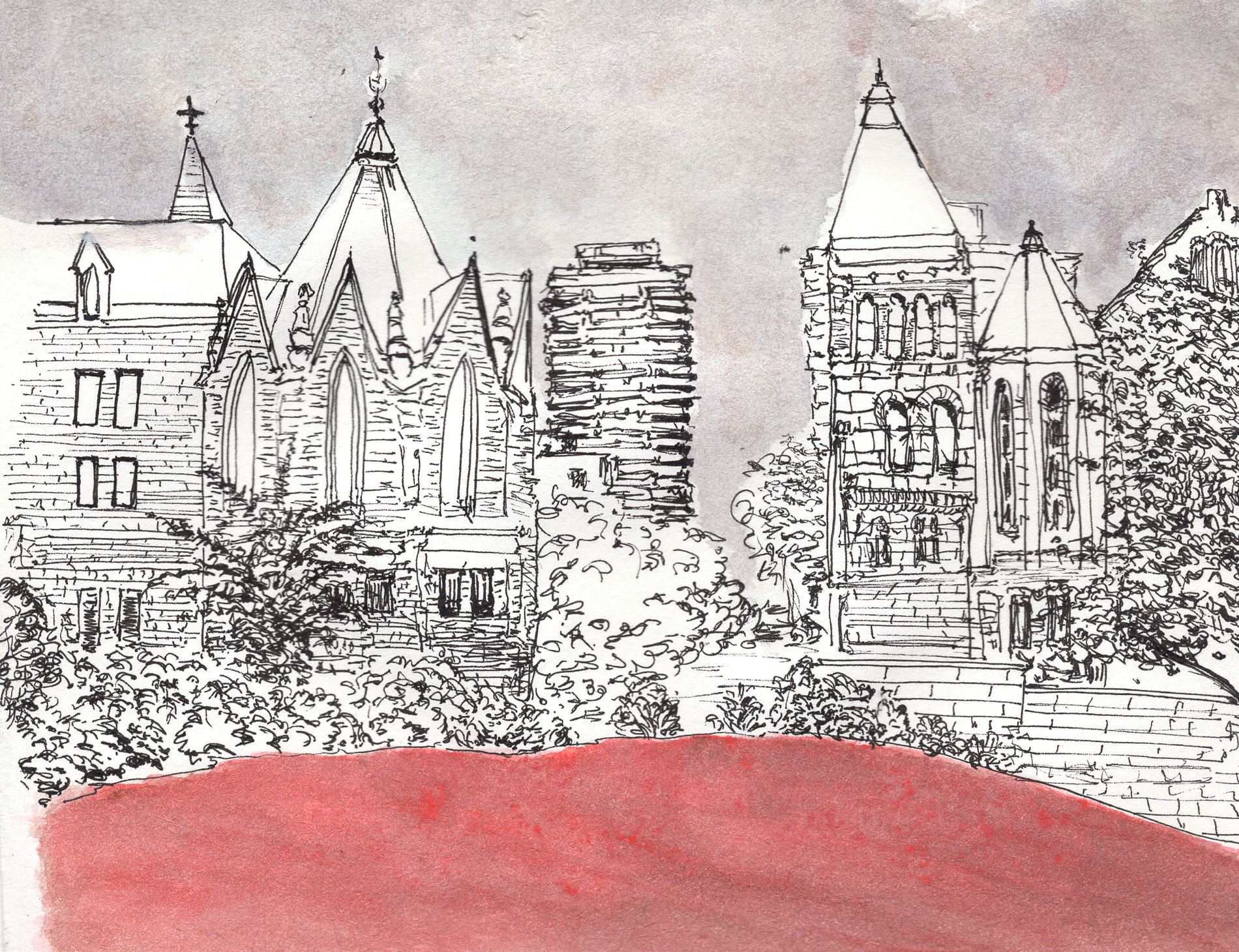 Since its inception, McGill University has been, and continues to be, a colonial institution. The University’s colonial roots reach back to James McGill, the University’s namesake, who bequeathed much of his wealth to the founding of the school upon his passing. The University’s website describes McGill as an ambitious Scottish fur trader who worked hard to rise to prominence in Canadian society, and left a purely positive mark. This portrayal of McGill as a man who “took great care of the welfare of others” glosses over darker parts of his legacy, namely his ownership of both Black and Indigenous slaves. In 1960, historian Marcel Trudel published “L’esclavage au Canada français” which, among other things, revealed that James McGill was a slave owner. Trudel’s research confirms that the name McGill does not embody the principles that the University allegedly stands by, such as equity and inclusiveness, but rather the colonial notion that people of certain races can be used. Moreover, around the turn of the 19th century, McGill became a major landowner, buying tens of thousands of acres of land in both upper and lower Canada, which had been previously unjustly seized from Indigenous peoples.

Between his ownership of slaves and his possession of stolen Indigenous land, McGill epitomized a picture of colonial success in his domination and subordination of Indigenous and Black people.

For many Indigenous and racialized members within the McGill community, colonialism is a daily reality. The name McGill only serves as a further reminder of the cultural genocide of their ancestors and the continued discrimination they face. Still, de-colonization seems not to be a priority for the university’s administration. Not only does their biography of James McGill present a whitewashed narrative, but the university continues to engage in settler colonial behaviour.

Settler colonialism is an international issue. The Israeli occupation and settlement of Palestinian territories like the West Bank is a contemporary example of the aggressive colonialism that McGill engages in. The university invests in companies that profit from the illegal occupation of Palestinian territories, such as a $2 million investment in RE/MAX. RE/MAX is known to finance the development of Israeli settlements in occupied Palestinian land, settlements which have been ruled illegal by the International Court of Justice. By disregarding international law, the university makes a statement on where it stands in the violent dispossession of Palestinian territory and identities. McGill’s financial support for RE/MAX, a company furthering the Zionist settler colonial agenda, sends a powerful and disturbing message. Based on their actions, McGill shows an open disregard for the McGill University Mission Statement and Principles when it comes to profiting off of modern-day colonization.

McGill’s investments have not gone unnoticed by student activists part of the Boycott, Divestment, Sanctions movement. They have been urging the University to divest from companies profiting off Israeli settlements. BDS was formed in 2005 with the aim to end the Israeli government’s oppressive regime in Palestine through non-violent economic boycott. This pacifist tactic is comparable to the one used to take down the apartheid regime in South Africa.

In September of 2017, following advice from the Judicial Board, the SSMU board of directors voted that BDS was discriminatory in nature and violated SSMU’s Constitution and Equity Policy by targeting a specific nation, namely, Israel. However, BDS’ qualm with Israel is one founded on a disagreement with its government’s policies, not its identity as a nation. In fact, BDS works specifically to target governments and corporations, not individual citizens, who uphold oppressive colonial policies. They have a set of clear demands that focus exclusively on Palestinian rights and do not hamper on the rights of Israeli citizens, 20% of whom are Palestinian Arabs. The SSMU decision to make BDS unconstitutional at McGill is troubling, especially for Palestinian students, who are attending a university that is profiting off of the continued ethnic cleansing of their country. It is also a reminder that we as students have much work left to do in combatting colonial structures on campus.

A testimony of McGill’s current colonial reality is the underrepresentation of non-Western anti-colonial perspectives in academic teachings. For example, the Indigenous studies program is only offered as a minor, partly because there aren’t enough funds put into the creation of a variety of Indigenous content-related courses to fulfill the requirements for a major program. Outside of the Indigenous Studies program, Indigenous perspectives are even more limited, with most departments at McGill focusing nearly exclusively on eurocentric academic knowledge.

This Eurocentrism is apparent when looking at the syllabi for various courses at McGill. The introductory course to international relations, POLI 244, draws its reading material almost exclusively from Western scholars and textbooks. The same goes for GEOG 210, an introductory geography course on “global places and peoples.” Such courses deal with a subject matter that is international by nature, yet are taught through a purely Western lens. Even though authors sometimes attempt to limit ethnocentric bias, their study of other political systems and cultures is heavily influenced by the Western scientific method. This is based on empirical analysis of observable phenomena through a series of predetermined steps. That is not to say that Western epistemology is by any means weak — empirical analysis is a cornerstone of higher learning — but rather that it dominates the discourse at McGill to the detriment of other forms of knowledge, namely Indigenous epistemological systems. Our highlighting of this fact is not to criticize professors for their choice of subject matter, they are of course more than qualified to do so, but rather to underline that McGill as an institution that promotes a Eurocentric academic culture. Complementing a Eurocentric curricula with scholarly work from non-Western and Indigenous scholars, in addition to rethinking Western academic methodologies, would go a long way toward eroding colonial teaching on campus.

Ending colonialism isn’t something that can happen instantly, but there are concrete steps that we as students can take towards decolonizing McGill. Those who attend talks on campus or SSMU legislative council meetings have heard the sentence “the McGill campus sits on unceded Kanien’keha:ka land.” Reiterating this statement at each event may seem redundant to some, but in doing so we reclaim past and present identity of this place, an identity whose origins are eroded by the name McGill. A land acknowledgement certainly is a respectful gesture that honours the injustice this university has perpetuated; however, it does not heal the ongoing damage of hundreds of years of oppression.

In order to decolonize McGill, everyone needs to commit daily to the anti-colonial effort; the fight for decolonization is one of actions, not just words.

Here are various ways to increase your awareness and get involved on campus:

EDUCATE YOURSELF AND OTHERS:

We hope to see you at a rally soon!