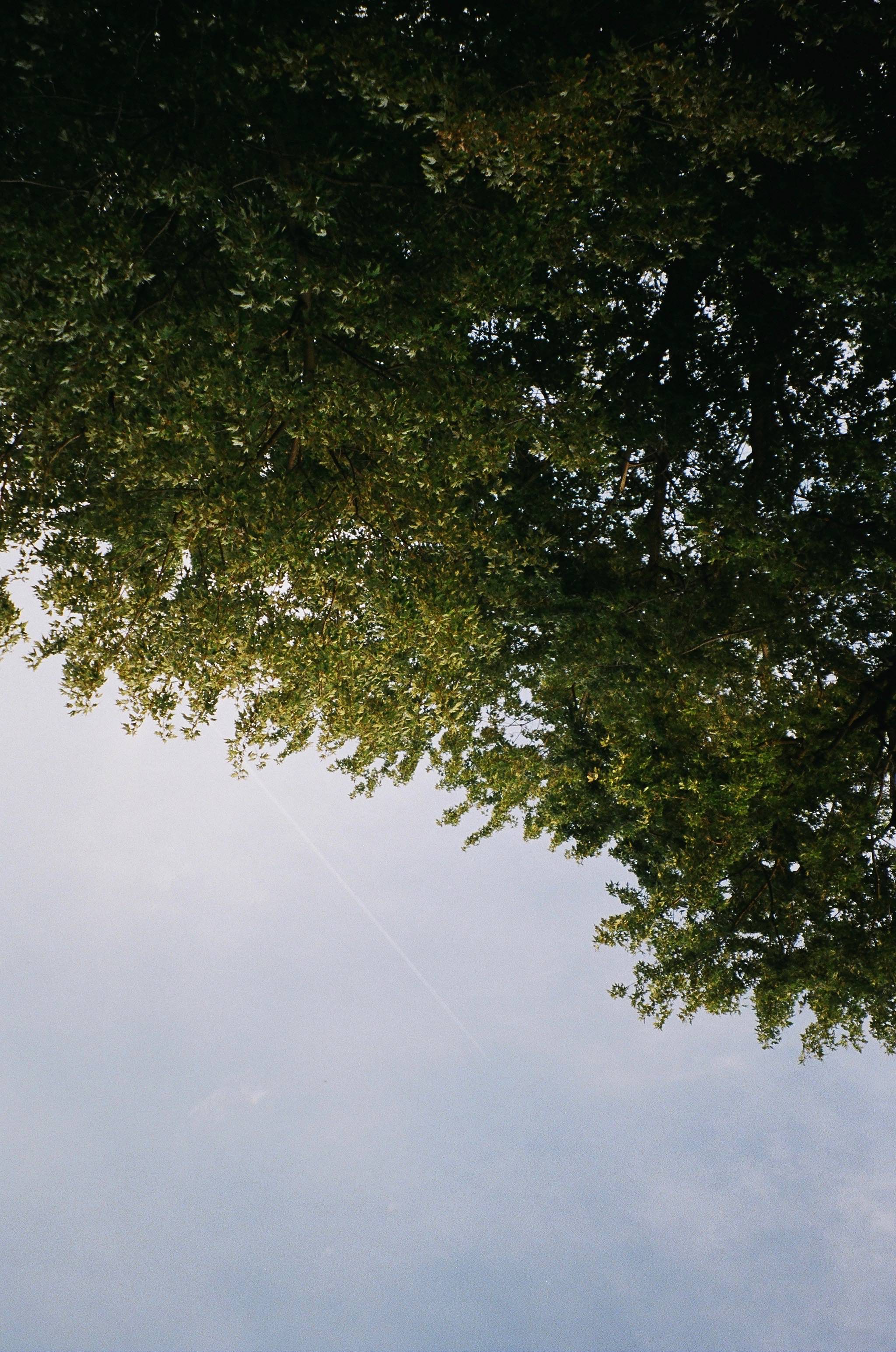 Two friends and I recently took a stroll down to Mount Royal to take in the ganja-glazed glory of the Sunday drum circle, or “tams,” as it is affectionately referred to. We sipped beers, watching the swaying mass of bodies that conglomerates seemingly out of nowhere every Sunday afternoon. I couldn’t help but marvel at the beauty of the park that hosted us. There was a feeling of freedom: freedom of the crowd that collectively lost themselves in the magic of shared music, and the sense of unity that resulted. The night wore on and darkness fell. The crowd thinned and police cars began to creep out slowly from the periphery, their headlights a glaring reminder of the city that existed beyond the circle of drummers. As the cops flashed their lights ominously, my friends and I found ourselves embroiled in a debate. We didn’t actually know if they could kick us out or not ñ does the mountain have closing hours? At which point in the night am I legally considered a trespasser? And do I, a white McGill student, have to worry about the police enforcing a rule like that? 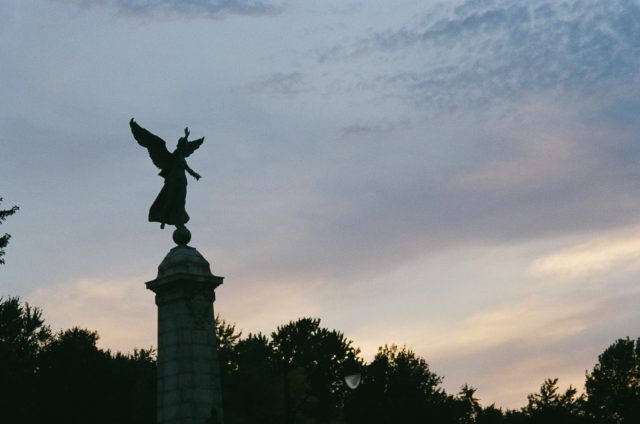 This discussion of the nature of our city’s public spaces is an important one. While we live in a city with an exceptionally vibrant public life that includes parks and festivals, it’s easy to forget that the concept of having public space is not a given, nor is it a constant. Montreal’s public areas are not immune to the problems that are plaguing urban centres across the world. Increasing privatization threatens the public spaces necessary for a vibrant civic life, which harms marginalized segments of the population first. Since its creation, the concept of ‘the public’ has been complicated by the reality of divisions within urban populations.

While we live in a city with an exceptionally vibrant public life that includes parks and festivals, it’s easy to forget that the concept of having public space is not a given, nor is it a constant.

The roots of the concept of a public sphere, in opposition to the private, can be traced to the era of the Renaissance. During this time, ideas of individual freedom and democracy began to grow. Public spaces, or commons, emerged as places where individuals could meet to debate public matters, usually in places like churches or town squares. Theorist Jürgen Habermas draws a link between the concept of the public sphere and the development of democracy. He points out that commons play an important role by providing a place for public appearance, conversation, and interaction that might otherwise be limited by governmental laws or corporate rules if occurring on private property. In other words, commons are places where the free conversation necessary to a democracy can occur.

However, despite the original liberal ideals of commons, by the 1850s, the growth of consumer capitalist culture began to exacerbate the gendered nature of the idea of public space. As male duties were increasingly categorized in terms of commercial, capitalist action in the public sphere, a binary division was established that clearly demarcated the male public realm from the female private, or domestic, one. The gendered divisions between public and private further expanded into other forms of socioeconomic exclusion as consumer culture flourished during the nineteenth and
twentieth centuries.

The interaction between capitalism and cities has turned both urban space and social interactions into commodities, and called for people to reclaim their city as a “co-created space” separate from the effects of capitalism.

Philosopher and sociologist Henri Lefebvre was an early critic of the negative effects of the commodification of public spaces and the social interactions made possible by them. Lefebvre argued that the growing inequalities in cities meant that public spaces were becoming detached from inhabitants’ realities, as public land, resources, and services were unequally distributed among urban socio-economic groups. This means that accessible and well-maintained commons are disproportionately available to those privileged along economic, racial, social, and gendered axes. Lefebvre pointed out that the interaction between capitalism and cities has turned both urban space and social interactions into commodities, and called for people to reclaim their city as a “co-created space” separate from the effects of capitalism. He advocated for public spaces to be a “meeting point for building collective life.” He argued that cities are shaped by its inhabitants through their public life, and that everyone has the right to use spaces within the city. By arguing that the ownership of space was less important than its use, he accorded more value to public use than to economic worth. 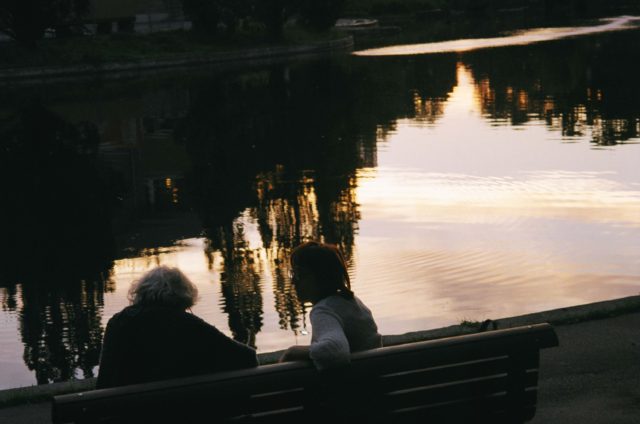 Lefebvre coined the term “right to the city” to express his view of public spaces as a collective project in which all people should have the right to participate. This idea has only grown in importance since its conception in 1968.

Increasingly, cities like Montreal are becoming gentrified and segregated along social, economic, and cultural lines, which curtails opportunities for public interaction. Processes of privatization and urban redevelopment that gained traction during the 1960s resulted in the conversion of many publicly-owned public spaces to privately-owned spaces. This means that much of what could today be considered the commons are in fact semi-public spaces. These semi-public spaces are places where anyone can go if they pay, like cafés or shops. Public transportation, libraries, and parts of malls or shopping centres can be semi-public, and may have stricter rules like dress codes, or the prohibition of solicitation or advertising.

Montrealers with disabilities and those experiencing homelessness are disproportionately affected by these changes.

This privatization and increased control of once-public spaces hits certain segments of the population especially hard; semi-public places are increasingly modified to both explicitly and implicitly exclude certain people. Montrealers with disabilities and those experiencing homelessness are disproportionately affected by these changes. Some benches in Montreal parks and metro stations are designed so that they can’t be used as resting places by people experiencing homelessness, and spaces like parks have restricted opening hours so that they’re inaccessible at night. These restrictions are enforced by the police, and over-policing often disproportionately targets areas where Montrealers living on the street tend to congregate. For example, the area around Atwater metro station and Cabot Square has a much stronger police presence than comparable parks and public spaces in the surrounding neighbourhood of Westmount. The people experiencing homelessness who spend time in this area, largely comprised of Indigenous people and people of colour,  are therefore disproportionately affected by restrictions on where they are or are not permitted to exist. In fact, the selective enforcement of laws in public spaces is described by the National Coalition for the Homeless as “criminalization of homelessness.” The Coalition argues that as the growing lack of affordable housing in large cities pushes more and more people into increasingly privatized public spaces, this selective enforcement serves to harass those living on the street. Their report Illegal to be Homeless states that laws against obstruction of sidewalks and public thoroughfares by sitting or lying down in public are largely enforced against homeless people, and serve to drive them out of the public.

Additionally, public spaces often implicitly rather than explicitly exclude disabled people, since suitable access is quite often unavailable. In a city as hilly as Montreal, there is an appalling lack of ramps accompanying the stairs.  Moreover, the public transportation network is sorely lacking in elevators that would make its metro system accessible to those who are unable to navigate the many staircases.

Despite these serious issues, Montreal’s commons continue to provide spaces that fulfil needs which might not be able to be met by privatized spaces. I grew up in Fort Worth, Texas, a city characterized by its utter lack of commons and its excess of strip malls. Any gathering would have to take place at a restaurant or store, if not at someone’s house – all private locations that would probably require someone to spend money in order to spend time there, rendering them inaccessible to many. Compared to the many similar North American cities, Montreal has a miraculous wealth of public spaces, such as parks, university campuses, libraries, and public festivals. Montreal’s public spaces include well-used bike paths as well as free festivals like the Jazz Fest and the Mural Festival that allow for expression and exploration through public art. The Government of Quebec further supports public art through its policy of integrating art into the architecture and environment of government and public buildings and sites. This policy ensures that at least 1% of the cost of constructing a new public building or site goes toward the integration of a work of public art. The government reports that this effort to “foster the democratization of public art” has resulted in the installation of over 3,500 works of public art and has “[enriched] Montreal’s public spaces.” 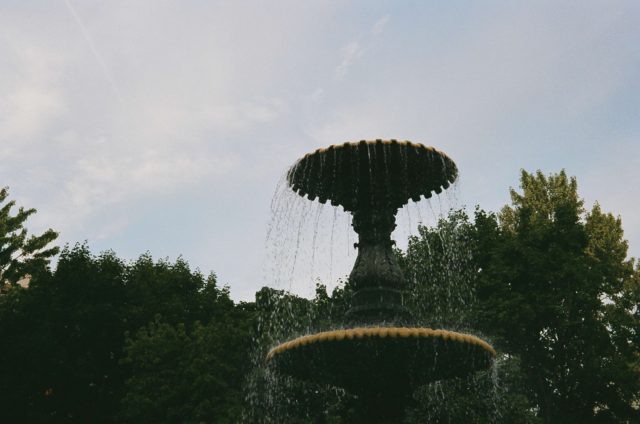 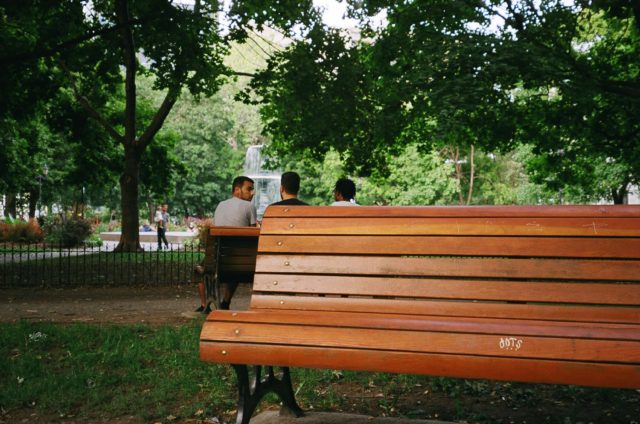 McGill itself is another site of public value, as its libraries and lawns are used by Montrealers and tourists alongside students. McGill also hosts a farmer’s market that brings sustainable food to “both the McGill and Montreal community.” However, it’s impossible to overlook the semi-public nature of our campus; anyone vaguely student-aged or student-passing can take advantage of McGill’s green spaces, libraries, and buildings (during certain hours), but anyone perceived to be outside that description is liable to attract much more scrutiny from campus security.

Globally, many organizations have come together to work to protect access to the urban commons that are so important to civic life. One such group is the Right to the City Alliance, whose main goals include “the right to land that serves the interests of the community and not of the market, the right of Indigenous people to their ancestral lands, the right to safe neighborhoods and police force that works for all communities, and the right of working class communities of colour, women, queer, and transgender people to an economy that serves their interests.” Activism from groups like this one ensures that public life can thrive in the spirit of Henri Lefebvre, who described cities as an “oeuvre,” a piece of ever-changing collective artwork shaped by the actions of its inhabitants. He lamented the deterioration of truly democratic urban spaces as a result of the privatization of land under capitalism. The public spaces from which we benefit are at risk, and it is both our right and our responsibility to add our brushstrokes to the Montrealaise oeuvre.