Time travel in the tennis world 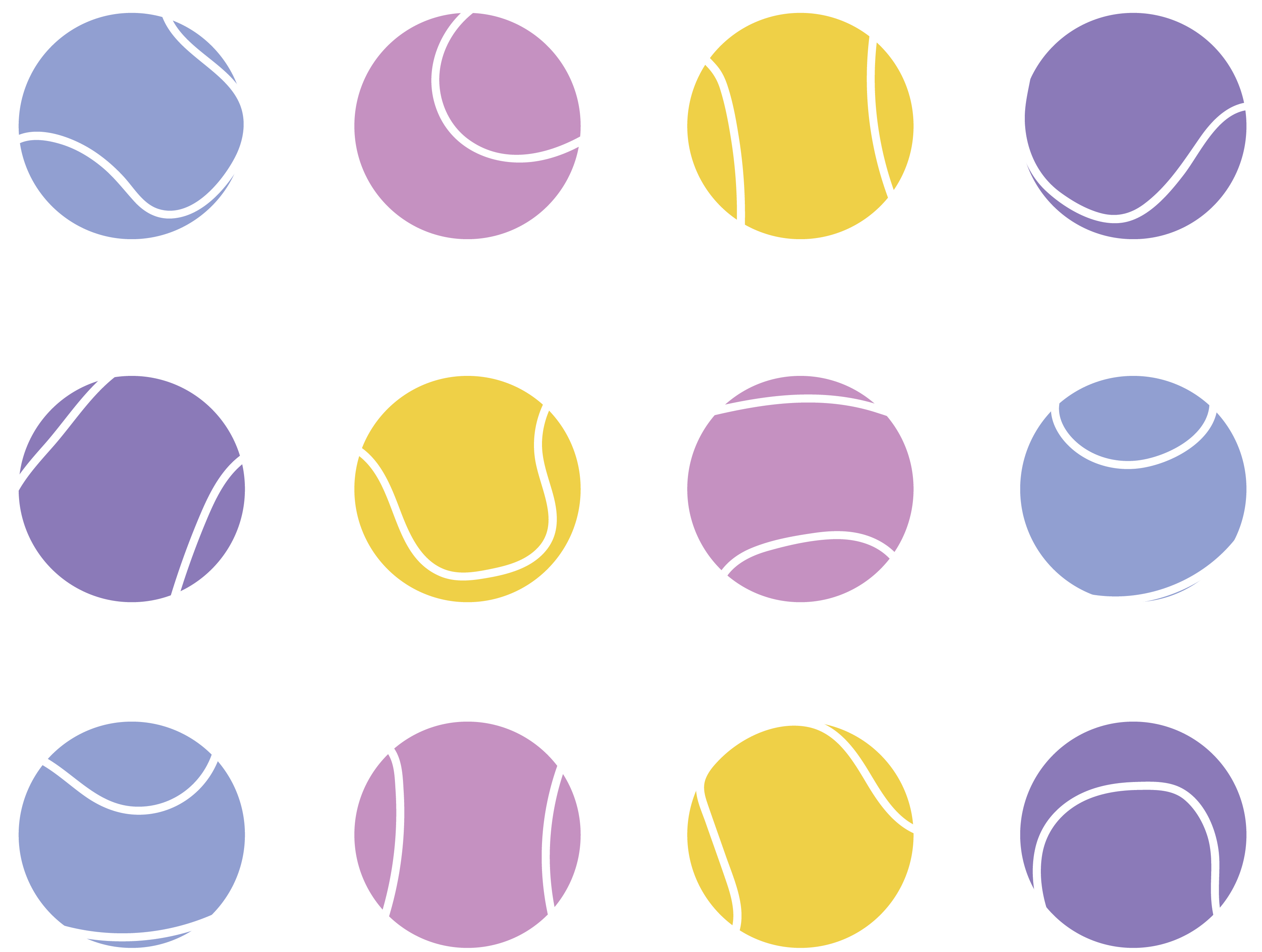 I had only recently started following professional tennis when Roger Federer and Rafael Nadal, the top ranked players on the men’s circuit, met in the 2008 Wimbledon final. I had also recently come to the conclusion that Federer was my favourite player, largely because he could play so effortlessly: where Nadal used both hands on the backhand, and would drip with sweat and yell every time he touched the ball, Federer used one, and had the seemingly impossible ability to play without showing any signs of physical strain or fatigue. This difference surely led some people to side with Nadal — the mere mortal whose expressiveness captured the effort it took to play at such a high level. And besides, Nadal had the underdog’s appeal. He may have won three straight French Open finals against Federer — the most recent with a bagel (a 6-0 win) in the third set — but Federer was Wimbledon’s five-time defending champion. Maybe it was also this fact, and his an unprecedented 65-game win streak on grass courts, that made me want Federer to win: I didn’t want to witness the end of a streak because, however shallow my reasoning sounds to me now, it had a certain purity that I didn’t want to see broken by Federer’s loud, sweaty rival.

The 2008 Wimbledon final is widely considered the greatest tennis match of all time. It was the second longest grand slam final ever, obviously exciting in and of itself, but I think its reputation derives more from what it represented in the context of the Federer–Nadal rivalry. Its significance, and my disappointment when it was over, were one and the same. That is, the match acquired a legendary status because in winning, Nadal brought an end to the most dominant phase in Federer’s career and arguably the single most dominant four-year display of tennis ever. Watching Federer lose 9-7 in the fifth set was disappointing because it made me feel like I had missed a once-in-a-lifetime display of excellence: I had missed the golden era of Roger Federer, in which he won eleven of sixteen grand slams and held the number one world ranking for a record 237 consecutive weeks.

Nadal’s 2008 Wimbledon victory changed the landscape but not, as I was drawn to believe, for the worse. As Federer’s best years came to a close, the “Big Four” was born, and excellence in the men’s game was subsequently shared not only with Nadal, but also Novak Djokovic and Andy Murray: in the past decade, all but five grand slam men’s singles events (and every Olympics) have been won by one of these four athletes. The tight competition within the Big Four, along with the consistency they have given to the tennis season year after year, has been a captivating narrative to follow, one that some have dubbed a “Golden Era” and one that I have to admit is probably more interesting than Federer’s own golden era. A familiar cast of characters makes any sport more interesting to follow, but especially a sport without fixed teams to rally around: tennis’ Big Four is baseball’s Red Sox–Yankees, or hockey’s Leafs–Habs. In the world of individual sports, it’s boxing’s Joe Frazier–Muhammad Ali. My wish for Federer to have won the 2008 Wimbledon final is like wanting Lebron James to sign with the Golden State Warriors: both would extend transcendent sports streaks but competition is obviously more fun, so long as some sort of narrative keeps the stakes high, whether that’s four players trading grand slam victories or two teams competing in three straight National Basketball Association finals.

Two weeks ago, Federer won his 20th grand slam. This victory is the most recent in a period of unexpected resurgence for Federer and for Nadal. If I didn’t know better, I might be convinced that 2017 and 2018 are an alternative timeline in which 2007 and 2008 are being repeated with slightly different outcomes. My disappointed kid self, convinced that he had missed Federer’s greatness, would never have seen this one coming.

This period of resurgence is more than a dose of nostalgia. It’s also a testament to their longevity as professional athletes, especially in Federer’s case. Continuing to win grand slam singles titles in your early 30s is rare. At 36, Federer has reclaimed a level of excellence we haven’t seen since he was 28, and he seemed old by tennis standards even then. But Federer’s longevity is not unparalleled. Ken Rosewall won two grand slams in the 1970s at the ages of 36 and 37. Among Federer’s contemporaries, there’s the even more impressive case of Serena Williams, who has won ten grand slams since turning 30 and will hopefully return in top form after taking a year off to have a baby.

Unlike the women’s game, however, the men seem to have been engaged in an unorthodox relay for some time: Federer and Nadal passed the baton to Djokovic and Murray, but now seem to have taken it back for a victory lap. This relay is largely a function of their relative health: Federer and Nadal may not have been able to win the past five grand slam tournaments, if not for the injuries suffered by Djokovic and Murray. Going forward, the relay will be determined by the Big Four’s relative longevities, all having reached 30: it seems as though they will have to pass the baton on rather than have it taken from them by a new generation, who may well have also watched the 2008 Wimbledon final as children and thought, somewhat naively, that Federer’s days were numbered and their own time was nigh. For now though, 36 is the new 26, and 2018 the new 2008. And most importantly, at least for my 12-year-old self, Federer seems poised to continue serving aces for some time.