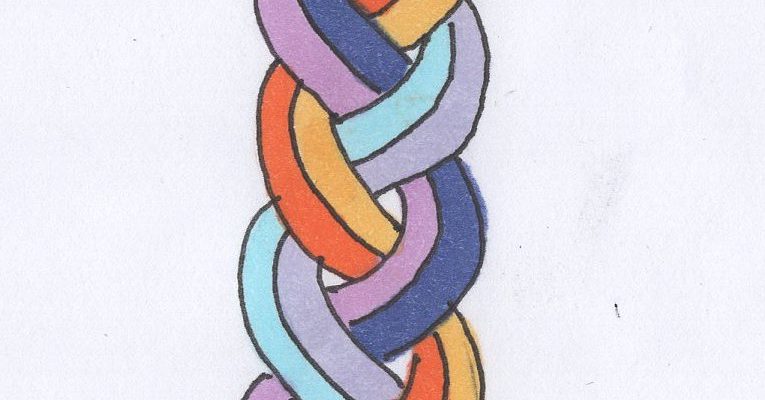 After nightfall on Saturday, February 10, when three stars could be seen in the sky, Independent Jewish Voices (IJV) McGill hosted their first politically radical Jewish reading group, wittily named “Shabook Shalom.” IJV McGill is a group of Jewish students and community members who stand in solidarity with Palestine. Shabook Shalom was started in order to provide a space to “explore Jewish identity, tradition, and radical political history through an anti-colonial [and] anti-Zionist lens.” An introductory land acknowledgement recognized our gathering on the unceded territory of the Kanien’kehá:ka. The land acknowledgement also addressed the fact that both Palestine and Canada are occupied territories, and that in order to address colonization abroad, we must also address the ways we are complicit in colonization in Montreal. IJV McGill states that “we see this acknowledgement as a first step in fulfilling our constant responsibility to Indigenous peoples and the land that we organize on.”

Before beginning our discussion of this week’s assigned reading, we performed the Havdallah ritual, done every Saturday after nightfall. Havdallah marks the separation between Shabbat and the rest of the week. The ritual consists of four blessings: a blessing on wine (or grape juice), a blessing on spices, a blessing on fire, and a blessing on Havdallah itself. The ritual begins with the lighting of a special braided candle, whereby several wicks come together to form a single flame. Unable to locate such a candle, we instead used several rainbow birthday candles “because they were gay.” We then sang the four blessings while passing around the spices for everyone to smell. I’ve been told that we smell the spices to awaken our senses to the new week. The final blessing, the blessing on Havdallah itself, is a blessing for the separation between all things: the separation between light and dark, between the sacred and the mundane, between Shabbat and the rest of the week. The ritual ends when we extinguish the flame of the candle into the wine (or grape juice). Before I extinguished the flame, I told everyone: “The longer the sizzle, the sweeter the week.” As I dipped the flame into the grape juice, the fire sputtered and gave a weak sizzle. Everyone laughed, and we joked about how the week would be quietly sweet.

Havdallah has always been my favourite ritual. Something about the darkness, the candlelight, the singing, the scent of the spices, the sense of closeness and community; something about the ritual has always been deeply beautiful to me. Perhaps it is the way it occupies this liminal space between light and dark, between the sacred and the mundane, between myself and everyone else singing the li-li-li’s of the blessings. The Havdallah blessing may be for the separation between all things, but I think it is also about the connection between all things. When you sing the Havdallah blessing on the fire, you’re supposed to hold your hand up to the flame and fold your fingers over to see the shadow of your fingers on your palm. And this is supposed to be a reminder of the separation between lightness and darkness. To me, it is also a reminder of the way that lightness creates darkness, the way the flame casts the shadow, the way that separation is also connection. After many years of not practicing Havdallah, leading this service for IJV was a sweet reminder of my connection to Jewishness and the Jewish community.

For the first meeting of IJV McGill’s “Shabook Shalom,” we read the second chapter of Theodor Herzl’s infamous Der Judenstaat (The Jewish State), titled “The Jewish Question.” Herzl is considered one of the founders of political Zionism, and his pamphlet Der Judenstaat described how and why a Jewish state should be formed. IJV McGill decided to focus on this piece first, because it provides a starting point for discussing political Zionism and all the reasons it needs to be critiqued and condemned.

Tali Ioselevich, one of the core organizers with IJV McGill, explained that “Zionism is the belief that a Jewish state has the right to exist, and that it must exist with a physical territory, that it must be attached to land.” In other words, Zionism, as it is known today, is a colonizing project. There are several different types of Zionism: Zionisms that believe that a Jewish state could exist on any piece of land, anywhere, and Zionisms that believe the Jewish state can only exist in Palestine. There’s liberal Zionism, which may believe that the nature of the occupation in Palestine at the moment is wrong, but still believe in the right of a Jewish state to exist in Palestine. There’s far right Zionism, which is generally very anti-Arab and believes in any means necessary to set up a “safe” Jewish state in Palestine.

After covering “Zionism 101,” the group explored how anti-Semitism and Zionism are intertwined. As Herzel writes in Der Judenstaat, “the Governments of all countries scourged by anti-Semitism will be keenly interested in assisting us to obtain the sovereignty we want.” In other words, the anti-Semitism of European governments would fuel Herzl’s Zionist project. European governments would support the project because it would gradually remove Jewish people from their countries. In the pamphlet, Herzl positions anti-Semitism as natural, and not as something to be fought against. Rather than attempting to fight oppression, Herzl wants to simply escape it.

I get confused when Jewish Zionists call me a self-hating Jew for my anti-Zionist activism. My stance, and the stance of IJV McGill, is to stand up and fight oppression, not to ignore it or try to escape it. Meanwhile, the mandate of Zionism, at least as Herzel explains it, is to accept anti-Semitism and find an elsewhere to exist instead.

But when we try to escape oppression, the question becomes: where do we escape to? And how is escape a colonizing project? The kind of “sovereignty” Herzl is seeking in his escape is the power to colonize land. Isabel Setel, a member of the Jewish reading group, wondered, “How is this sort of sovereignty the answer to oppression?” Notions of sovereignty based on the colonization of land and peoples can only produce new oppression.

Rather than seeking an elsewhere to belong to, Jewish folks should be questioning the very terms of belonging. Who gets to belong, where, and how? How are discourses of belonging based on notions of both inclusion and exclusion? And how can we short-circuit these discourses to open up space for a sense of community, connection, and sovereignty beyond colonialist relationships to land?

Shabook Shalom opens up space to begin having these discussions. This is a space where we can question notions of Jewish belonging on Turtle Island and in Palestine. We can begin to ask, what does it mean to be living in diaspora on colonised land? What is the meaning of a homeland after generations and generations of wandering? How can anti-colonialist and anti-Zionist Jewish stories and perspectives be a part of wider discourses surrounding transformative justice?

Just as the Havdallah ritual acts as a reminder of both separation and connection, our radical Jewish politics explore notions of separation and connection as they relate to Jewish community and social justice. As Jewish people living in diaspora, we constantly occupy this liminal space between light and darkness, between the sacred and the mundane. Occupying this space is beautiful and powerful; here we can work magic, here, we can start discourse, here, we can begin to imagine a world beyond colonialist projects.

Shabook Shalom will be meeting every two weeks on Saturday evening. Reach out to IJV McGill if you’re interested in getting involved!