Freedom and regulations in shinny

Finding the balance that means a game for everyone 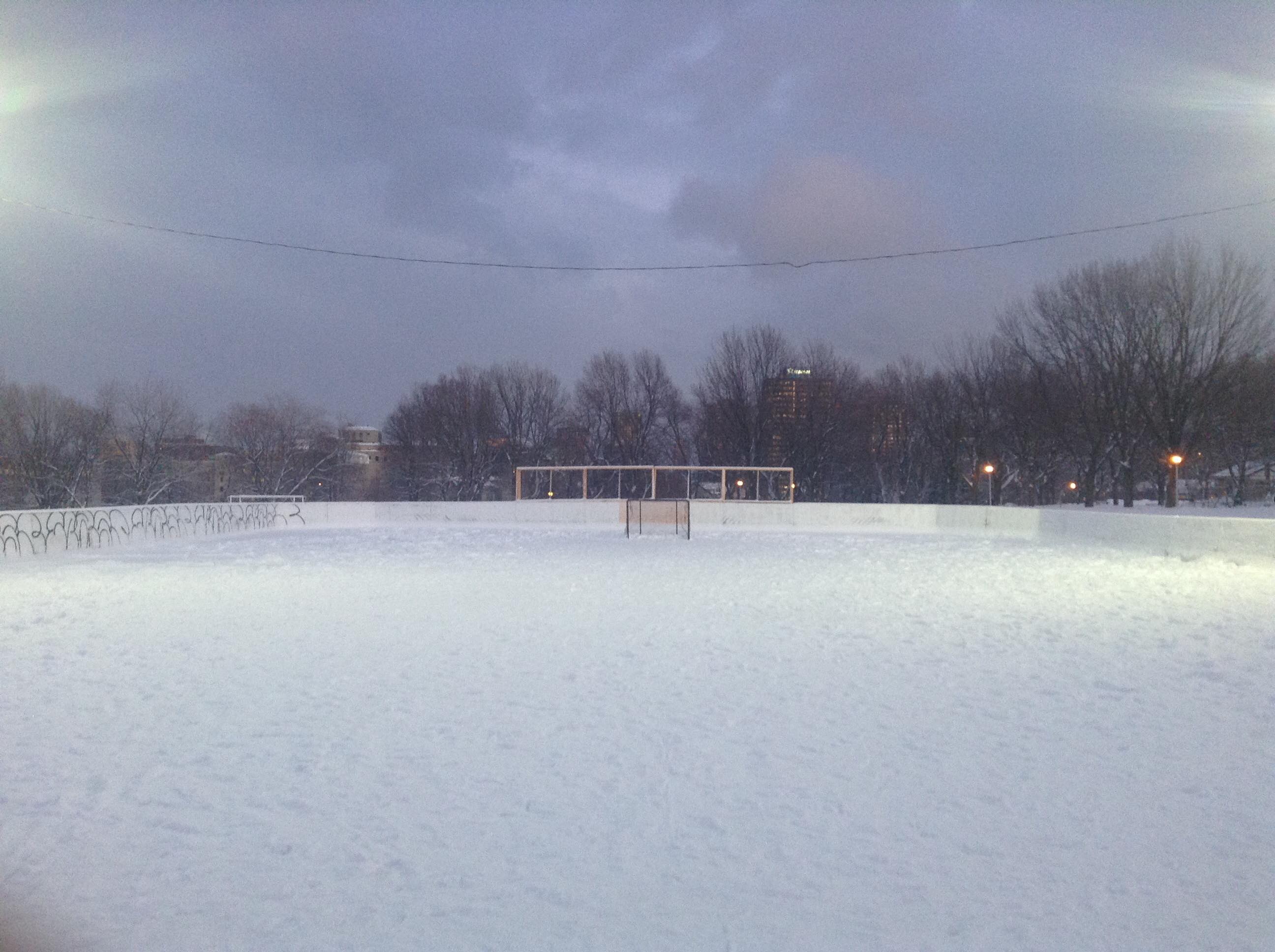 Growing up in Toronto, I played organised hockey every winter. From a young age, hockey was my favourite sport. My brother and I would go to our friends’ house to watch Hockey Night in Canada every Saturday and played for several teams across Toronto. However, the older I became and the more serious the game got, the less I enjoyed it. Injuries became more frequent, pressure grew on the players, and registration became more and more expensive. When I finally quit hockey midway through high school, the decision felt like the right one. The next winter, when I wanted to play again, I turned to shinny — the outdoor, improvised, free, and much more fun version of hockey. The lack of goalies meant that there were no big defensemen taking slapshots. The lack of equipment meant no one was hitting. The lack of a coach meant that no one was angry when an audacious trick failed. This felt like the way hockey was meant to be played, like the game that Roch Carrier plays in The Hockey Sweater. Throughout the rest of high school, I walked to my neighbourhood rink in Toronto twice a week to play, sometimes with friends, but often with strangers. Chief of Staff for the borough of Cotes-des-Neiges NDG, Daniel Sanger, described the practice in 2006: “As social interaction, it’s unique: virtually no other activity involves strangers gathering in a public place, with no prior organization or commercial exchange, and engaging in a pleasurable pursuit together. Playing.” Unfortunately, I soon noticed a difference between shinny and organised hockey. During my time playing for organised teams, there had always been at least a few girls. In shinny, there were hardly any women playing. In lieu of official organisation, the rink was often ruled by a very masculine bravado.

I learned that there were, in fact, many women playing shinny in Toronto. A heavily regulated schedule at most rinks stipulates playing times for different age groups, and many times when rinks are reserved for women to play. Toronto’s shinny programming is regulated to ensure that everyone gets a time to play. It is also far- reaching: in Toronto there are 53 artificially cooled public outdoor hockey rinks—the most in the world. In Montreal, there are 275 public rinks. However, the vast majority of these rinks are composed of natural ice, so they are sensitive to the air temperature and can easily freeze or melt. The boroughs in which the rinks are found are in charge of building them and maintaining them. Maintenance includes putting up boards, watering the ice, clearing it of snow, and recovering the surface after a warm spell. The more laissez-faire approach to rink building in Montreal is also present in its shinny programming.  Surveillants are rarely on site, meaning that regulations are only loosely enforced. The player-driven, self-regulated nature of shinny is healthy in Montreal. The games are fast-paced and high-level, despite the lack of referees or a scoreboard.

Unfortunately, this can also mean that not every hockey player finds the same joy in playing shinny. Ella Hough, a first year student at McGill said: “I’ve never actually played shinny mostly because I’m intimidated about different skill levels.” The nature of shinny does sometimes lend itself to an intimidating atmosphere. In open shinny, as in hockey, a game is often prone to becoming dominated by men, leading many women to feel unwelcome at the rink. In my two years of playing shinny in Montreal, I’ve only rarely played with women. For young people too, joining in a game can be intimidating. “When there a lot of older people there, sometimes the game is too intense,” says David, a thirteen year-old hockey player from Montreal. The free attitude towards shinny means that there are few times reserved for different groups. The lack of surveillants, too, means that even if there were times reserved for different groups, the reservations would be difficult to enforce. Perhaps the structures that were in place to make women feel welcome in organised hockey are what is missing from Montreal’s shinny scene.

However, more regulation is not always better. The games in Montreal are generally more fun. Less regulation means not having to wear a helmet, playing whenever one wants, and generally feeling that worry-free sensation that is crucial to shinny. On the other hand, Toronto’s regulation-heavy shinny system means that more people feel encouraged to play, and safety takes precedence. Specified times for women, young people, and programs for at-risk youth mean that all levels of players can join in. As a game, shinny remains the best way to play for me, and many others. It is free, enjoyable, and outdoors. I’ve met many former teammates from my organised hockey days here in Montreal. Whether we’re playing at Jeanne-Mance after school, or back home in Toronto during the holidays, shinny is a way for us to reconnect.

Shinny, then, is an interesting game: one that is essentially rule-less, relying instead on an understanding between players that the ultimate goal is to have fun. Often, though, talented players are discouraged from joining in due to that fragile understanding. A lack of regulations means that women and newer players can feel unwelcome. The lack of rules is both essential and detrimental to the game of shinny. It is important to find that balance, whether in a single night’s game or in the entire layout of a city’s rink programs. For now, shinny in Montreal remains crucially free of regulation, but it is also important to notice how that lack of regulation can hinder some players’ eagerness or ability to join in.