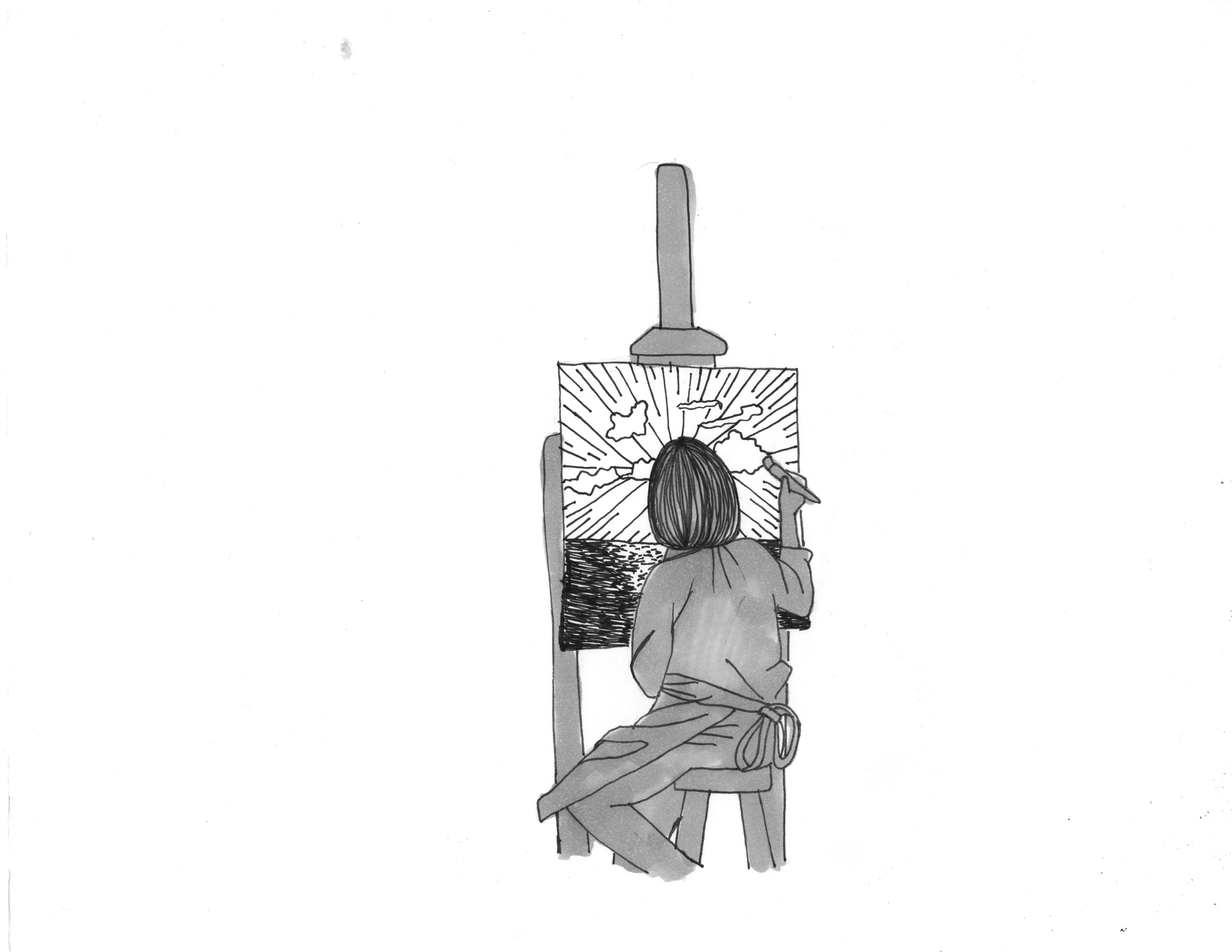 When I’m prescribed a new medication, one of the first things I do (besides going to the pharmacy to fill the prescription) is look on forums and websites to see potential side effects of the medication — places like the r/bipolar subreddit, patientslikeme.com, and the section of the medication’s wikipedia page dedicated to the possible side effects, how frequent they are, and their severity. The most common side effects tend to be drowsiness and weight gain, but something that is perhaps more concering than clinicized symptoms is the continuous mention, over and over again, of a stifling of creativity due to medications.

Many people worry that medications made to treat mental illness will drain their creative juices, leaving them unable to create or perform the way they once did. This is something that I have struggled with, as well. Prior to my diagnosis and the chaos that is university life, my camera was basically attached to my hand; I wrote fairly frequently; I listened to music almost non-stop. But between a lack of time and a lack of inspiration, the things that I once considered integral to who I was became little more than a passing thought on most days.

But between a lack of time and a lack of inspiration, the things that I once considered integral to who I was became little more than a passing thought on most days.

However, after finding a medication which works for me, along with a regular regimen of cognitive behavioural therapy, my love of art and creation began to come back. Without the debilitating exhaustion caused by depressive episodes and the whiplash-inducing speed with which I veer from topic to topic while hypomanic, I am able to create much more consistently. Why, then, do I occasionally wish for just a little bit of heartbreak, a little extra sadness?
There are plenty of cultural references, both modern and historical, to feed the “tortured artist” trope. Many accomplished artists led lives shrouded in sadness: Jim Morrison, Janis Joplin, Jimi Hendrix, Kurt Cobain, Amy Winehouse, and the rest of the members of the “27 club,” for example, which have been a topic of discussion since Kurt Cobain’s death in 1994. Over the past several years, the suicides of Robin Williams and Chester Bennington have caused increased discussion surrounding the treatment of mental illness.

This is not, however, a modern invention. The phrase poète maudit, meaning accursed poet and associated with writers living “outside society,” often resulting in early death, was popularized in the 1800s. Edvard Munch, who painted “The Scream” in 1893, suffered from anxiety and hallucinations. Vincent Van Gogh was known for his attempts to poison himself by eating paint and drinking turpentine. Virginia Woolf filled her overcoat pockets with stones and walked into the River Ouse. Lord Byron once said, “We of the craft are all crazy. Some are affected by gaiety, others by melancholy, but all are more or less touched.”

Popular science has elaborated on this correlation: there are countless articles, and even books, about the relationship between mental illness and creativity. A 2012 study from researchers at the Karolisnka Institutet claims that creative professionals are eight per cent more likely than the general population to be bipolar, and writers in particular are 120 per cent more likely to be bipolar. A 2015 study by researchers from a biological research company called deCODE genetics claims that “creatives” are 17 per cent more likely to carry genetic variants that increase the risk of bipolar disorder or schizophrenia than non-creative types. However, others question these claims: Scott Barry Kaufman, a psychologist at the University of Pennsylvania, says that “any particular set of genes is only going to explain a very small part of variation in any psychological trait.”

Research shows that there may also be a link between an artist’s personal life and how their art is evaluated. This has been coined the “eccentricity effect” by Wijnant A. P. Van Tilburg, a researcher at King’s College London. In a 2014 study, Tilburg et. al. found that when they created a fictional Icelandic artist named Jón Stefánsson, evaluation of Stefánsson’s art was more positive when a short introduction noted that “on the personal level, Jón Stefánsson is often described as very eccentric.” In a separate cohort of the same study, Tilburg showed photos of Jón Stefánsson — in the “low eccentricity condition,” the man is dressed ordinarily and has short hair; in the “high eccentricity condition,” the man is skinny, with half-long hair combed over one side of his head, wearing a black shirt and vest. The perceived eccentricity had a significant positive effect on the evaluation of Stefánsson’s art.

The pressure to appear interesting in order to be taken seriously as an artist, or even as a person, can be overwhelming to anyone attempting to form a sense of style — in my experience, this is compounded when trying to recover from mental illness. In my teen years, while my peers were developing a constructive sense of self, I was frankly struggling to stay alive. There is a phenomenon known as “identity moratorium,” where an adolescent in crisis is unable to make a commitment to roles or values which form an identity, and this was definitely true for me. When entering treatment, I found that so much of my sense of self was wrapped in self-destruction and mental illness that I did not know who I was or who I could become. A desire to go to art school further complicated this, as I felt that being healthy and happy would detract from the valorized “interesting” persona. This took multiple years of therapy to overcome, and is a thought that still plagues me during particularly difficult times.

In therapy, I now discuss how to do things that are both “good” and “right.” Often we do things that are good ó they make us feel better, they bring us comfort — and wrong. Things at this intersection can include anything that goes against one’s own set of morals. For me, this has included self-harm and substance abuse. Art can be good and right, or good and wrong, or even bad and wrong. Art therapy exists for a reason, and the simple act of creation can be transformative. Countless artists, myself included, take this to an unhealthy extent, torturing themselves for art, because it is said that the best art makes you feel something, and it is often easier to put pain on paper than joy. It is my contention that it is not necessary to feel this pain in order to create something meaningful, and that the world (and art) would be better off if more people believed that happy people can still make eloquent, even sad, art.

Countless artists, myself included, take this to an unhealthy extent, torturing themselves for art, because it is said that the best art makes you feel something, and it is often easier to put pain on paper than joy.

A 2009 meta-analysis by Mark Davis, a researcher at the University of North Texas, found that a “positive mood enhances creativity.” In addition, “those in the creative professions [are] no more likely to suffer from psychiatric disorders that other people.” In my experience, happiness (or even just contentedness) and creation can and do overlap. When I think of the years that I lost to mental illness, I mourn the me that could have been — a me that was more able to take and edit photographs, rather than laying in bed for days on end, a me unafraid to try new media (I’ve always wanted to try sculpting), a me with more harnessable energy, rather than energy that seems to only channel itself into destruction. In periods of stability, I am infinitely more able to create, and I wonder how my art could have grown if I had had the consistency that untreated bipolar disorder has stolen from me. If I had been more confident that recovery was the right direction for me, I could’ve avoided so much pain and suffering.

My greatest fear about this discussion is that the trope of the tortured artist leads to the creation of real tortured artists, as it has become so deeply ingrained in popular discourse that artists just aren’t happy. If they are happy, they’re not just happy, they’re eccentric; there’s no room to be both a regular, well-adjusted person and an artist. I’m not saying that artists should attempt be forced to happiness. I am saying that they should have the option to do so, and still be taken seriously as an artist.