Tips and tricks to study better

How your study environment may be working against you 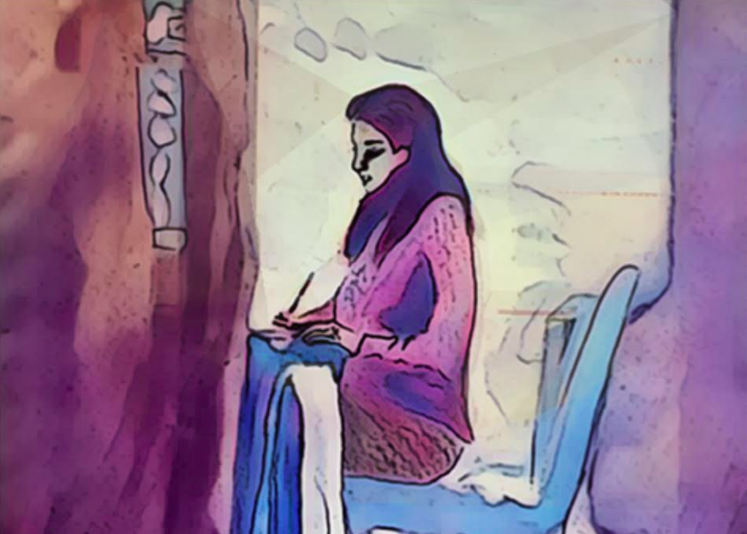 Dedicated to my brother, and others like him, who could probably use this advice…

Having recently finished my undergraduate degree in psychology, I spent many long hours in the library working side by side other students diligently writing essays and doing practice problems. Here I noticed that it is just as common to see a student working as watching Netflix, or scrolling through Instagram (both of which I have been guilty of). I would like to propose that a simple concept, called Affordance Theory, helps explain this behaviour. I make the case that by being aware of the psychological implications of Affordance Theory, any student can become a more productive studier (just in time for finals).

Affordance Theory, first introduced by 20th century American psychologist James J. Gibson, belongs to the domain of Perception. Gibson’s theory suggests that objects in an environment not only convey perceptual information such as shape, depth, and colour, but also information about possible actions that one can take in such an environment, which he called affordances. Gibson suggested that it is our perception of the environment that thus leads to certain actions. An object’s affordances are processed subliminally, meaning, you don’t need to consciously consider the fact that a button affords pressing, or a cup of water affords drinking — your brain registers such information automatically. I would argue that it is by ignoring, or being unaware of, this beautifully simple idea of environmental affordances that many students ultimately fail when they sit down to study. Whether it’s your cellphone’s delicate buzz emanating from your pocket, or your warm bed just visible in the periphery of your vision, these everyday comforts ultimately become “study hazards.”

In order to help students (or anyone who wants to become more productive) make better use of their time, I have put together this simple list of tips and tricks to “out-smart” your senses and study better.

Avoid studying in your bedroom, especially your bed

If you’re in your bedroom, chances are your mind isn’t focussed on studying. It’ll be distracted by thoughts of sleeping, gaming, or whatever else you do in your bedroom. A closely related idea to affordance theory is the psychological principle “goal priming.” This principle suggests that we are subconsciously prompted by our environment to pursue certain goals. For example, when you cozy into your bed to study, your brain will associate this action with the goal of sleeping: you become drowsy, you rest your eyes for a minute, until all of a sudden, you’re asleep. Typically, this is not a productive mental state when you are trying to write an essay or study. It is also for this exact reason that we are advised not to read, watch TV, or eat in our beds, because then we begin to associate the bed with waking activities rather than with the (arguably) most important goal of a bed: to sleep. For similar reasons, it is advisable not to study in your kitchen or living room because these environments also prompt goals like eating or relaxing.

The idea is simple here  —  take an environment used to engage in a certain, specific range of tasks, and then try to engage in another task unfamiliar to that environment, and it will produce a goal conflict. If studying is already a challenge for you do not add additional conflicts of interest through the environment.

Study in an environment designed for studying

The best way to move beyond these goal-priming conflicts is to consistently study in an environment designed for studying. The most likely environment is probably your university library, but could also be a public library, a quiet café, a group study area, etc. Experiment in order to find the environment that works best for you, but always keep in mind that all environments prompt subconscious goals that may be working for or against your desire to study.

Consider the technological distractions in your environment

Your phone is addictive. Yes, it is. Whether you’re drawn to your Snapchat notifications or YouTube, your phone can be considered a potential source of behavioural addiction. A behavioural addiction may not produce a physical dependance like alcohol, heroin, or many other drugs, whose addiction is characterized by tolerance (acclimation to certain levels of the substance such that more of the substance is needed to produce the same effect) and withdrawal (removal of the substance produces both negative physical and psychological symptoms). Instead, a behavioural addiction is characterized by an addiction to certain behaviours which produce rewards. Hypothetically, any behaviour can become addictive, especially ones with high reward value, such as gambling (winning feels good), eating (food tastes good), or social media (social approval feels good).

Social media interactions provide social feedback which provides us with a wealth of information as to our social approval index and friend network, and also allows us to form relative comparisons between ourselves and others. The danger lies in deriving our own self-value, or self-esteem, from these contrived, virtual interactions. The more we engage with these websites, the more focussed we become on our own relative standing in the social media microcosm.

Where am I going with this? This conversation surrounding social media touches upon the experience of many students who frequent social media websites daily, or hourly. Simply put, it is hard to concentrate on studying when you are thinking about how many likes you may have gotten on your latest Instagram post or whether or not that attractive person has accepted your FB friend request. In order to truly focus on your task at hand you must try to eliminate these cognitive distractors by minimizing their presence in your environment. Accomplish this easily with these tips:

a) Hide your cellphone or set it to “do not disturb” mode.

b) Minimize your engagement with technology when studying by relying on only books, pen, and paper. If you must use your laptop when studying, turn off the internet to minimize incoming distractions.

c) Temporarily deactivate your accounts during intense study periods such as midterms or finals.

By being cognizant of the subtle ways your study habits may be undermining your own academic success, you can shield yourself from their detrimental effects and focus on the task at hand — learning! Despite the drudgery of hauling oneself to McLennan in the freezing cold, and the absolute monotony of writing final exams, with these study tips, I hope you can make better use of the time you put into your work!